Yuelarbah walking track is in Glenrock State Conservation Area. Here are just some of the reasons why this park is special: 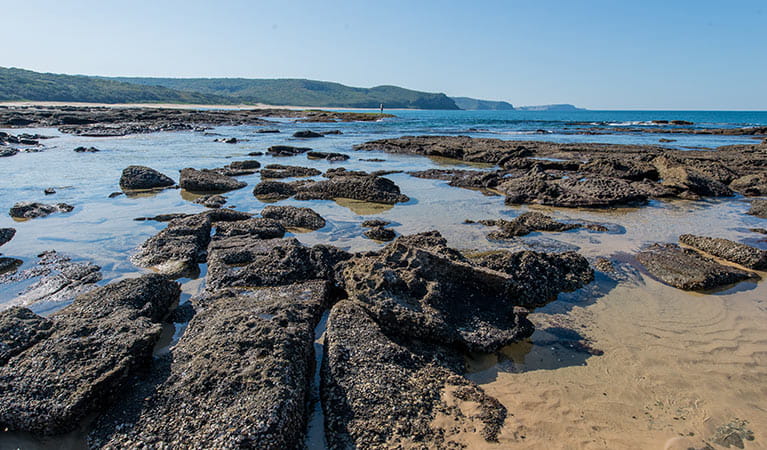 Glenrock boasts a diverse environment from deep gullies to coastal rainforest, beaches and rocky cliffs. A major feature is Glenrock Lagoon, fed by Flaggy and Little Flaggy creeks to the west. The sandstones in these creeks have resisted erosion, resulting in attractive waterfalls and rockpools for which the area has long been renowned. When you've explored the inland, head for the surf at Dudley and Burwood Beaches. And keep an eye out for fossils, which you can find throughout the park. At Dudley headland, you can see fossilised tree trunks embedded in the rock platform.

Glenrock State Conservation Area is the traditional land of the Awabakal people. They favoured the area for the abundance of food, including marine life and bush tucker, as well as the stone and clay resources available here. The park today contains a number of ancient Aboriginal sites, including campsites, middens and axe grinding grooves. You can find out more about the Aboriginal cultural heritage of this park on an Aboriginal Discovery tour. 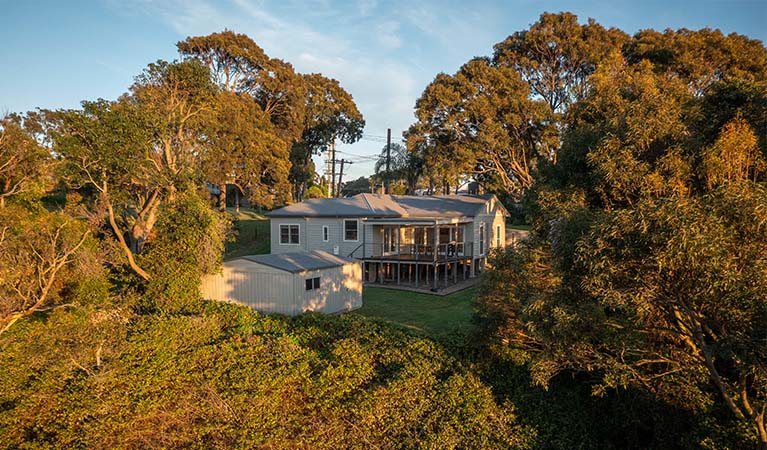 Glenrock State Conservation Area has more than 145 recorded historic sites, including the remains of NSW’s 1st railway tunnels, Australia’s 1st commissioned copper smelter, and Australia’s 1st road and tram tunnel, Mitchells tunnel. There’s also a unique coastal railway on Burwood Beach, and one of the oldest and best preserved remains of a 19th century coal mine in the Hunter, the Burwood Colliery. 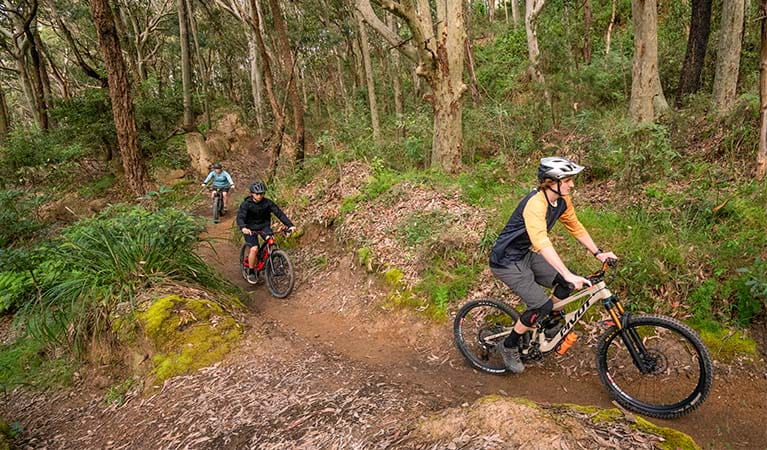 Glenrock is magnificent for mountain bike riding, with trails suited for beginners through to advanced. 14km of single track and 20km of management trails wind through open forest and woodlands in the northern half of the park, with coastal views along the way. If you prefer to travel on foot there are excellent walks, including the Yuelarbah track, part of the Great North walk from Sydney to Newcastle. Horse riding is also permitted on some trails. And experienced hang gliders have a choice of two launching pads within the park and will enjoy stunning views of the Newcastle coastline. 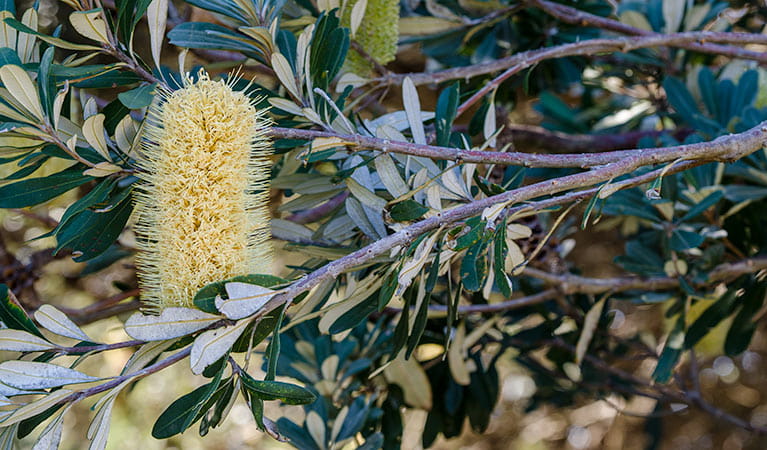 Glenrock State Conservation Area has a diverse range of plant life, with over 70 plant species per hectare. A nature wonderland, the area conserves several significant vegetation communities, including 5 threatened ecological communities and 7 threatened plant species, including pink bells, coastal bush peas and white-flowered wax plants. It’s also home to over 140 species of birds, echidnas, bats and gliders. And during migration season you can spot whales from the many coastal lookout points in the reserve.

The humpback whale has the longest migratory path of any mammal, travelling over 5000km from its summer feeding grounds in Antarctica to its breeding grounds in the subtropics. Its playful antics, such as body-rolling, breaching and pectoral slapping, are a spectacular sight for whale watchers in NSW national parks. 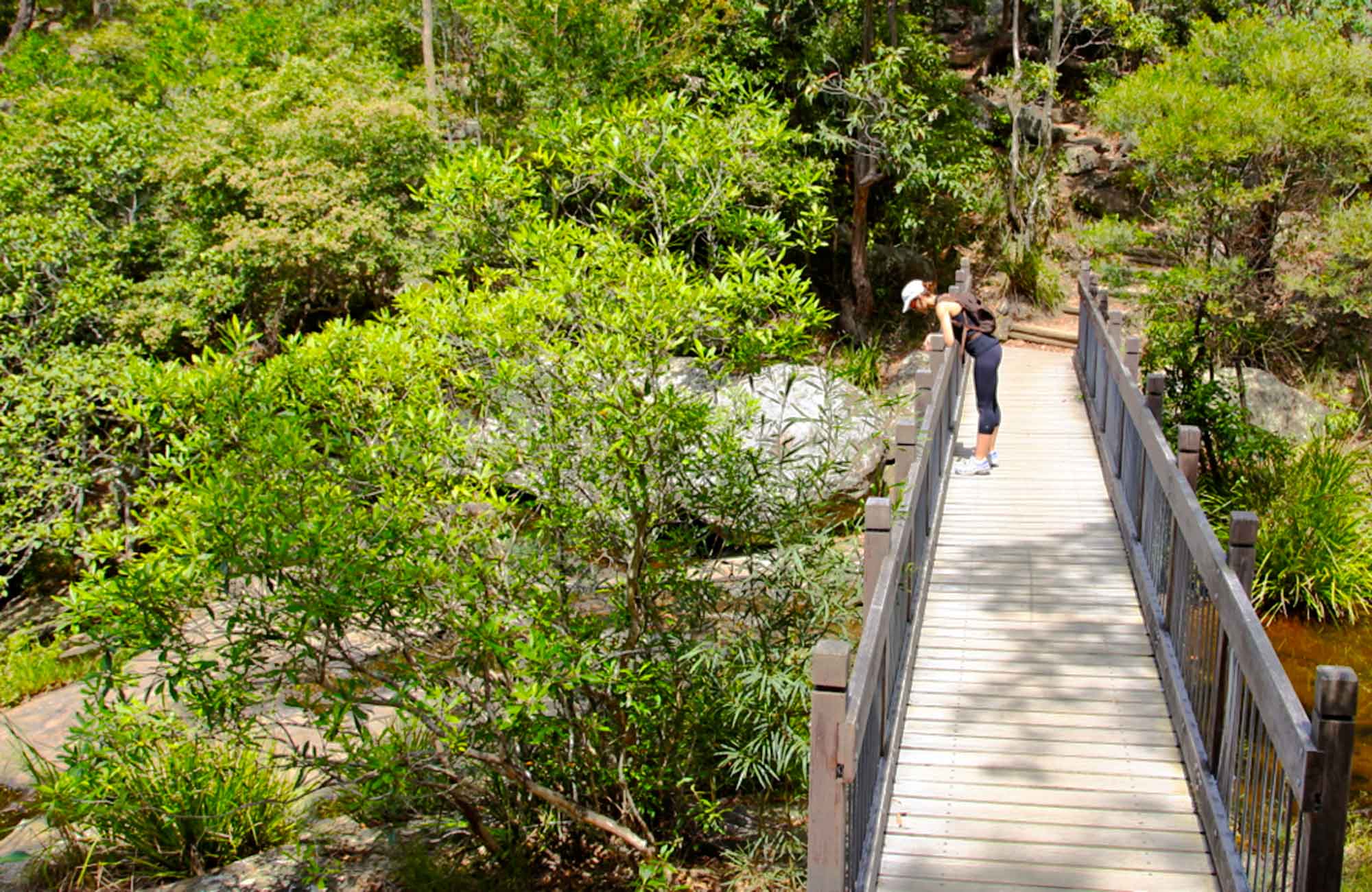