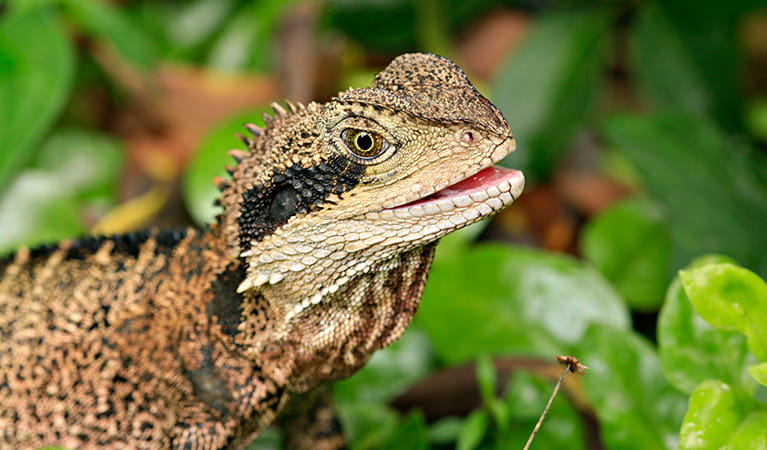 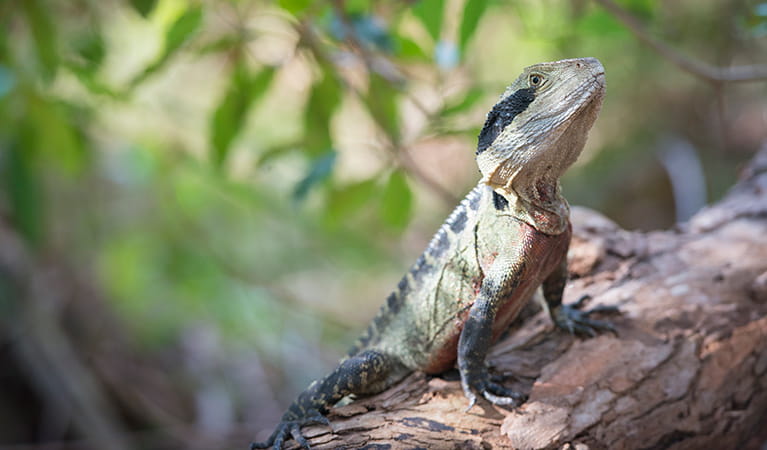 The eastern water dragon is a subaquatic lizard found in healthy waterways along eastern NSW, from Nowra to halfway up the Cape York Pensinsula. It’s believed to be one of the oldest of Australian reptiles, remaining virtually unchanged for over 20 million years.

The eastern water dragon is a medium to large-sized lizard which is olive to brown in colour with a dark stripe behind its eye and a reddish tinge at its throat. It has a row of spines which runs from its head down its back.

These subaquatic lizards can usually be found sunning themselves on rocks or branches along creeks and rivers, but are powerful swimmers too. 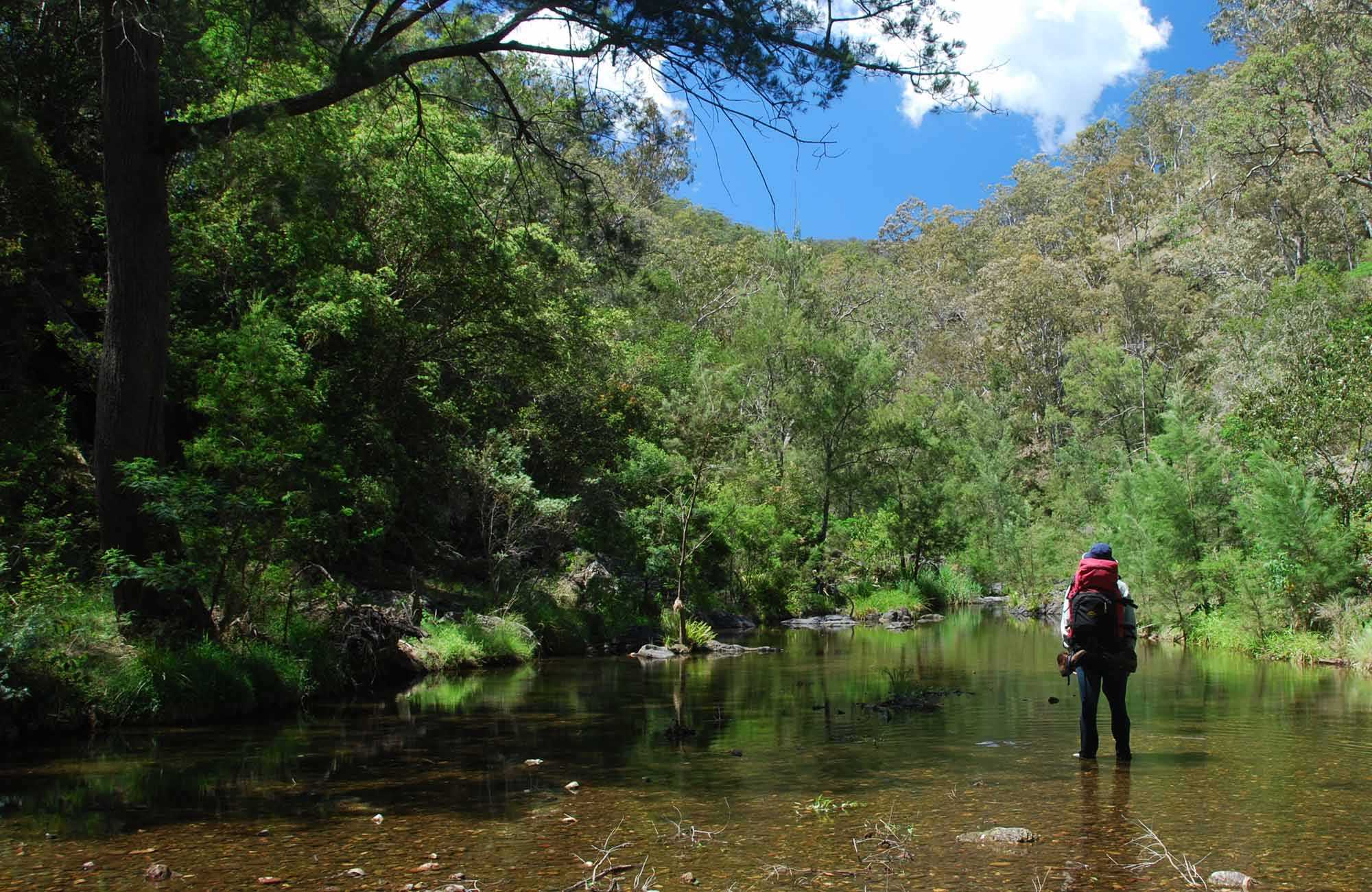