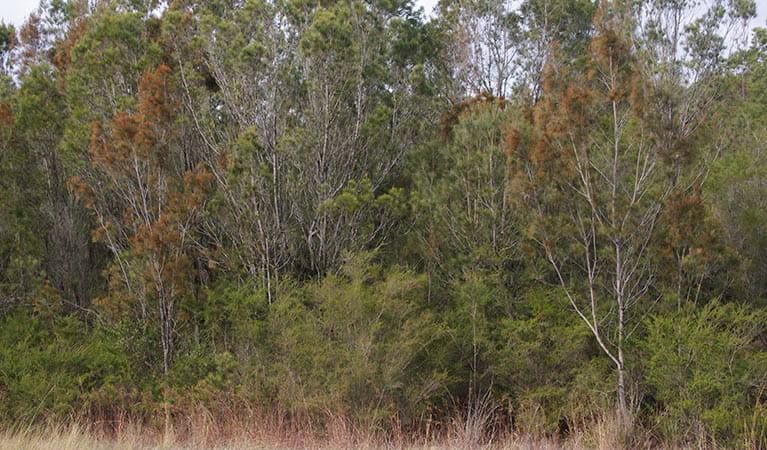 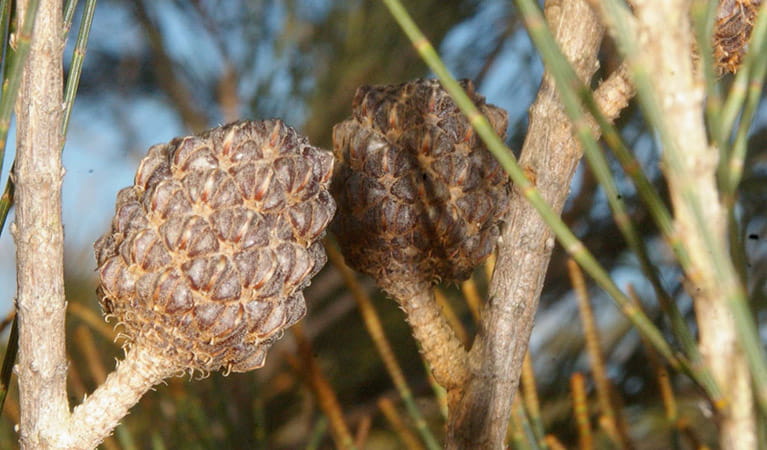 The black sheoak is one of a number of casuarina species found across the east coast of Australia and nearby tablelands. Growing to a height of 5-15m, these hardy Australian native plants can survive in poor or sandy soils. The barrel-shaped cone of the black sheoak grows to 10-30mm long.

The black sheoak, or casuarina, can grow in heathland and forest. It has needle-like branchlets of 20-30cm in length which may resemble a pine tree from a distance, although sheoak is actually a flowering plant. The cone of the black sheoak grows from the woody tip of the red-coloured sheoak flower. The male sheoak doesn’t bear fruit, and is sometimes referred to as a ‘heoak’.

The largest of the casuarina species is the river sheoak, found along waterways in south-eastern NSW. 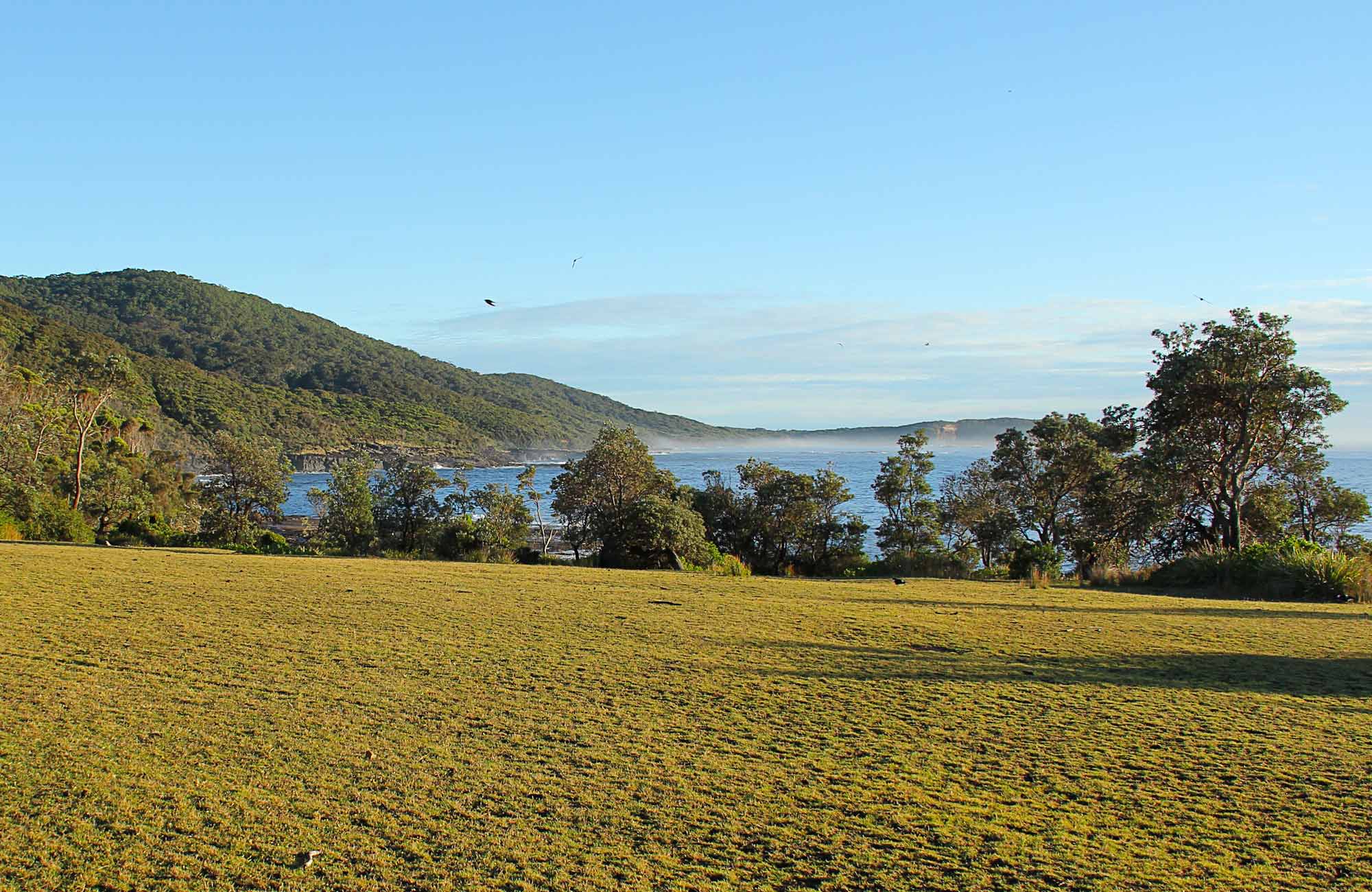