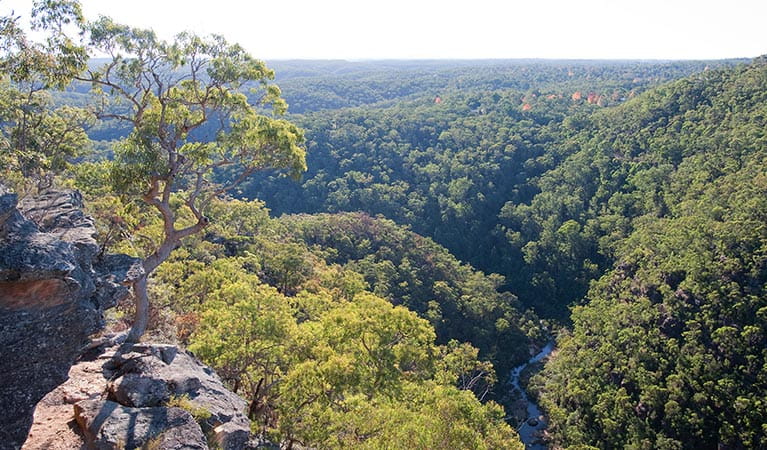 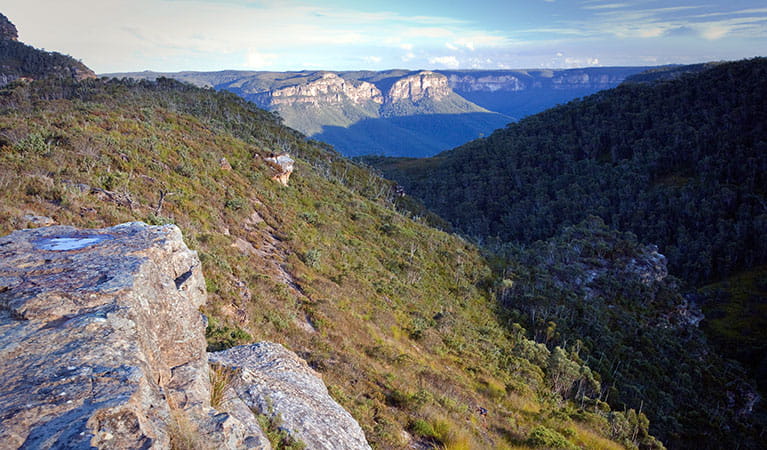 Eucalypt forest environments, also known as sclerophyll forests, are characterised by towering gumtrees up to 70m tall. They include a high number of gumtree species and are found throughout coastal NSW. These striking trees are home to an abundance of wildlife including one of Australia’s favourite native species, koalas.

Eucalypt forests can be wet or dry forests, depending on rainfall and soil type, and are found throughout coastal NSW.

The high open-tree canopy of eucalypt forests gives way to thriving undershrubs made up of ferns, soft-leaved shrubs and herbs. This attracts many species, such as gliders that like to shelter by day in gumtree hollows. It makes for a spectacular environment in which to enjoy walking, cycling or car touring.

There are over 30 eucalypt species commonly found in NSW, including northern and southern blue gums, mahoganies, peppermint and green-leaved ashes. 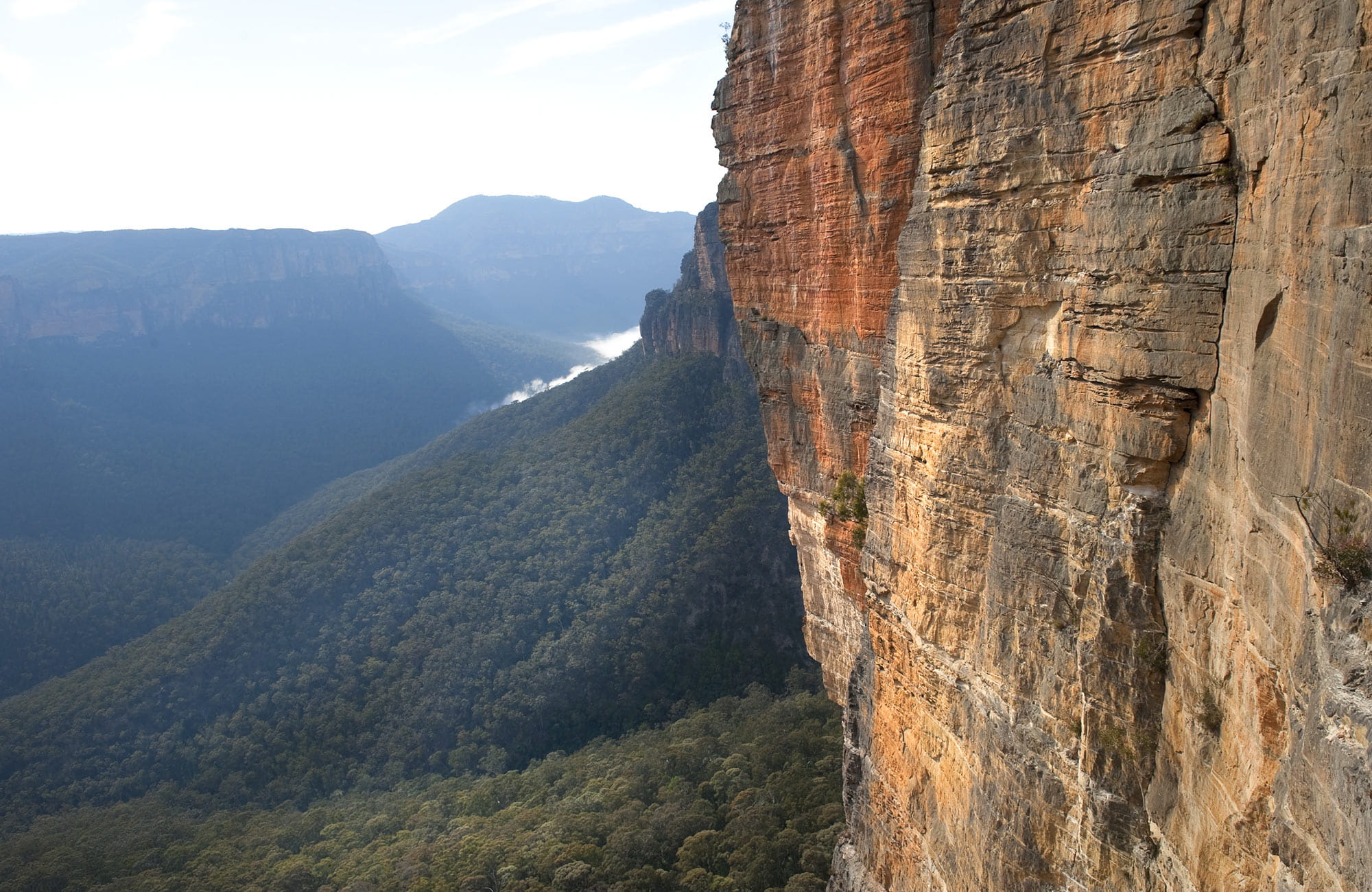