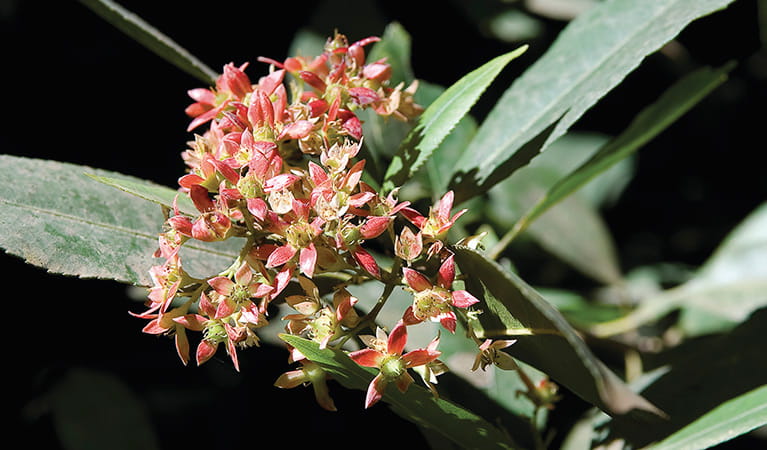 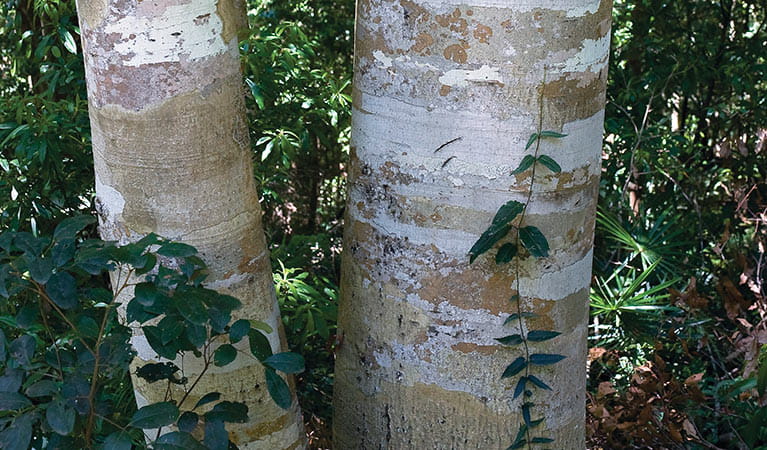 Coachwood trees are Australian native plants that grow in warm temperate rainforests along coastal NSW. Also known as scented satinwood, the mottled grey bark of the coachwood has horizontal markings and a delicate fragrance.

Coachwood is a commonly occuring Australian tree which grows from Batemans Bay district to McPherson Ranges.

The tall straight trunk of the coachwood usually grows to a height of 15-25m. The smooth grey bark has distinctive horizontal ridges that often encircle the trunk, and grey to white lichens give the coachwood tree a mottled appearance.

Coachwood can grow in relatively poor soils in gullies and along waterways. This Australian native plant flowers from spring to summer, with a mass of white flowers, followed by red fruits that attract the colourful king parrot. The branches of the coachwood are a favoured roost for the powerful owl. 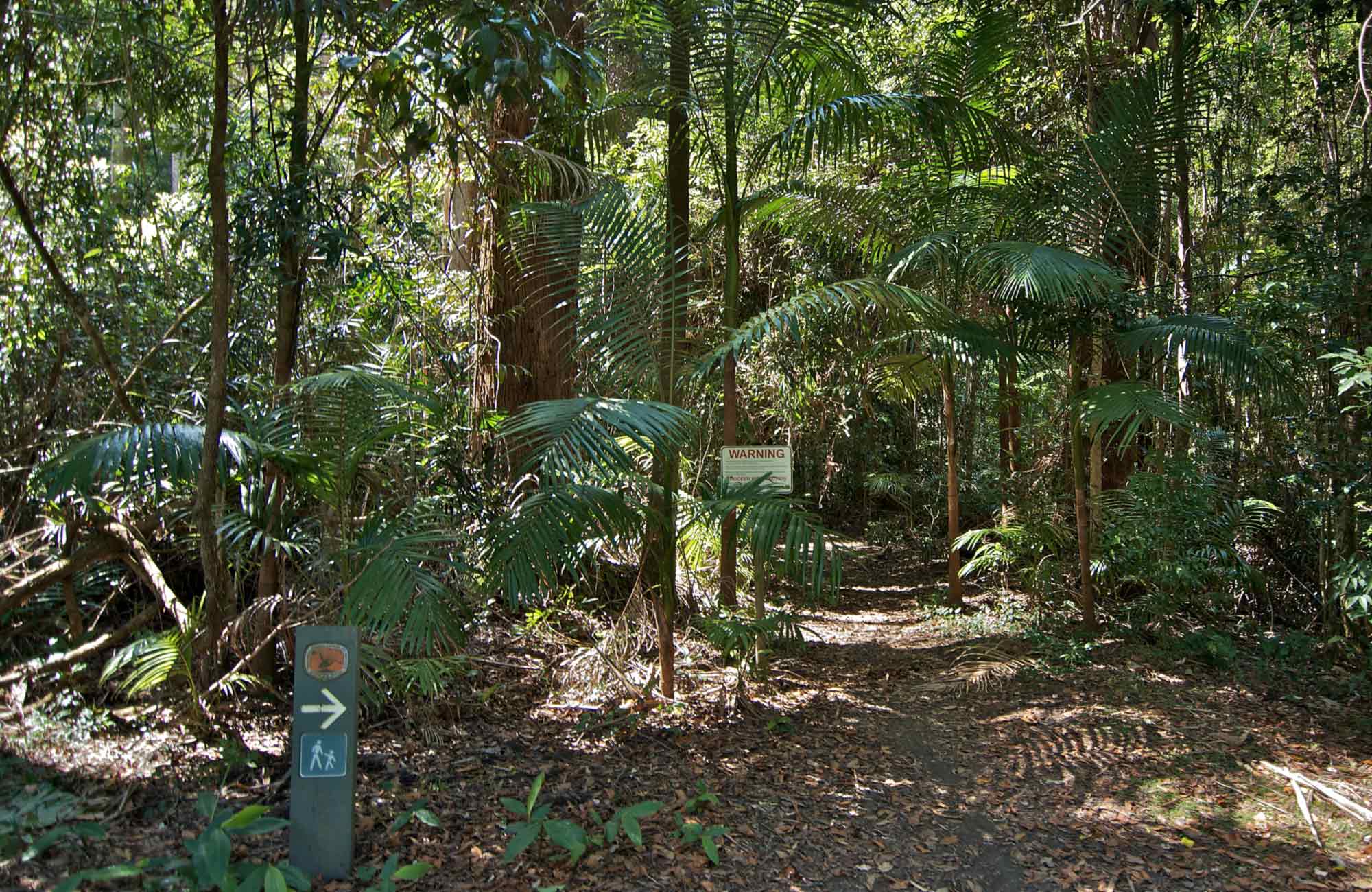