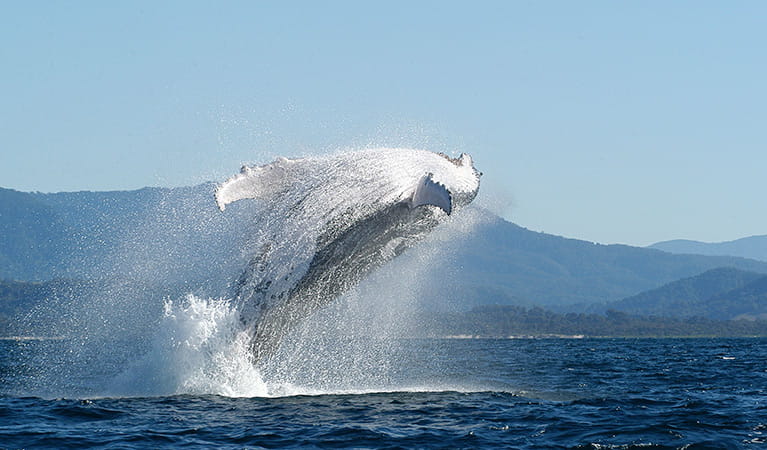 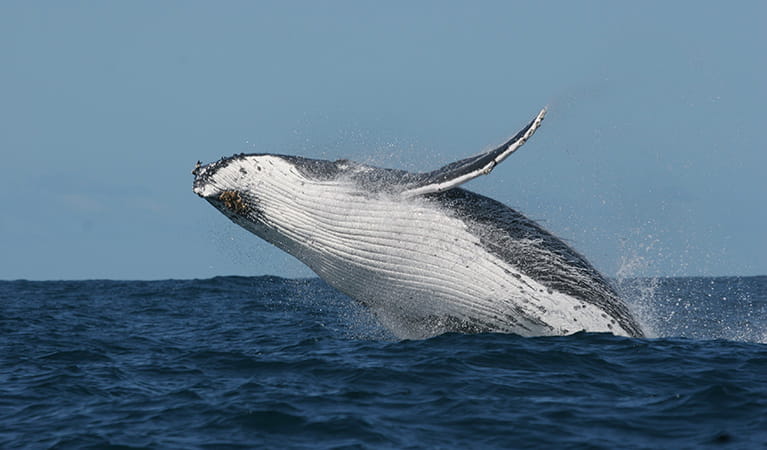 The humpback whale has the longest migratory path of any mammal, travelling over 5000km from its summer feeding grounds in Antarctica to its breeding grounds in the subtropics. Its playful antics, such as body-rolling, breaching and pectoral slapping, are a spectacular sight for whale watchers in NSW national parks.

At the speed of a brisk walk, humpback whales leave their summer feeding grounds in the Antarctic to breed in the subtropical waters off the coast of Queensland.

If you’re keen on whale watching, you can spot humpback whales heading north off the NSW coast between May and July, and heading on their way back to Antarctica from September to November.

Often, the first sign of a humpback whale’s presence is its 'blow' – a cloud of vapour released when it breaks the surface to breathe. You may also spot their round-shaped spout, tail, or large pectoral fin with its white underside. 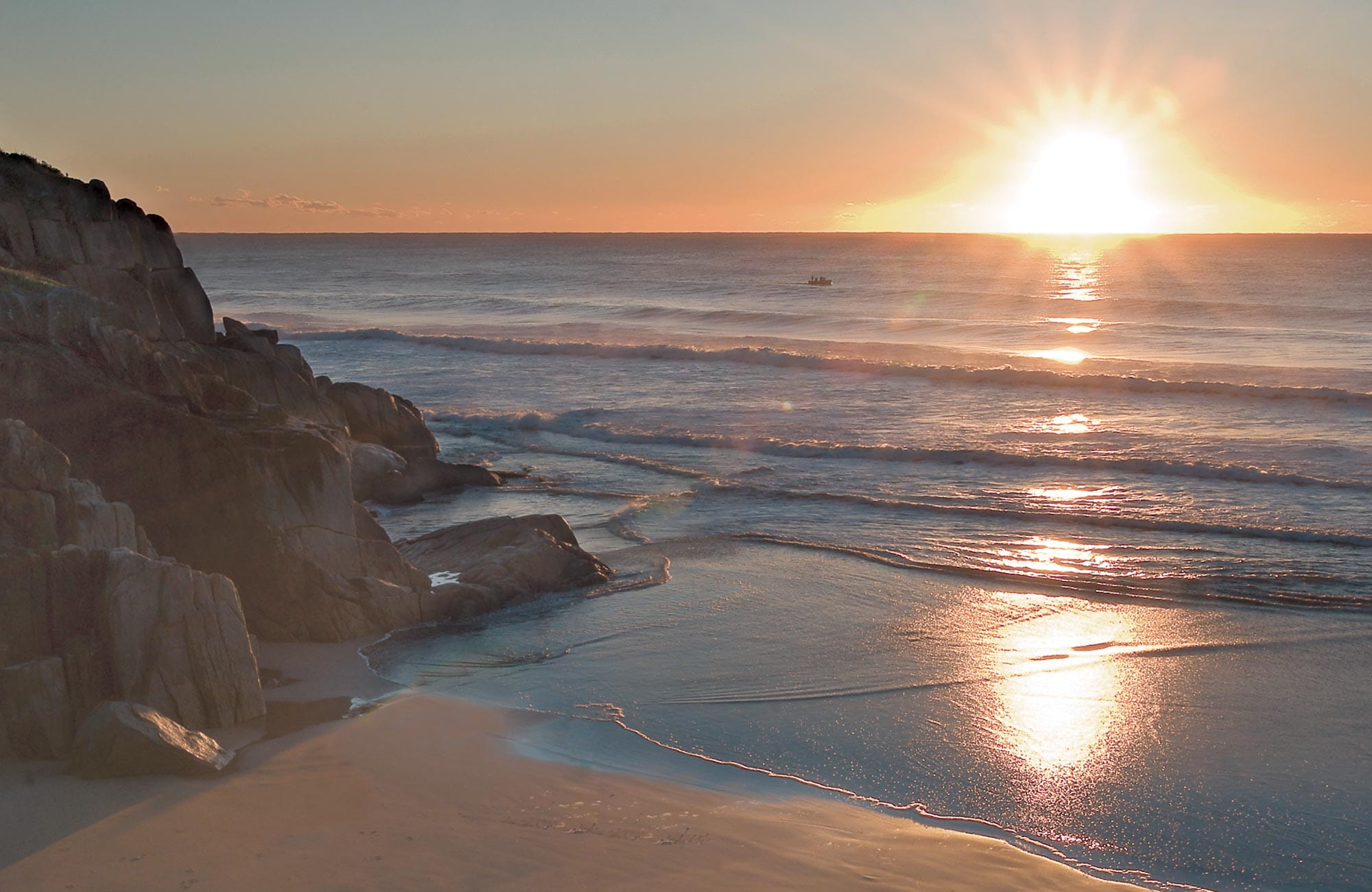