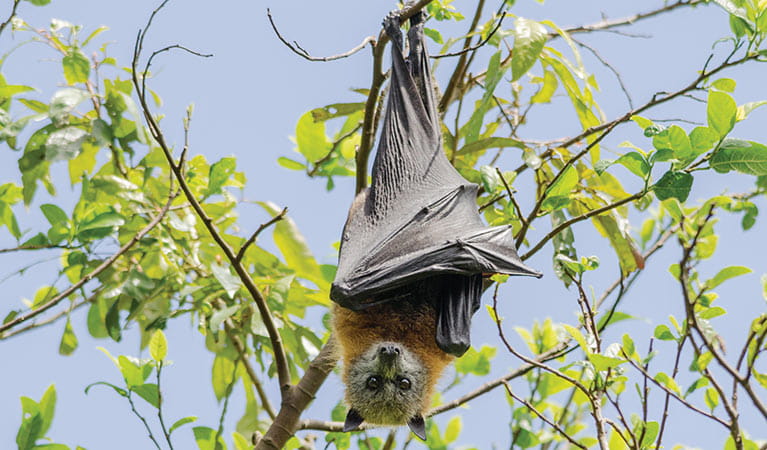 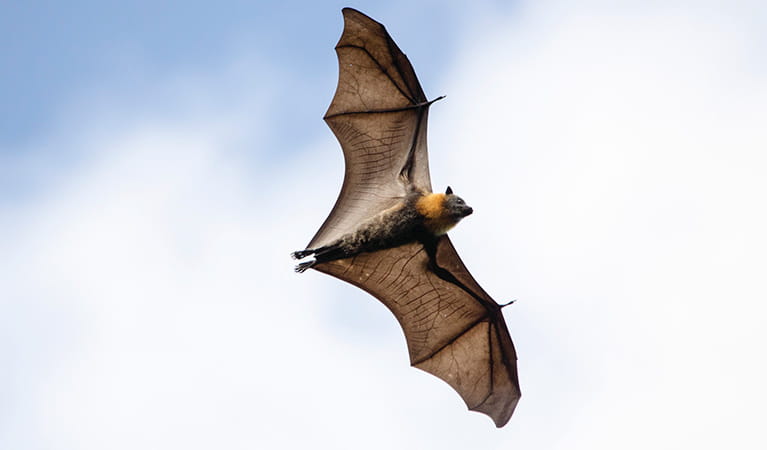 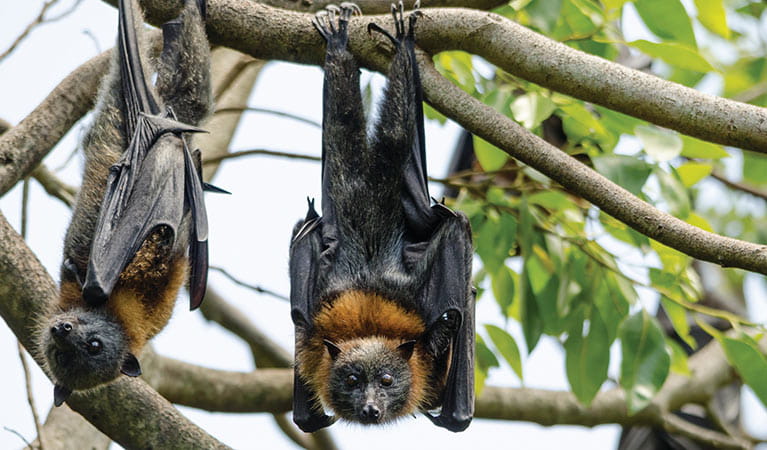 The grey-headed flying fox is one of several threatened Australian animals and the largest Australian native bat, with a wingspan that extends up to 1m. Known to inhabit woodlands, rainforests and urban regions, these fascinating nocturnal mammals congregate in large roost sites along the east coast of NSW.

The grey-headed flying fox has a dark-grey body, a light grey head and a reddish-brown neck collar of fur. Known to inhabit a range of environments including woodland, rainforests, swamps and urban areas, the grey-headed flying fox is found along the east coast of NSW and is one of several threatened Australian animals. Its diet consists of over 80 types of fruit and blossoms, in particular eucalypt flowers, native figs, and orchard fruits.

During the warmer months, these bats congregate in gullies with dense canopy at roost sites, known as camps, where their numbers can peak at 200,000. Females form maternity camps several weeks before giving birth in September, and later, after the young are weened, adult males join the colony. 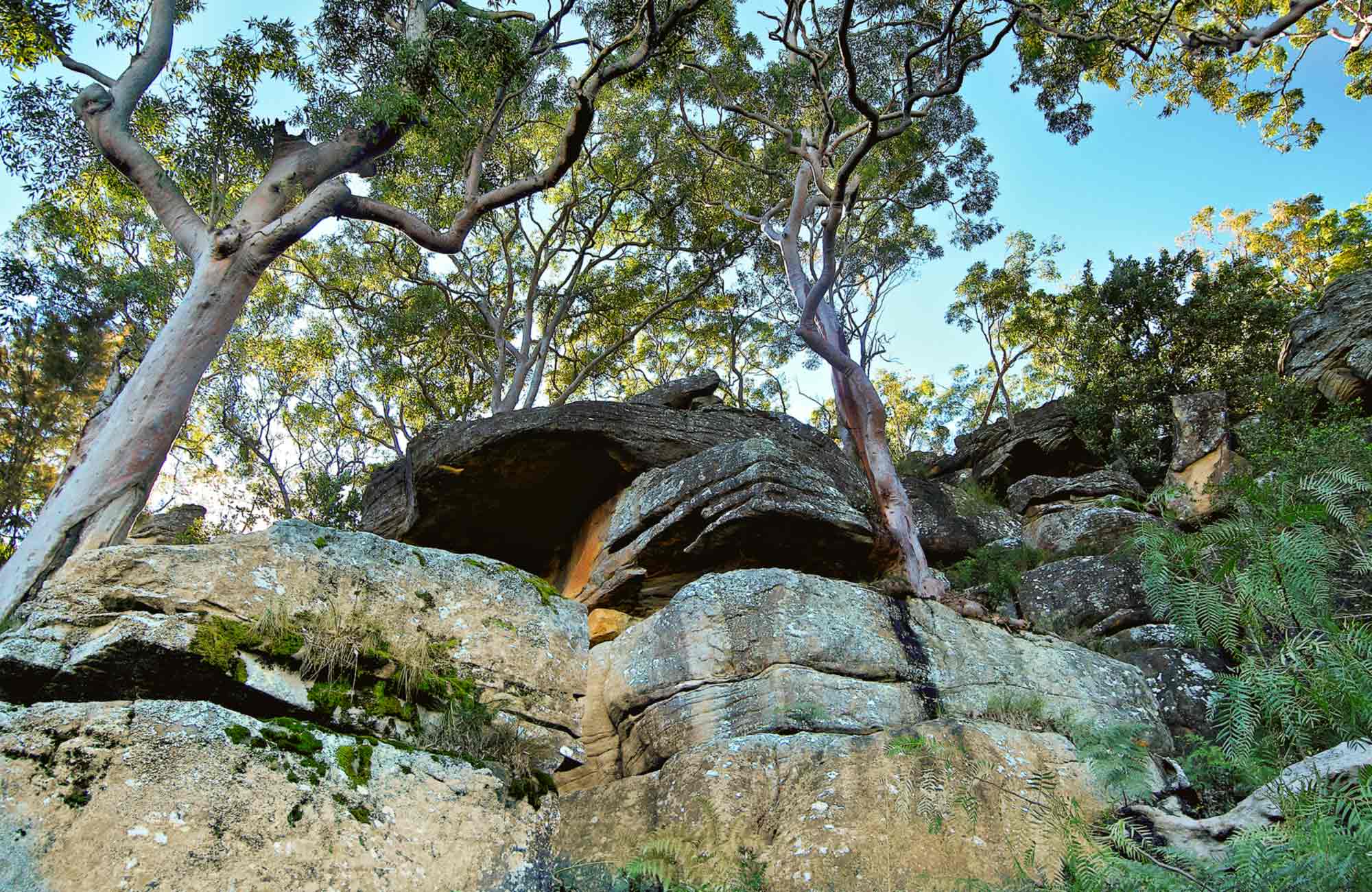