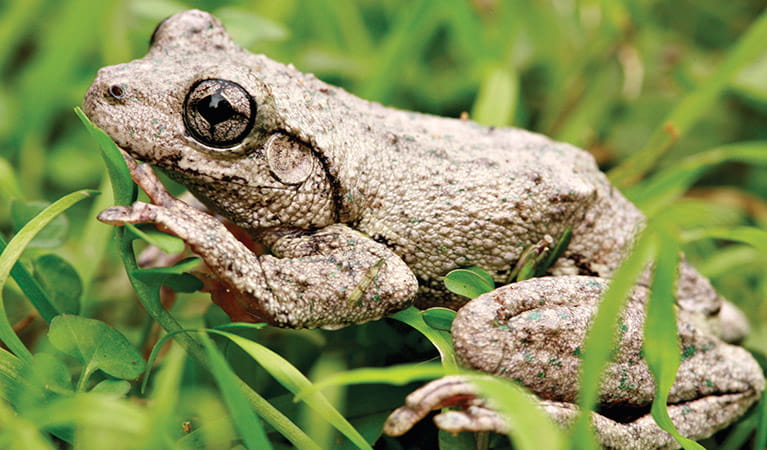 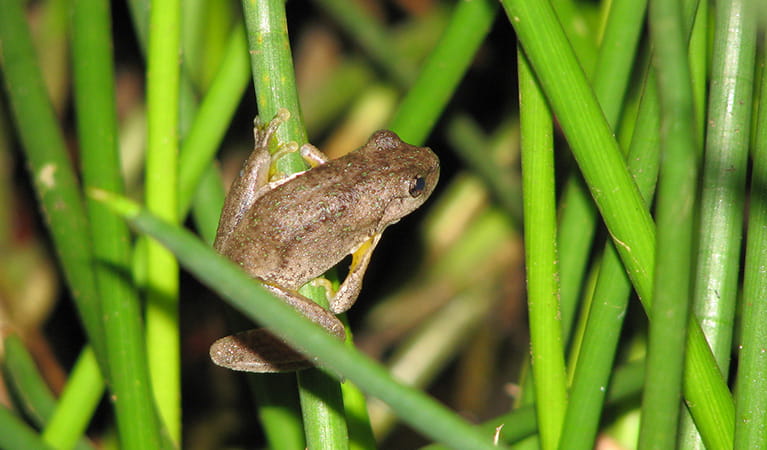 Peron’s tree frog is found right across NSW. These tree-climbing and ground-dwelling Australian animals can quickly change colour, ranging from pale green-grey by day, to a reddish brown with emerald green flecks at night. The male frog has a drill-like call, which has been described as a 'maniacal cackle’.

It is also known as the emerald-spotted frog, due to its ability to quickly change colour from green-grey to a rich red-brown with vivid green flecks.

Active at night, Peron’s tree frog forages in trees and shrubs near creeks and lagoons. However, it will venture further afield into open grasslands in search of insects. During the day, it rests in tree hollows, fallen logs and beneath bushes.

Its drill-like call can be heard during spring and summer, when male tree frogs congregate near water to announce their availability for the breeding season. 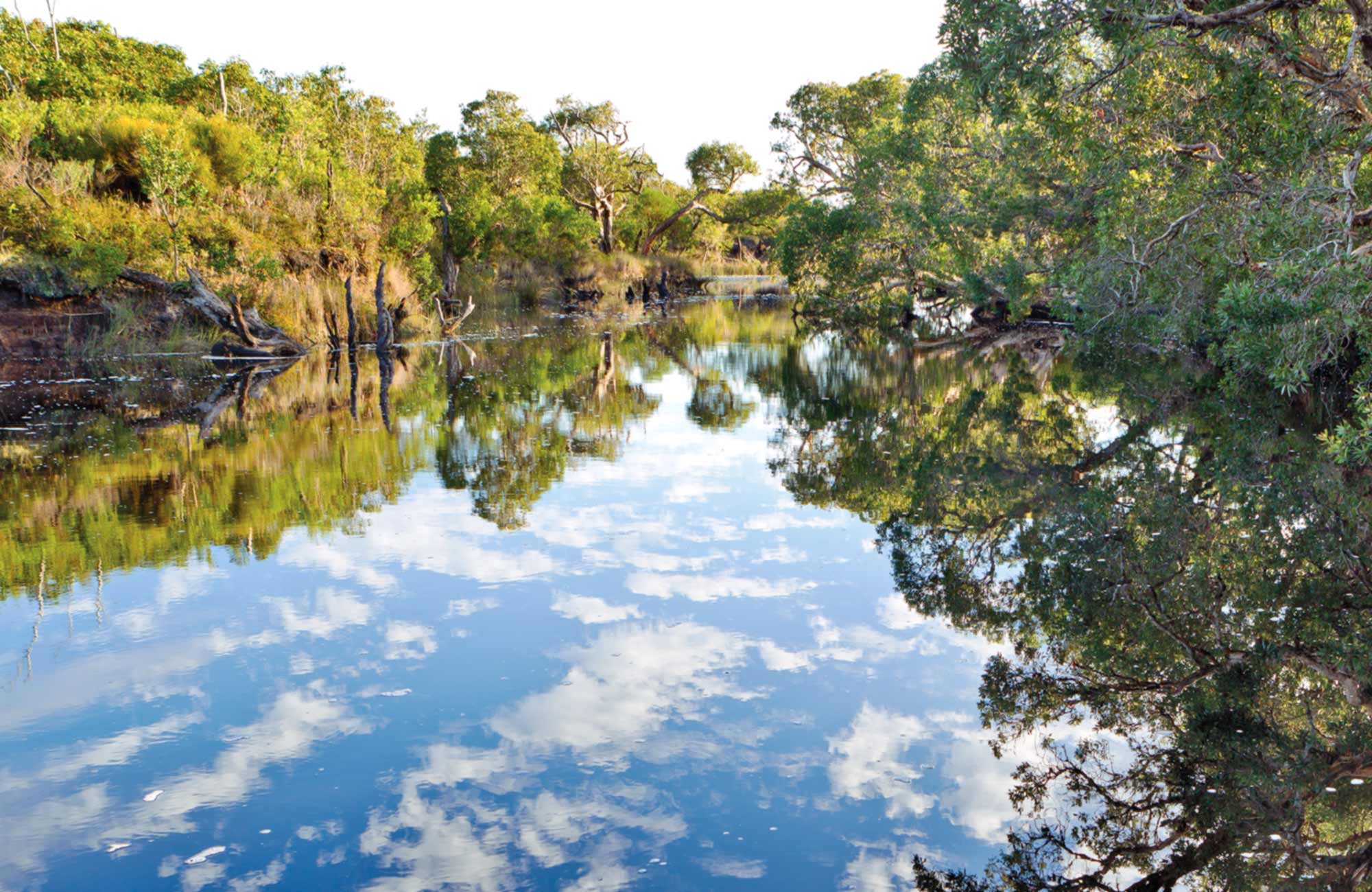