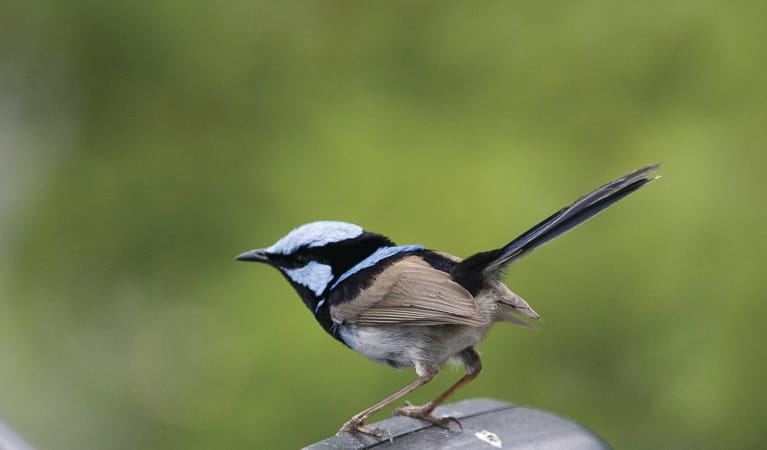 The superb fairy wren, or blue wren, is named after the velvety blue and black plumage of the adult male of these unique Australian birds. A bird-watching favourite across south-eastern Australia, superb fairy wrens live in low-lying shrubs and grassy areas including coastal heath, forest understorey and urban margins.

Both sociable and territorial, superb fairy wrens live in groups that include one adult male and a number of mouse-brown ‘jenny wrens’, which include females as well as several juvenile birds. The adolescent males have a tawny-brown colouring, similar to the female, and acquire their dazzling plumage in their first breeding year.