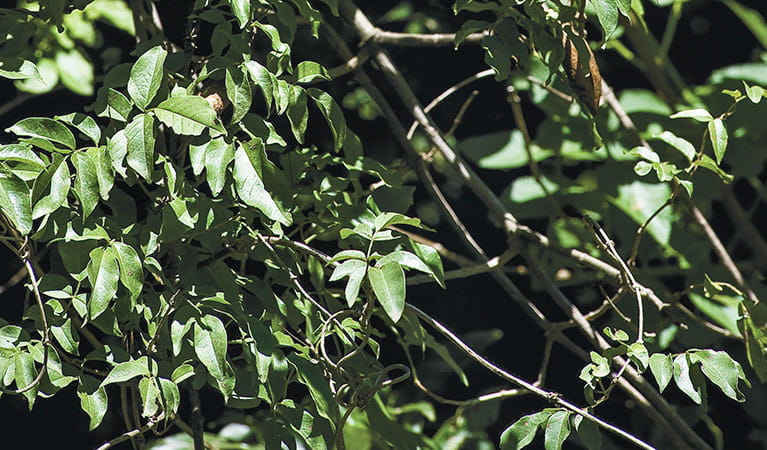 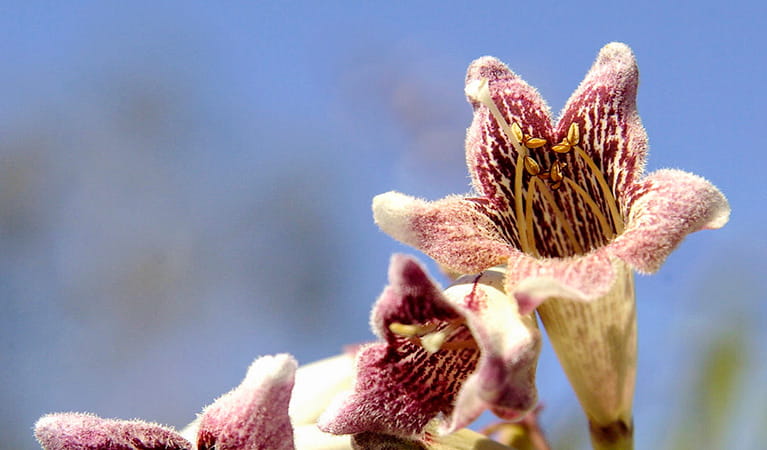 The wonga wonga vine is a widespread vigorous climber usually found along eastern Australia. A variation of the plant occurs in the central desert, where it resembles a sprawling shrub. One of the more common Australian native plants, the wonga wonga vine produces bell-shaped white or yellow flowers in the spring, followed by a large oblong-shaped seed pod.

Widespread across eastern Australia from Cape York to Wilsons Promontory, the wonga wonga vine usually occurs in coastal rainforests and moist gullies in dry woodlands, where it attaches to a host tree. In favourable conditions, the wonga wonga vine is a vigorous and fast-growing climber with a woody stem. The variation of this native vine in central Australia tolerates prolonged dry periods.

The wonga wonga vine flowers in spring, and can continue to bloom throughout summer. The often purple-tinged flowers are followed by large oblong-shaped seed pods that split to disperse papery seeds. In bloom, this plant provides a radiant splash of colour to any green space.