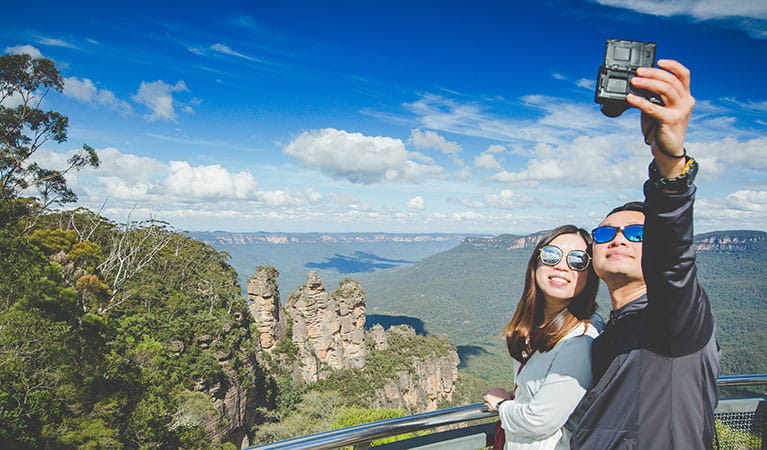 Where
Katoomba area in Blue Mountains National Park in Sydney and surrounds, Country NSW
Accessibility
No wheelchair access
Grade
Easy. A basic level of fitness is required for this tour.
Price

Get off the beaten track and see the sights of Blue Mountains National Park minus the crowds on a flexible day tour with Activity Tours Australia.

You’ll be transported to Featherdale Wildlife Park for hands-on encounters with Australian wildlife. Feed the kangaroos, take a photo with a koala and see the largest collection of Australian native animals in Sydney.

Then it’s time to explore the famous sights of the Blue Mountains. Your experienced guides will take you to the most secluded lookouts, rainforest walks and pristine valleys. You’ll get to see all the main sights, but from lesser-known locations, where you’ll often be the only ones enjoying the spectacular view.

When you start to feel peckish, pause for lunch at a relaxed mountain village before embarking on a tailored bushwalk in World Heritage-listed surrounds with your guides leading the way.

For the latest updates on fires, closures and other alerts in this area, see https://www.nationalparks.nsw.gov.au/things-to-do/guided-tours/blue-mountains-tours-activity-tours-australia/local-alerts

All the practical information you need to know about Blue Mountains tours with Activity Tours Australia.

Blue Mountains tours with Activity Tours Australia is in Katoomba area. Here are just some of the reasons why this park is special:

A haven for plants and animals 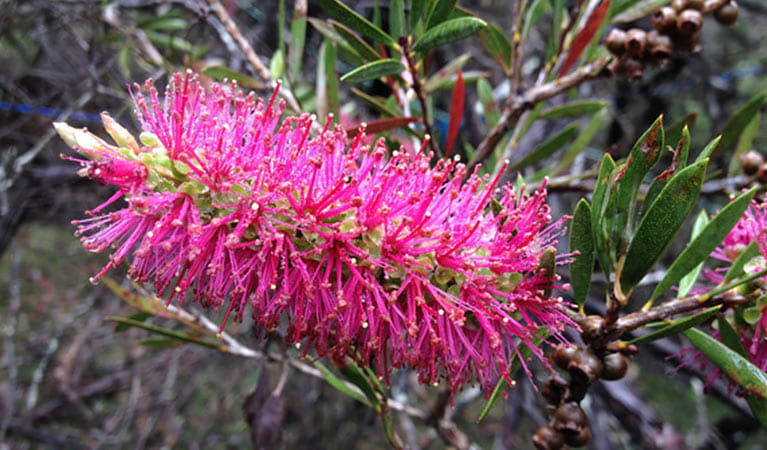 Katoomba area’s diverse landscapes are home to a wide range of native plants and animals. Rare and threatened species include the yellow-bellied glider and Blue Mountains water skink. Spotted tail quolls inhabit the deep shady valleys. The ancient dwarf mountain pine, which existed in the age of dinosaurs, lives only in a 9km stretch between Katoomba and Wentworth Falls. In November and early December, keep an eye out for the pink-purple blooms of the critically endangered Megalong Valley bottlebrush, along Six Foot track.

In the footsteps of early tourists 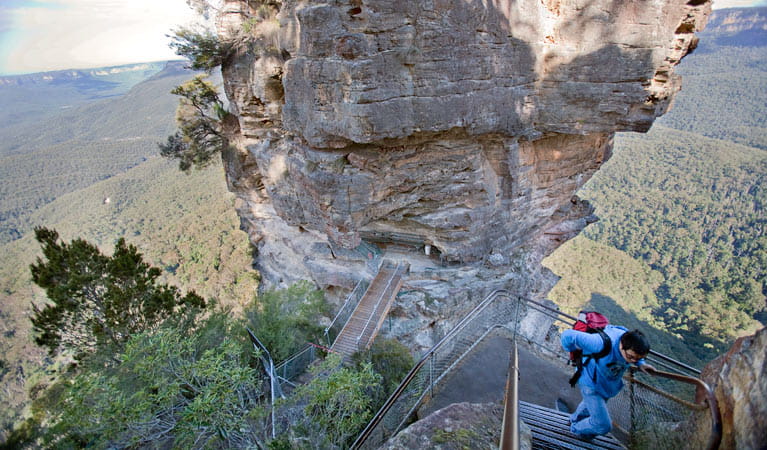 The Blue Mountains boasts one of the most complex track systems of any national park in Australia. Dating from as early as 1825, around 60 per cent of the tracks have national, state or regional significance. Follow in the footsteps of early European tourists along the many historic tracks near Katoomba and Wentworth Falls, like Princes Rock walking track. Discover mining heritage along the challenging Ruined Castle route, or head down to Federal Pass, built in 1900. As you descend the Giant Stairway, spare a thought for the men who built it by hand using picks, shovels, crowbars and dynamite. 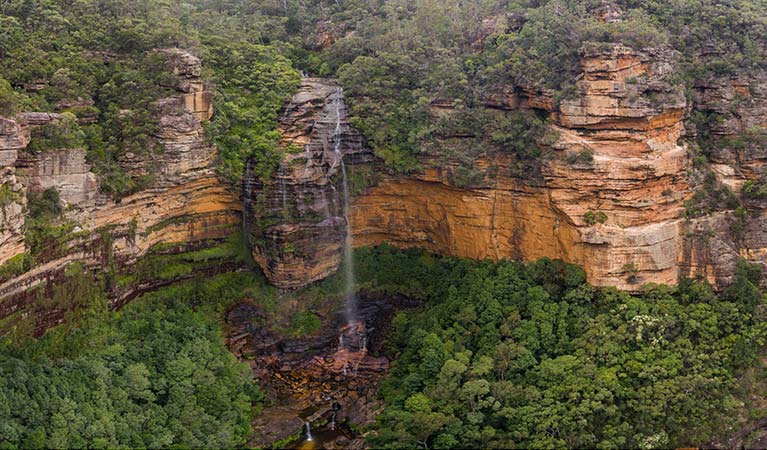 The Katoomba area is one of the easiest places to see the park’s cliff walls and rock overhangs, multi-tier waterfalls and hazy blue forests. Millions of years of volcanic uplift and erosion have carved out the Jamison Valley and the Three Sisters peaks. Eagle-eyed visitors can try to spot the grey coal and shale deposits between the sandstone. These were formed 245 to 290 million years ago when this area held vast swamps and deltas. Today, landscapes range from open forest and windswept heath, to hanging swamps that cling to the cliff face, and remnant rainforest in the spray zones of waterfalls. 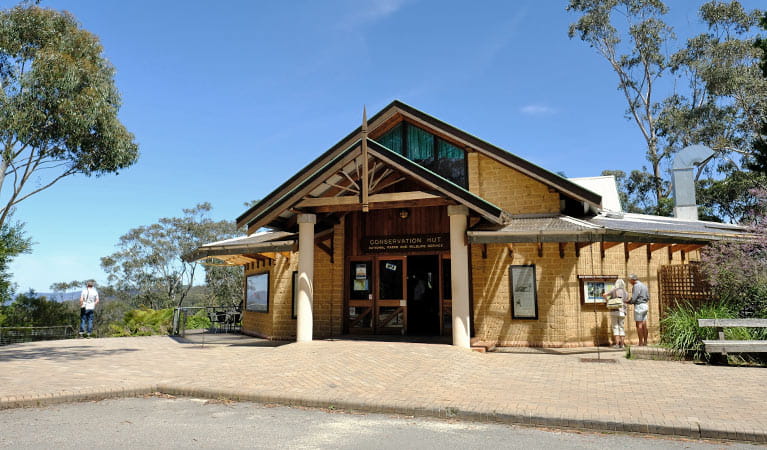 Wentworth Falls picnic area was one of the first tourist facilities developed in the Blue Mountains. Today, you’ll find a viewing deck, picnic tables, accessible toilet facilities and carparks close to lookouts, waterfalls and walks. In Katoomba, enjoy the interpretative sculptures and multiple lookouts along wheelchair accessible Three Sisters walk. Combine your park experience with Scenic World attractions and the lively Katoomba street cafe scene. Kids can learn more on a school excursion or holiday activity. Why not get involved in a volunteer bushcare program.

Blue Mountains National Park is 1 of 8 national parks and reserves that make up the World Heritage listed Greater Blue Mountains Area (GBMA). In 2000, UNESCO recognised the area's outstanding biodiversity significance. The GBMA lies within the Country of the Dharug, Gundungurra, Wiradjuri, Darkinjung, Wanaruah and Dharawal People. With over 1 million hectares of rugged plateaux, sheer cliffs and deep gorges, it protects unique ecosystems teeming with rare plants and animals. Over 99 species of eucalypt trees have evolved here over millions of years, making it the most diverse eucalypt forest in the world. Greater Blue Mountains Drive is a great way to see this ancient wilderness right on Sydney doorstep.