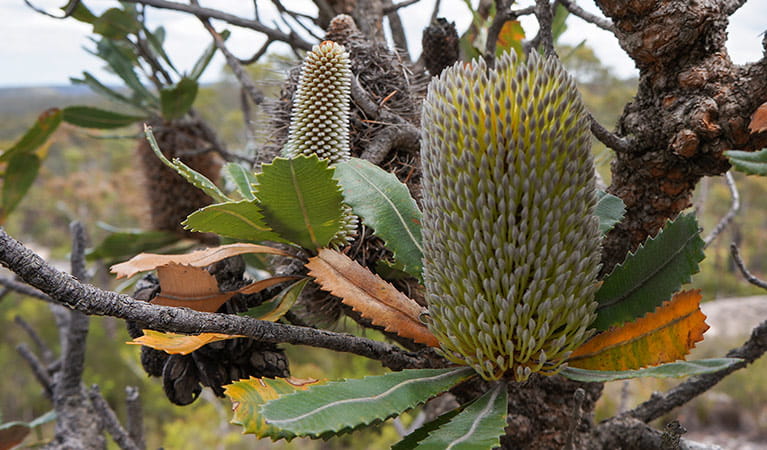 Hardy Australian native plants, old man banksias can be found along the coast, and in the dry sclerophyll forests and sandstone mountain ranges of NSW. With roughened bark and gnarled limbs, they produce a distinctive cylindrical yellow-green banksia flower which blossoms from summer to early autumn.

Adapted to withstand extremes, the thick, roughened bark, often stunted growth and gnarled limbs of the old man banksia may be the result of exposure to strong winds, salt spray or bushfire. After fires, old man banksia will spring back to life with epicormic shoots visible along the bark within a week. The intense heat assists the tough seed heads to split open. 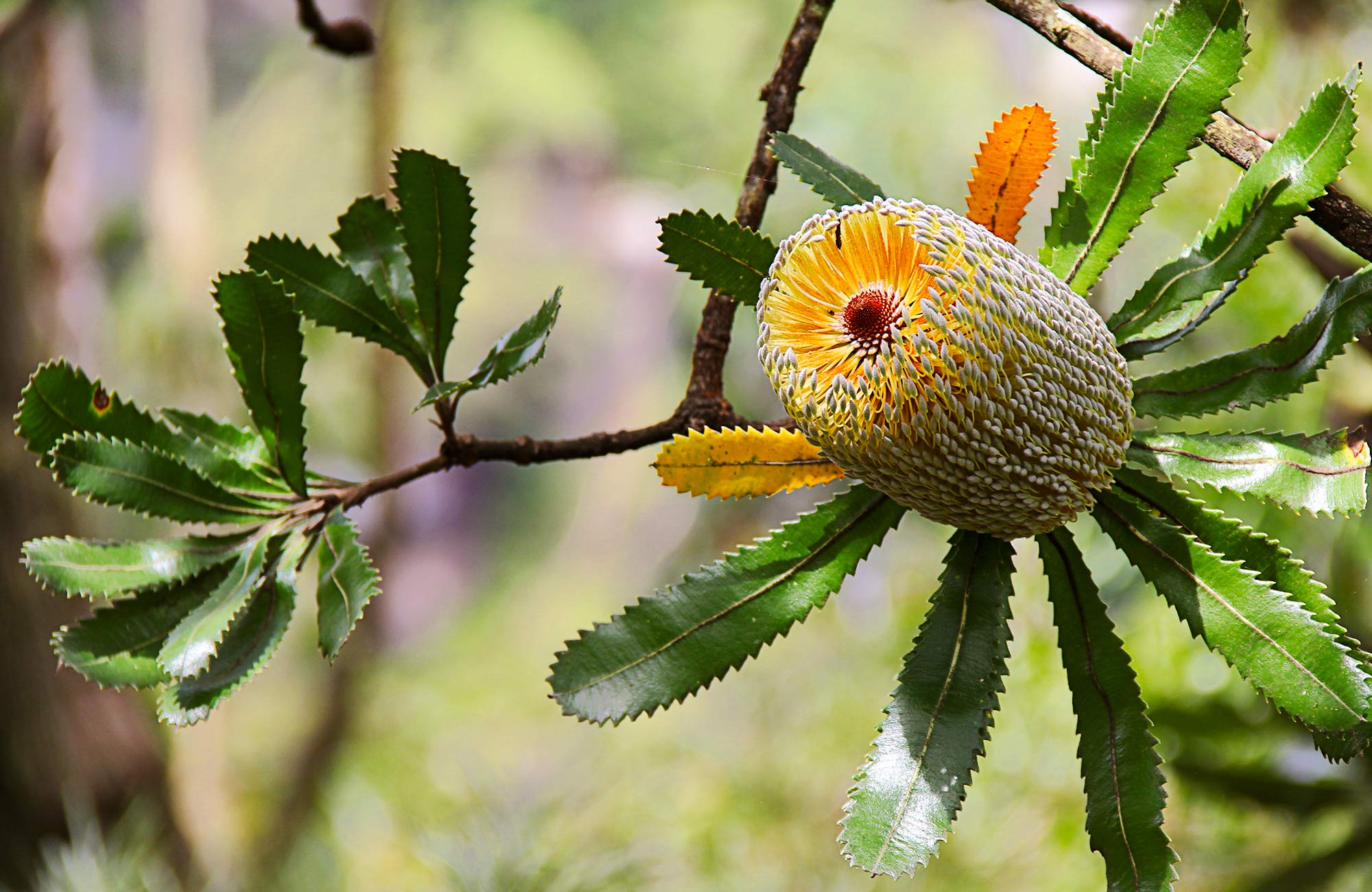