Wollumbin National Park is a special place. Here are just some of the reasons why: 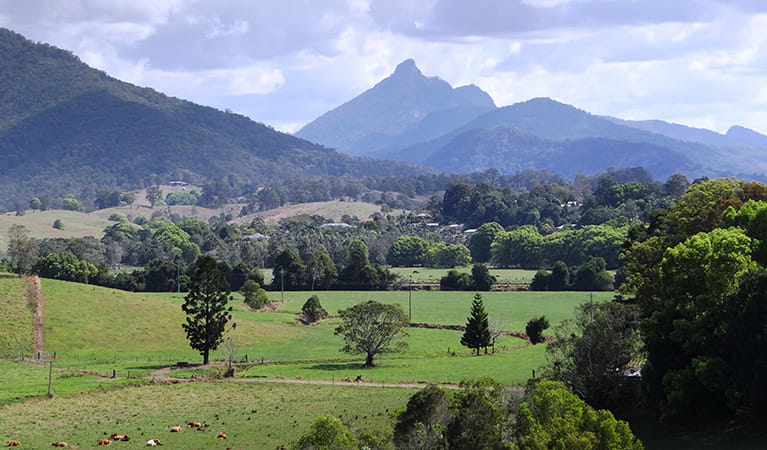 Captain Cook named it Mount Warning, but to the Aboriginal community, it's a sacred place known as Wollumbin. Many stories from communities in the far-reaching surrounding area are associated with this site. For local Aboriginal people, including Nganduwal, Galibal, Gidhabul and Widjabal, Wollumbin is an integral part of a complex network of mythological and significant sites interrelated and bound together by their Dreaming. Despite being dispossessed during early European settlement, local Aboriginal people maintain a diversity of living cultures and a unique and deep attachment to this land.

What we're doing for Aboriginal culture in this park

Green rooms of the world 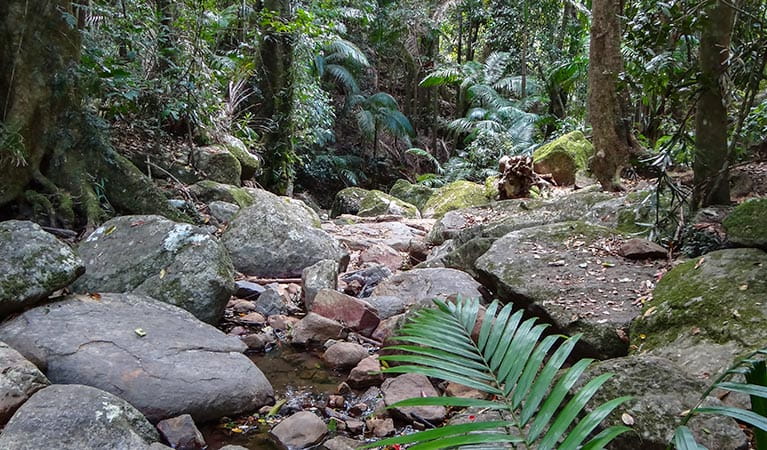 Voices of the forest 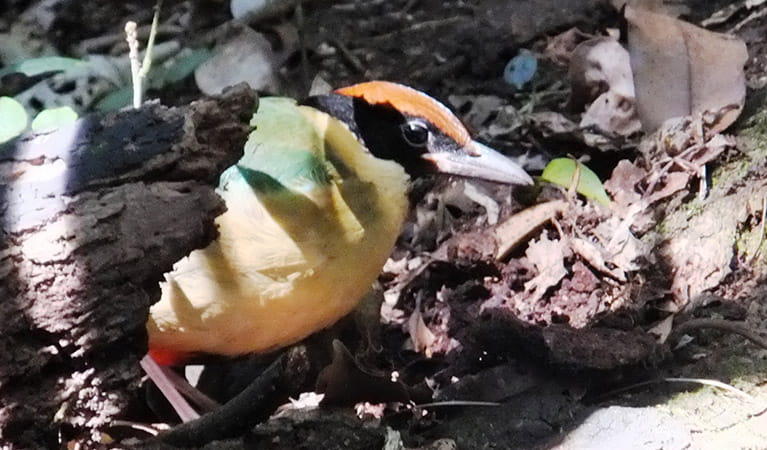 Can you hear the pouched frog? It’s a very quiet ‘eh-eh-eh-eh-eh-eh’. Did you know that the sound of the eastern whipbird is a duet? The first long note comes from the male and then the female joins in with her whip crack response. From the high canopy down to the forest floor live a huge variety of animals and birds to see and hear. Though some, like the carpet python, land mullet, eastern small-eyed snake, lace monitor, black-bellied marsh snake and long-nosed potoroo, are very quiet creatures. Plant species in Wollumbin seem varied to the extremes. There are prettily-named ones such as maidenhair, silkpod, watervine, wait-a-while, tree fern, wilkiea and red apple. These live alongside Wollunbin zieria, with its warty and felted branchlets, the prickly shield fern, stinging nettle, flooded gum, giant spear lily, dogwood, turpentine and, most disconcerting, giant stinging tree.

One of the most renowned Australian animals, the tree-dwelling marsupial koala can be found in gum tree forests and woodlands across eastern NSW, Victoria and Queensland, as well as in isolated regions in South Australia. With a vice-like grip, this perhaps most iconic but endangered Australian animal lives in tall eucalypts within a home range of several hectares. 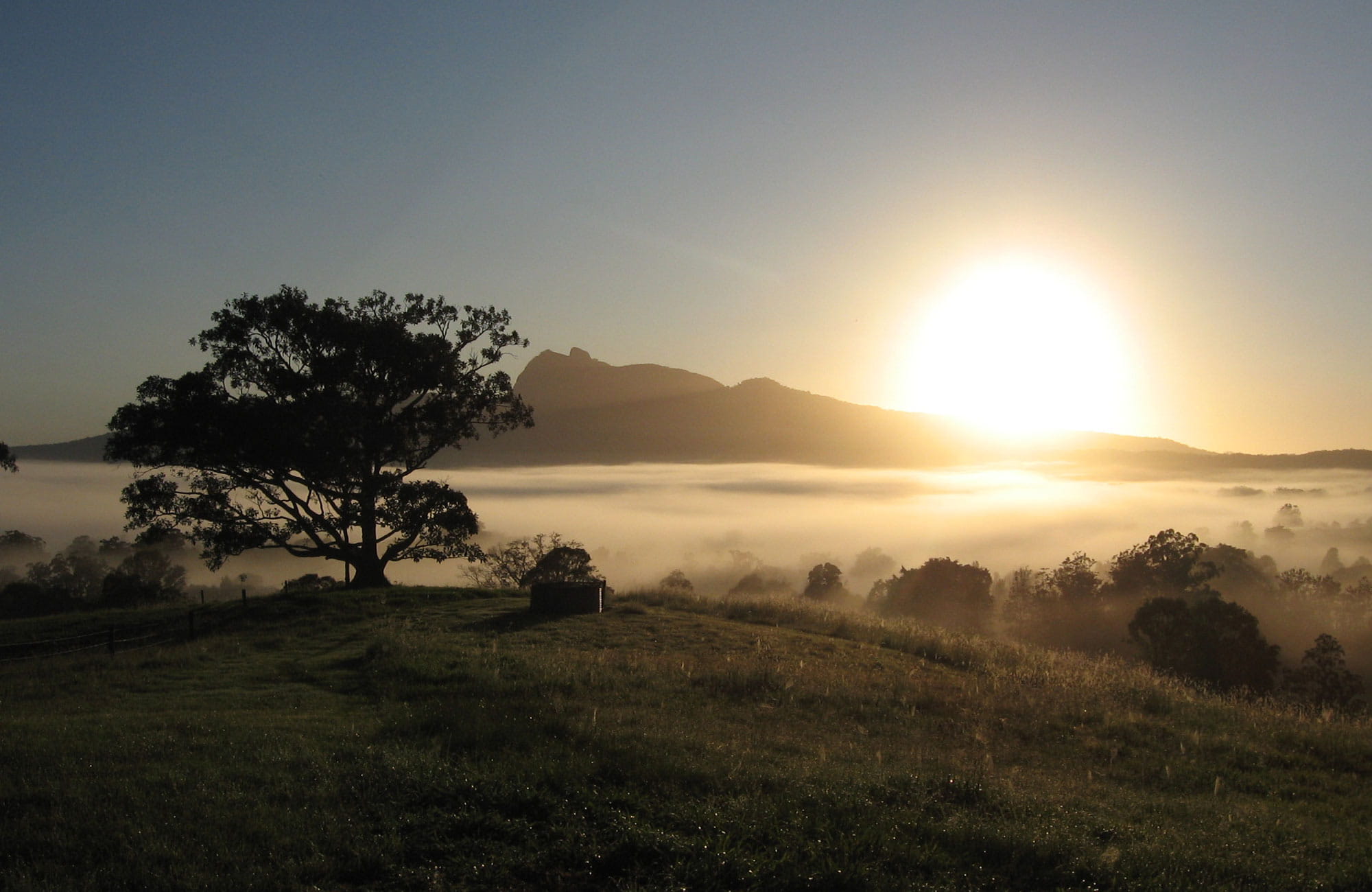