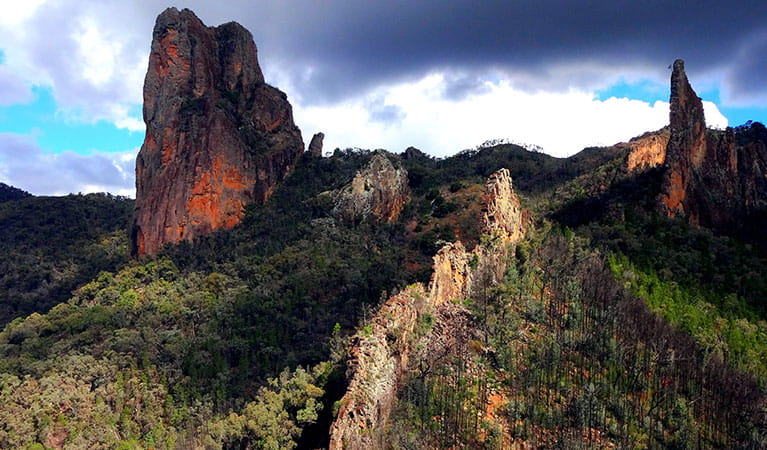 Karst environments are formed over time from rock that dissolves in water, such as limestone, dolomite or marble, and typically occurs over thousands or millions of years. Geodiversity is the variety of rocks, minerals, soils and landforms, and the many processes that have shaped these features over time. Ecosystems, and the life forms within them, depend on the various elements of geodiversity for their survival.

NSW karst environments are among the oldest in the world, and are recognised as having one of the most complex processes of cave evolution and development yet demonstrated. Many of these environments contain highly-evolved plant and animal species which are unable to survive elsewhere.

This is why it’s imperative we prioritise the conservation of our karst environments, such as Jenolan Caves and Wombeyan Caves, through various geology management programs. NSW National Parks recognises the importance of protecting our state’s geodiversity while also ensuring that these environments are available for public visitation. It’s a fine balance that NSW National Parks is committed to achieving.

The most-visited karst conservation reserve in NSW is Jenolan Caves, which attracts an enormous number of local and international visitors each year. Jenolan Environmental Monitoring Program keeps a careful watch on the environmental health of this significant karst environment.

Another valuable geology management program in NSW is Kosciuszko Geodiversity Action Plan. This program aims to actively conserve the rich and varied geology in Kosciuszko National Park, particularly that of Yarrangobilly and Cooleman Plain karst areas. The program was developed after these environments were found to be insufficiently protected and at serious risk of being damaged or lost.