Cathedral Rock National Park is a special place. Here are just some of the reasons why:

Walking experiences for all levels

From a stroll to a scramble, there are plenty of walking opportunities in Cathedral Rock National Park. Hiking tracks are easily accessible from the campgrounds and the longest track - Barokee to Native Dog Creek walk - can be started from either end. Cathedral Rock track is a medium-difficulty walk, and will take you almost three hours. And there are off-track opportunities for those who are experienced, well-equipped, and walking as part of a group.

What we're doing for Visitor facilities and experiences in this park

Rich with colour and biodiversity 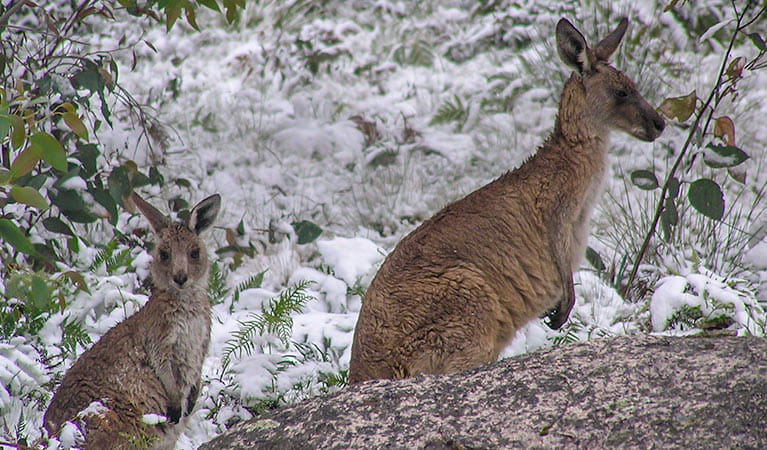 Flax lily, pixie cap and wax lip are just some of the flowering plants and understory shrubs you'll find in Cathedral Rock National Park. Most wildflowers emerge in spring, but ground orchids bloom at various times of the year, and banksias display their orange flowers year-round. Keep a particular eye out for the Montane green five-corners - this threatened plant only grows on granite soils in or near the park. You'll also find concentrated areas of wattle, where broad-leaf hickory, silver and fern leaf wattle flower in late winter and early spring. Eastern grey kangaroos graze in the open grassy areas of the park alongside red-necked and swamp wallabies and wallaroos. Other wildlife you're likely to spot here are glossy black cockatoos, skinks, wedge-tailed eagles and rose robins by day, and the threatened brush-tailed phascogales and spotted-tailed quolls by night.

270 million years in the making 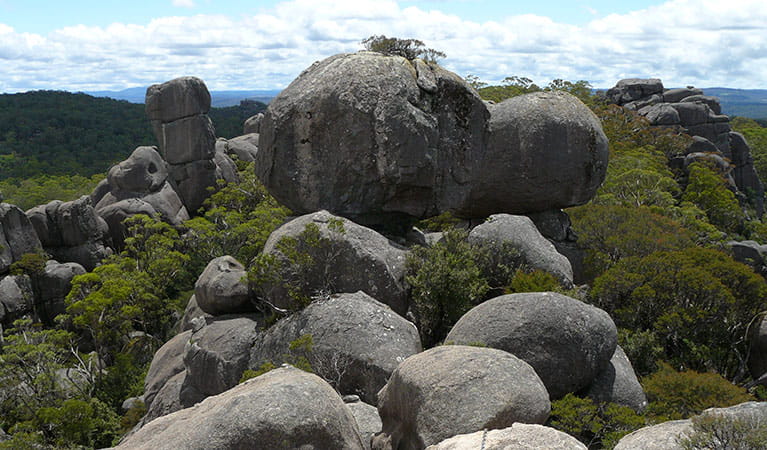 The granites of the New England batholith, which formed deep beneath the earth's surface 270 million years ago, dominate Cathedral Rock National Park. For the next 50 million years, further intrusions of molten rock were forced into fissures deep within the earth's crust, forming some of the dykes evident in the park today. Weathering has exposed large granite tors - most notably, Cathedral Rock, a series of large granite boulders perched one on top of another to a height of about 200m and extending approximately 1km. The most recent geological feature in the park is the basalt-capping on the summit of Round Mountain, a domed peak in the centre of the park. These basalt flows originated in the Ebor volcano, centred to the east of Point lookout, which was active around 18 million years ago.

What we're doing for Landscapes and geology in this park