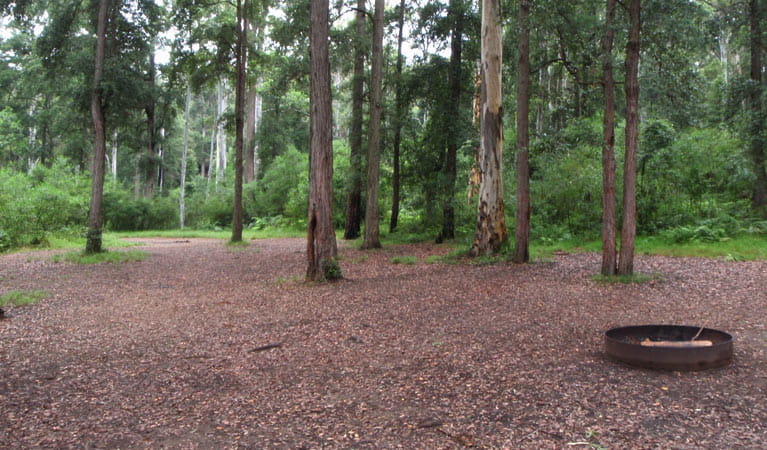 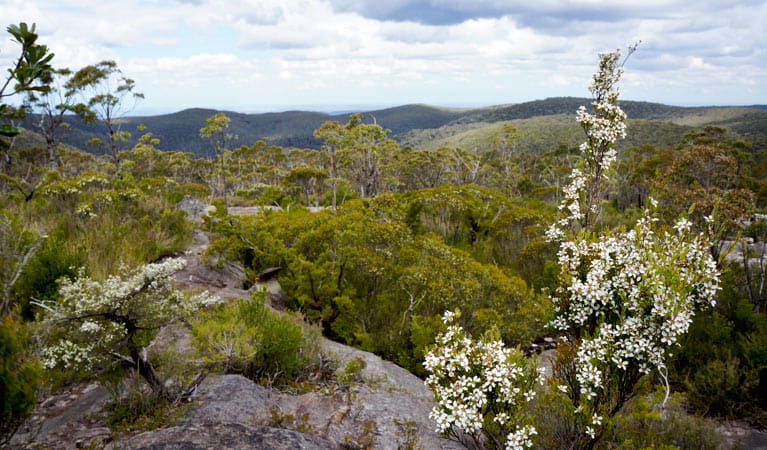 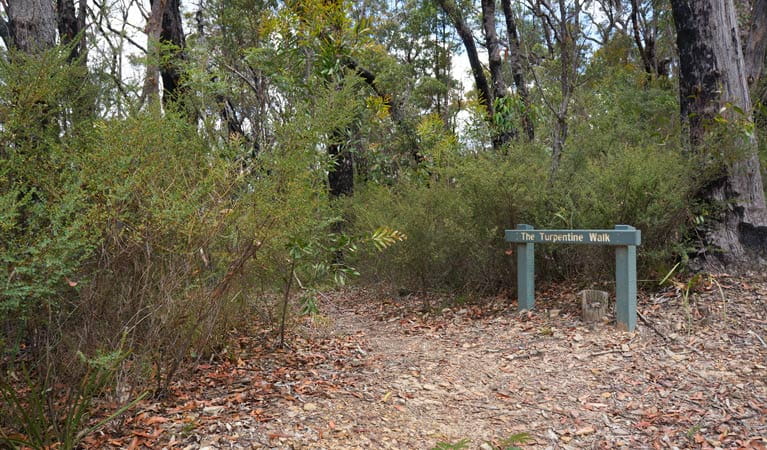 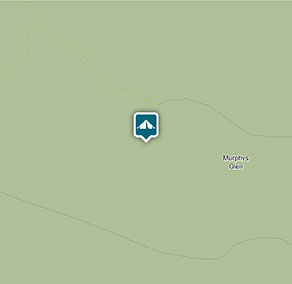 Murphys Glen campground, near Woodford, offers walking and birdwatching. It's the perfect nature getaway if you have a 4WD and want to spend a weekend in Blue Mountains National Park.

When it's time to swap the noise of the city for the sounds of the bush, pack up the car and head for Blue Mountains National Park. Rustic Murphys Glen campground, only a short drive from Sydney along the Woodford Station to Murphys Glen 4WD trail, is the perfect getaway for independent campers who like to escape the city for a weekend.

Pitch the tent among the tall forest of blue gums and towering turpentines that surround this campsite. There's space for family and friends at this spacious campground. When you're ready to explore, a short walking track will take you to several small pools, and another leads to Murphys lookout.

As the shadows lengthen, cook up a feast around the campfire and watch the night sky fill with stars. Enjoy the sounds of the local nightlife with possums, sugar gliders and bats making a delightful racket.

For the latest updates on fires, closures and other alerts in this area, see https://www.nationalparks.nsw.gov.au/camping-and-accommodation/campgrounds/murphys-glen-campground/local-alerts

All the practical information you need to know about Murphys Glen campground.

Murphys Glen campground is in the Glenbrook area of Blue Mountains National Park. To get there:

From Sydney by car:

From Woodford Station by bike:

Check the weather before you set out as the road to Murphys Glen campground can become boggy when it rains.

For the peaceful enjoyment of all campers, generators are not used in this campground.

Sir Henry Parkes, the father of Australia's Federation, was buried in Faulconbridge. After Federation, every Australian prime minister, or a family representative, has the honour of planting an oak tree in the beautiful Corridor of Oaks at Faulconbridge.

Katoomba is at the heart of most of the stunning natural attractions that make up the Blue Mountains National Park. You can admire deep valleys, sandstone plateaus, waterfalls and native animals from the many walking trails and lookouts near Katoomba.

Hassans Walls Lookout, near Lithgow, is the highest in the Blue Mountains. Admire Mt Wilson, Mt York, Mt Tarana and Mt Blaxland as well as the pretty Hartley Valley below. To the south are the Kanimbla and Megalong valley and Mt Bindo. While there, go for a walk or ride around the lookout.

Murphys Glen campground is in Glenbrook area. Here are just some of the reasons why this park is special:

Red Hands Cave is one of the best Aboriginal stencil galleries in Sydney and its surrounds. Accessed via the 8km Red Hands Cave loop walk, it’s the most accessible Aboriginal culture in Blue Mountains National Park. The layers of earthy reds, yellows and whites of the hand prints are still vibrant. Among several applied techniques, the artists would chew a mix of ochre and water and blow it over a hand resting on the wall, forming a stencil. 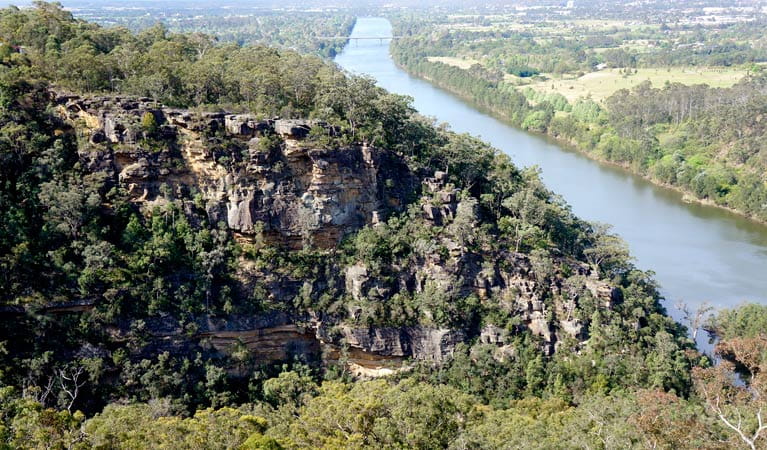 Lookouts like Mount Portal are a great place to see the layers of geology in the Blue Mountains. Around 60 to 80 million years ago, Hawkesbury sandstone from the Sydney Basin was uplifted to form a plateau 50 to 200m above the coastal plain. Past volcanic activity can also be seen at Euroka and Murphys Glen campgrounds. These sit on old volcanic pipes, called diatremes, that blasted molten lava to the surface over 200 million years ago. Erosion of the diatreme at Euroka has left saucer shaped depressions and rich soil, where tall trees thrive.

You don’t have to go far from the carpark to find a walk, riding trail, scenic lookout or picnic spot. Most of the roads are suitable for 2WD vehicles, so enjoy the drive as you make your way to Nepean lookout or the wheelchair-accessible Mount Portal lookout. Glenbrook's well-maintained trails are favourites with mountain bikers and trail runners, who make a beeline for the Woodford-Oaks trail, Bennetts Ridge, and Murphys trail. If you prefer to relax, Euroka and Murphys Glen campgrounds provide low-key camping facilities without having to wander too far from Sydney. 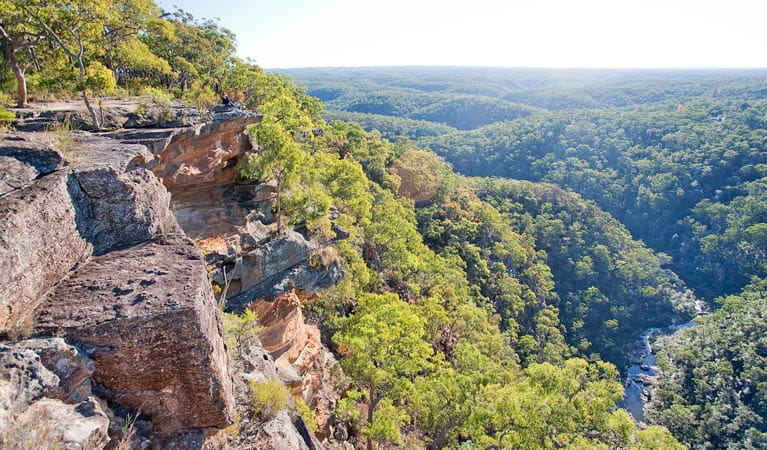 Blue Mountains National Park is 1 of 8 national parks and reserves that make up the Greater Blue Mountains World Heritage Area (GBMWHA). In 2000, UNESCO recognised the area's outstanding geology, biodiversity, and Aboriginal significance. The GBMWHA lies within the Country of the Darug, Gundungurra, Wiradjuri, Darkinjung, Wanaruah and Dharawal People. With 1 million hectares of rugged plateaux, sheer cliffs and deep gorges, it protects unique ecosystems teeming with rare plants and animals. Over 95 species of eucalypt trees have evolved here over millions of years, making it the most diverse eucalypt forest in the world. Greater Blue Mountains driving route is a great way to see this ancient wilderness right on Sydney doorstep. Glenbrook is the eastern gateway to this ancient wilderness right on Sydney doorstep. 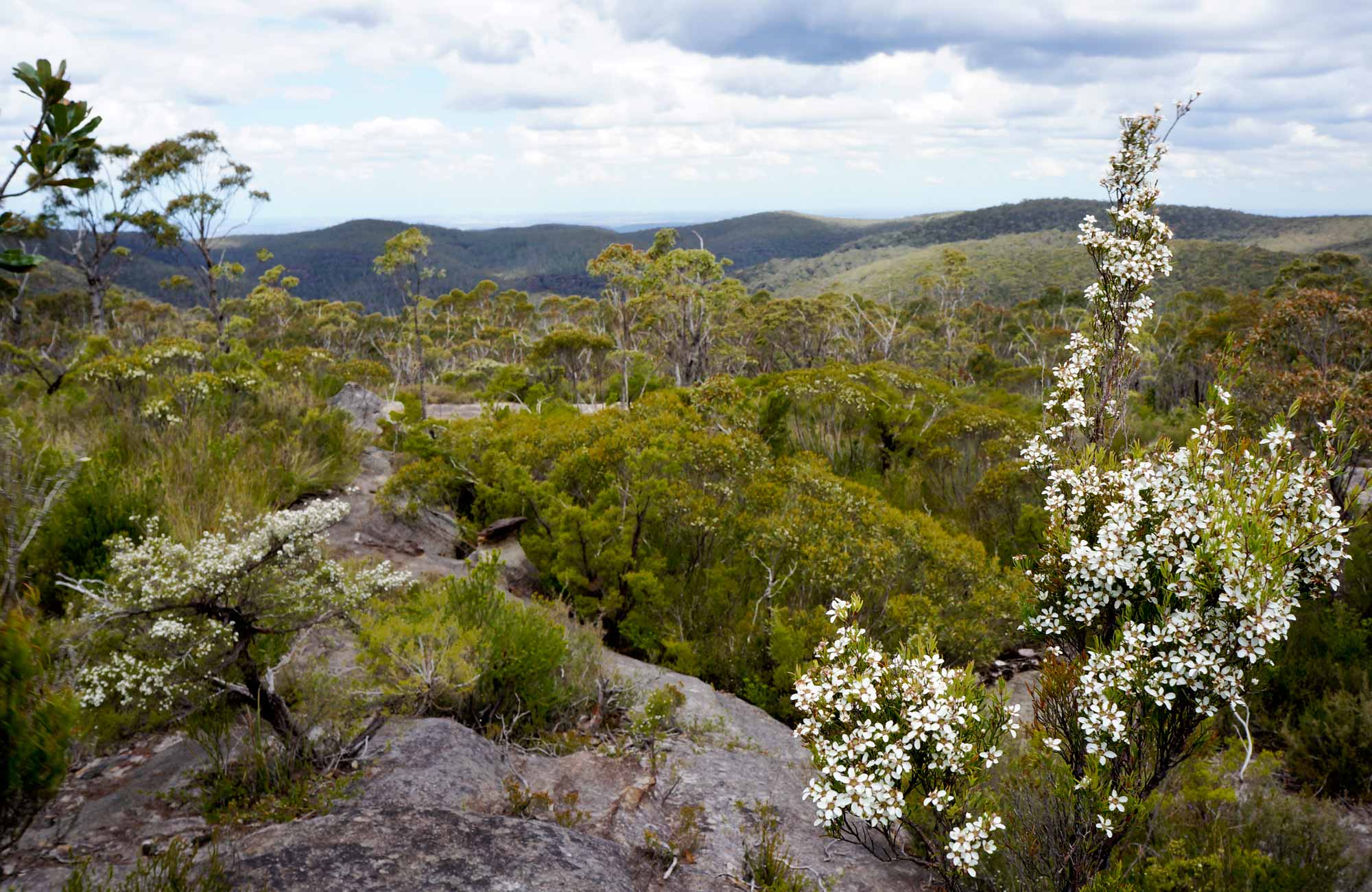