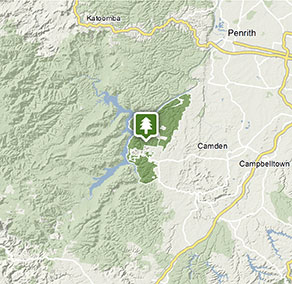 Burragorang State Conservation Area accounts for 80 per cent of Sydney’s water supply. The picnic area and lookout have excellent facilities, including barbecues.

For the most part, Burragorang State Conservation Area is water – clean, precious water that supplies about 80 per cent of Sydney’s supply. Virtually its only publicly-accessible point is Burragorang lookout and picnic area, but it is certainly a sight for weary, city-smogged eyes. Vast expanses of water formed by Warragamba Dam catchment area are surrounded by areas of thick bushland.

Ancient lands of the D’harawal and Gundangarra people, the land became important for European settlers as a coal-mining region and to a lesser extent, a source of lead and silver, from the 1820s to the 1960s. When Sydney’s population began rapidly expanding, Warragamba River was dammed to create a lake, and most of these mining townships were lost beneath its surface.

These days, the park covers more than 17,500ha and is home to a number of threatened species of wildlife, including koalas, tiger quolls and the powerful owl. The best way to enjoy Burragorang is to pack a picnic and take your binoculars to the lookout, where you can see for miles around. You might also want to take your bike in the car because the sealed roads are excellent for cycling.

Visit our national parks often? An annual pass offers savings and convenience to regular NSW national parks visitors. Buy online and start using straight away. It's a faster, easier way to buy and use your annual pass. 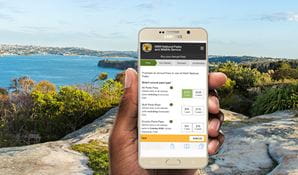