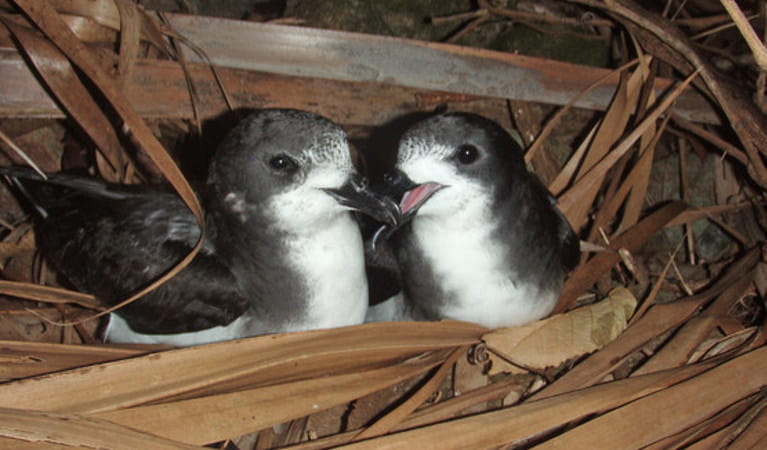 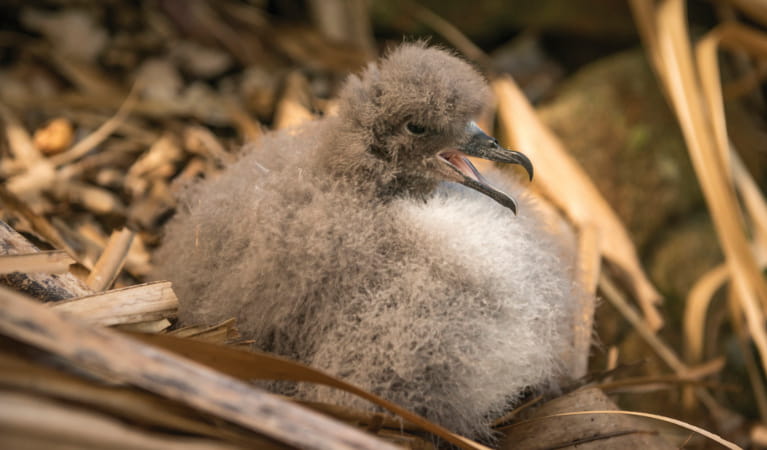 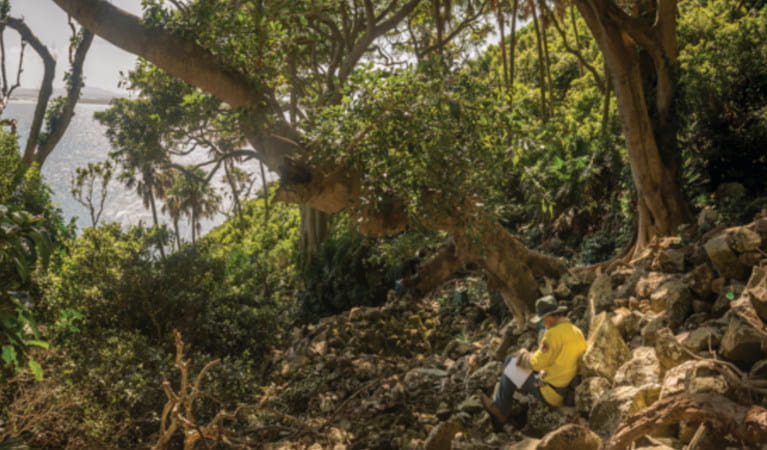 The Gould's petrel is Australia's rarest endemic seabird, with over 95 percent of the species breeding on the islands around Port Stephens. NSW National Parks and Wildlife Service (NPWS) is working with the Saving our Species conservation program and partners to reverse the decline in population numbers by restoring habitat to encourage a strong breeding colony.

The Gould’s petrel is distinguished from other petrels by its darker head, and long narrow wings that have a distinctive ‘M’ pattern. Growing to around 30cm long, adult petrels have a wingspan of 75cm.

This extraordinary seabird spends most of its life flying alone at sea. It may be years before a petrel will return to the island where it hatched to find a mate and breed.

Cabbage Tree Island, offshore from Port Stephens, was the endangered petrel’s only known breeding site in the world. In the early 1990s, there were less than 250 breeding pairs raising only 50 chicks a year. The species was heading towards extinction.

To save the species, NPWS started a project to establish a second colony on nearby Boondelbah Island. This internationally ground-breaking project included installing nest boxes to create habitat where none had previously existed. Some of Cabbage Tree Island’s chicks were successfully moved here, and were cared for until they fledged, imprinting the new island as their home.

There is now a well-established petrel colony on Boondelbah Island, where the artificial nest boxes replace the petrel's natural nesting sites like rock crevices, hollow fallen palm trunks, and the buttresses of fig trees in rocky gullies.

In more recent years, NPWS has partnered with Birding NSW to encourage a new breeding colony on Broughton Island.

Gould's petrels have started using the nest boxes and chicks have successfully hatched at this new breeding site.

Due to these ongoing conservation efforts, Gould’s petrels' breeding habitats are expanding. This remarkable species is being given the best chance to safeguard its survival, under pressure from climate-related changes that impact their natural habitat and at-sea feeding areas.

The project also aims to minimise threats from predatory birds and invasive weed species, the risk of accidental introduction of feral animals on the islands, and human disturbance.

'The Petrel, the Love-box and the Egg' is an innovative augmented reality experience that brings the amazing journey of the Gould's petrel to life in the free NPWS mobile app. Find out more on our Gould's petrel immersive story page.

Now more than ever our native wildlife needs our support. Here's how you can help: 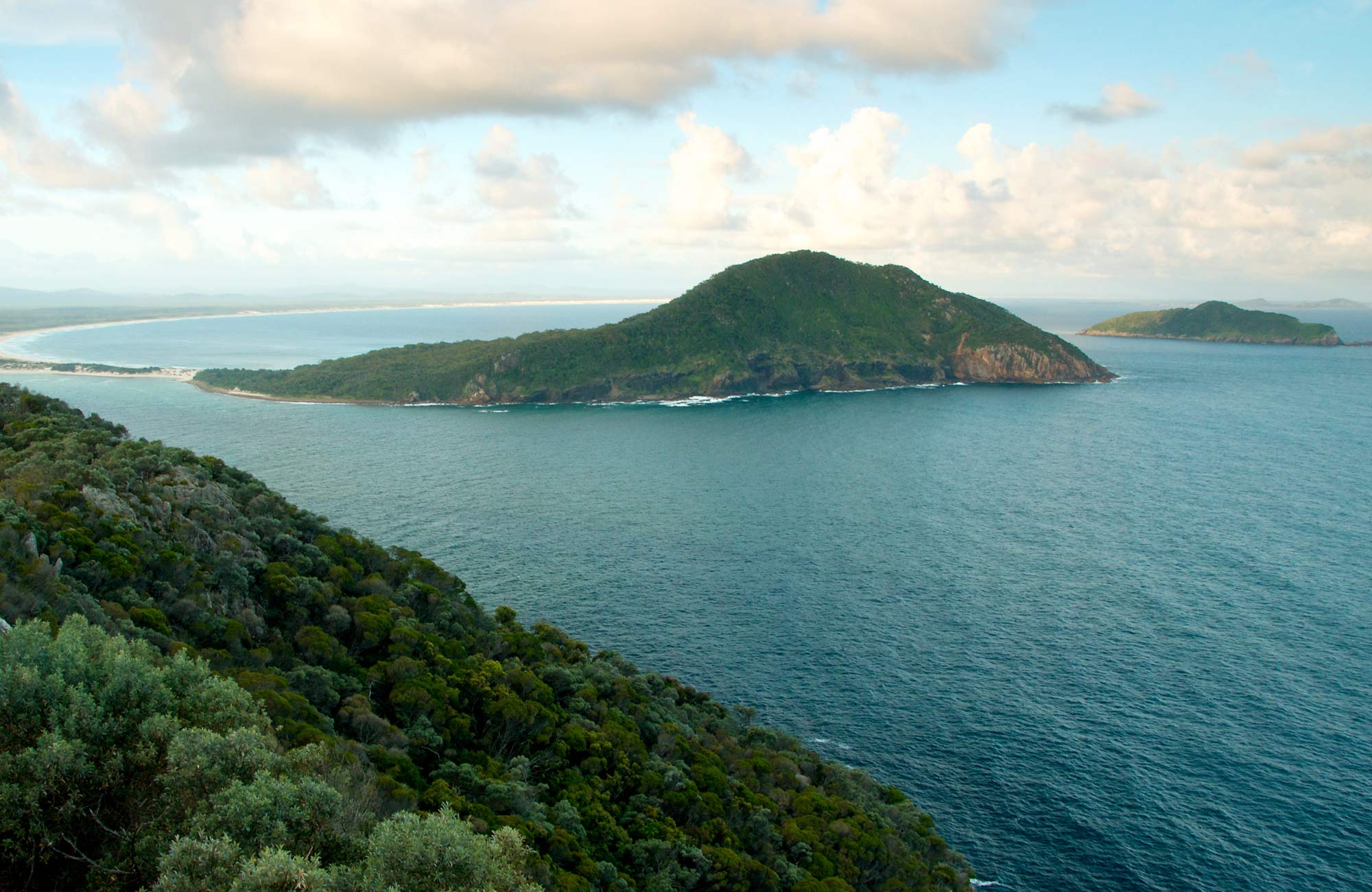