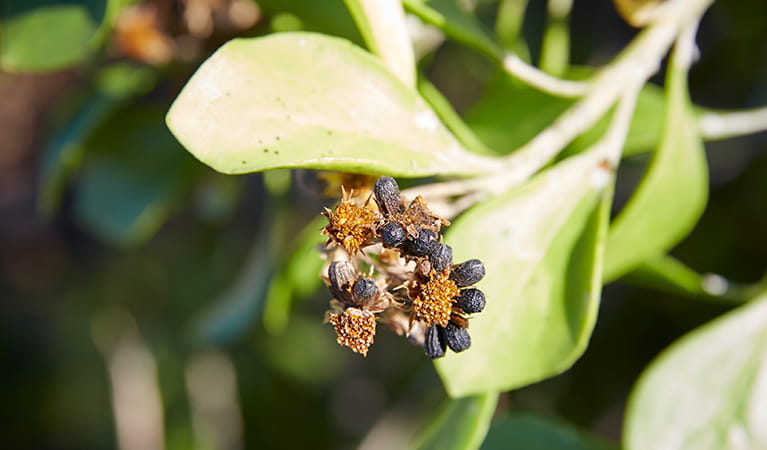 Bitou bush is one of the greatest threats to coastal biodiversity. Since its introduction around 1908, it has spread to occupy approximately 46 per cent of the NSW coastline, where it endangers at least 157 native plant species, 3 endangered plant populations, and 24 ecological communities.

Bitou bush was listed as a Key Threatening Process under the NSW Threatened Species Conservation Act 1995. In response, a threat abatement plan (TAP) was developed and released in 2006 with the aim of reducing the impact of these weeds to specific biodiversity at risk. The TAP involves multiple stakeholders, from NPWS, local councils to community groups and bush regenerators. It targets bitou bush management to specific priority sites with control methods such as ground spraying, aerial spraying, biological control and physical removal.