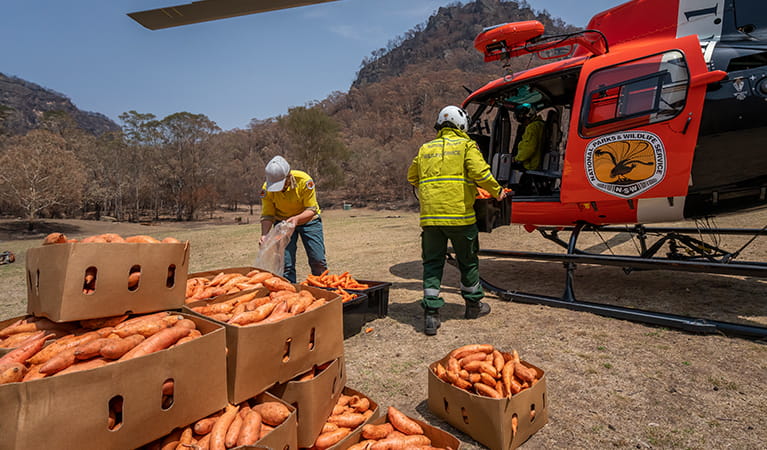 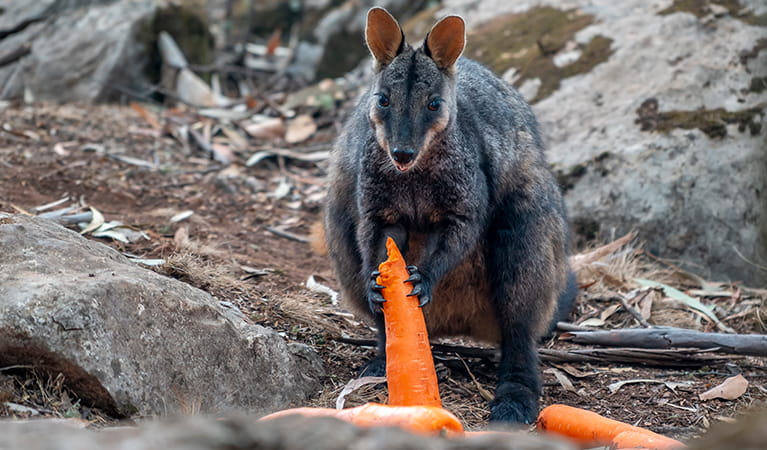 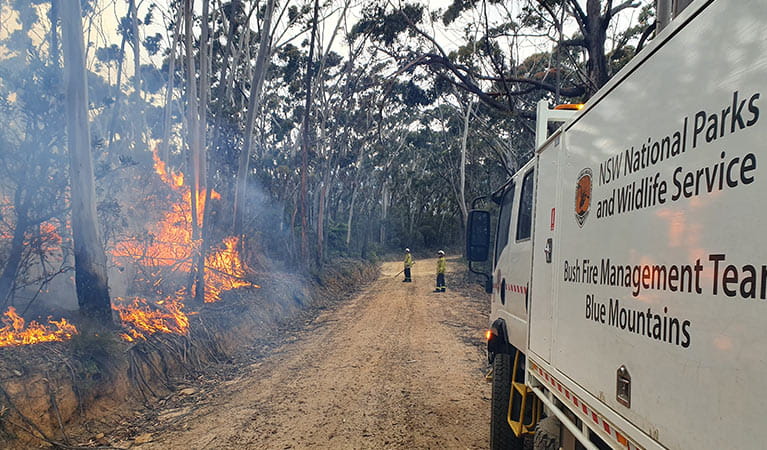 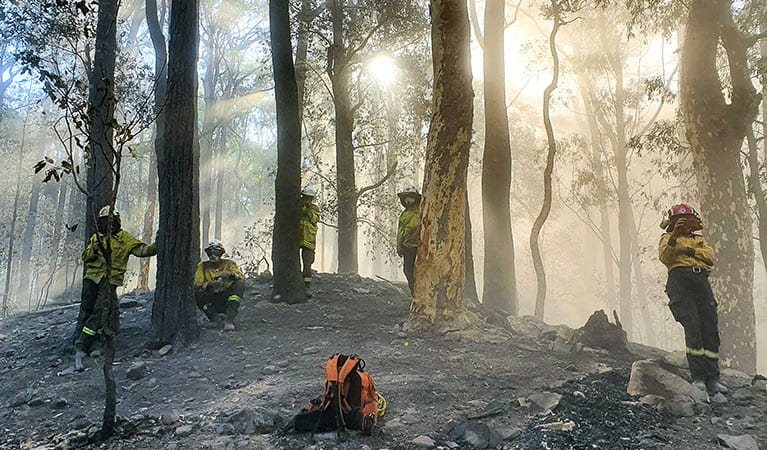 See how timelapse camera footage is telling the story of bushfire recovery for different environments in our NSW national parks.

Why was the 2019-20 bushfire season so devastating?

The independent NSW Bushfire Inquiry found the severity and extent of the 2019-20 bushfire season was caused by extreme weather (drought, high average temperature, low humidity), influenced by climate change. The Inquiry reported that NSW experienced both its hottest and driest year on record in 2019.

The Inquiry also established that fuel loads were, in general and on average, no higher than for other seasons since 1990.

What were the impacts on wildlife?

Following the fires, the Commonwealth Government's Wildlife and Threatened Species Bushfire Recovery Expert Panel identified that many of the animal species found in NSW national parks require urgent management intervention. Many species and communities will take years to recover, particularly those not adapted to fire or impacted by prolonged drought or other threatening processes.

However, as we assess burnt areas and survey plants and animals affected by fire, our understanding of the impacts of the fires is growing. For example, initial analysis in Nightcap National Park has shown that some rainforest species, whose response to fire was previously unknown, are naturally recovering.

During the 2019-20 bushfire season NSW National Parks and Wildlife Service (NPWS) invested over 43,000 staff days to fighting 519 fires. Our specialist teams of remote area firefighters prevented many fires from becoming larger, and saved the only known grove of Wollemi pines, and the rare nightcap oak.

The NSW Wildlife and Conservation Bushfire Recovery: Medium-term response plan published in February 2021 outlines actions planned over the next five years. As our knowledge increases we will adjust our priorities and responses, making sure we get the best possible conservation outcomes.

Scientists have identified feral animal control as one of the highest priorities for protecting our wildlife after the bushfires. With limited cover available, native animals are more vulnerable to predation by foxes and feral cats. Feral herbivores also compete with native animals for food and hold back the regeneration of vegetation after fire.

That’s why we’re carrying out the largest feral animal control program in NPWS history, including large aerial baiting and shooting operations. The program targets pigs, deer, goats, foxes and cats, and protects threatened species and refuge areas. It's supported by a comprehensive monitoring program which measures the success of these interventions. 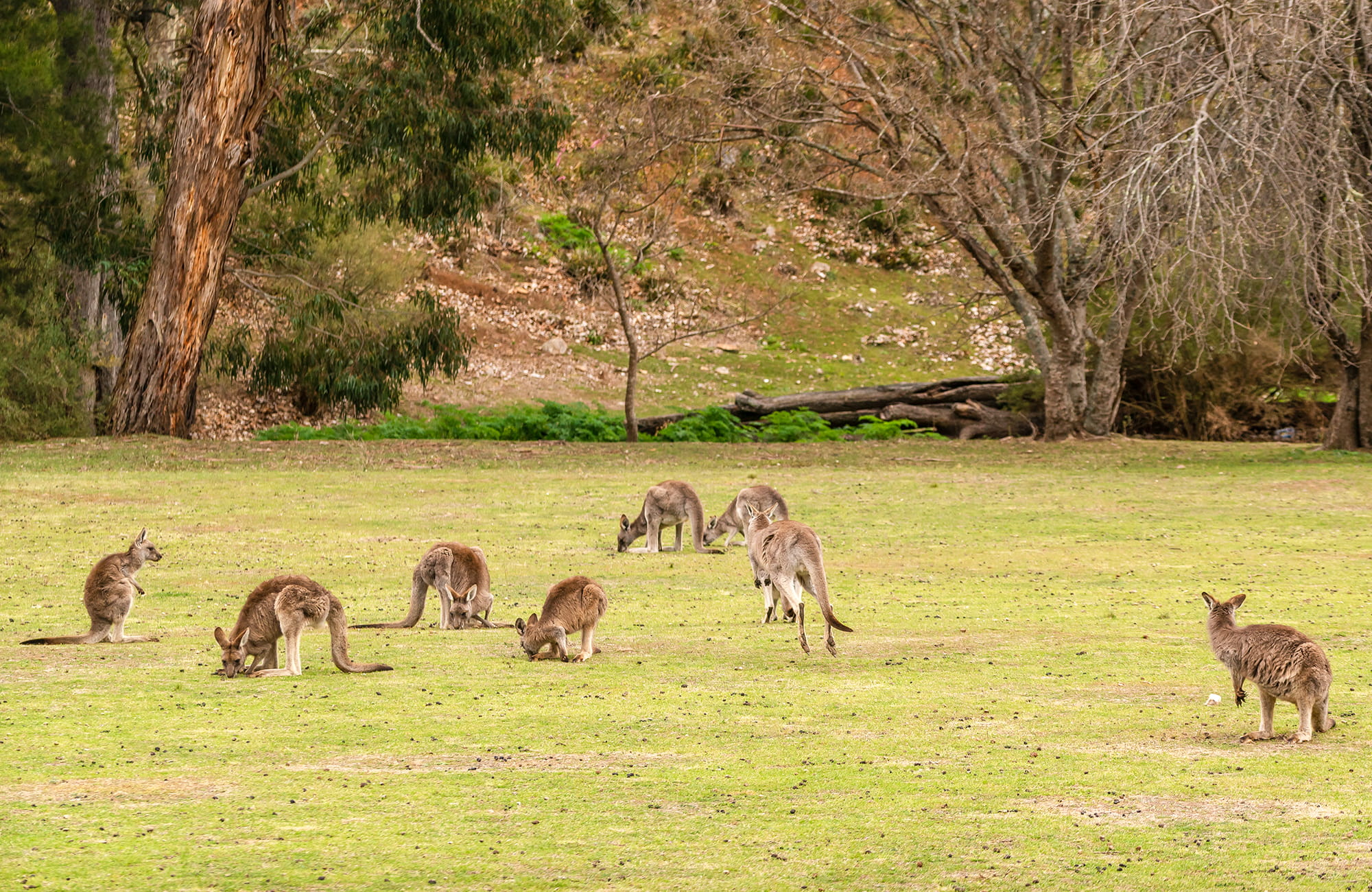