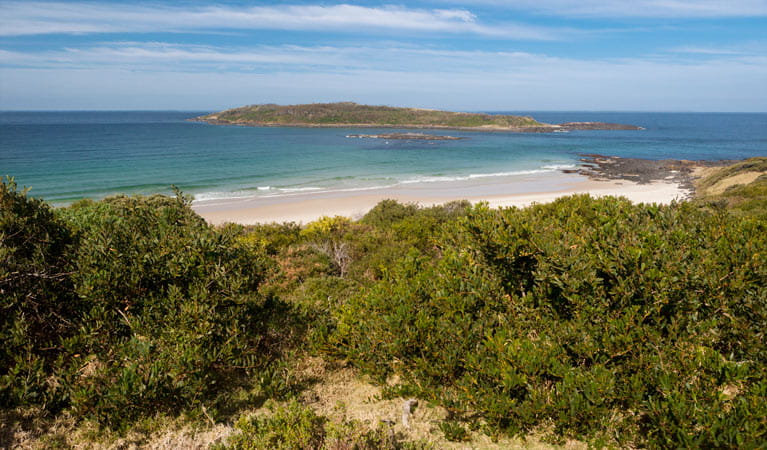 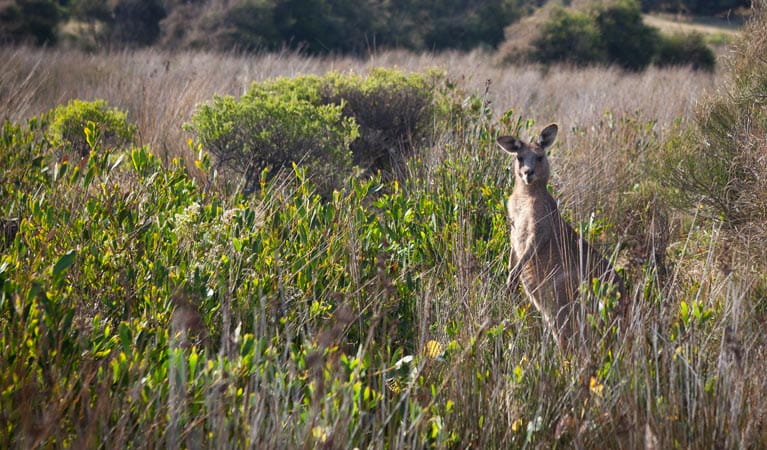 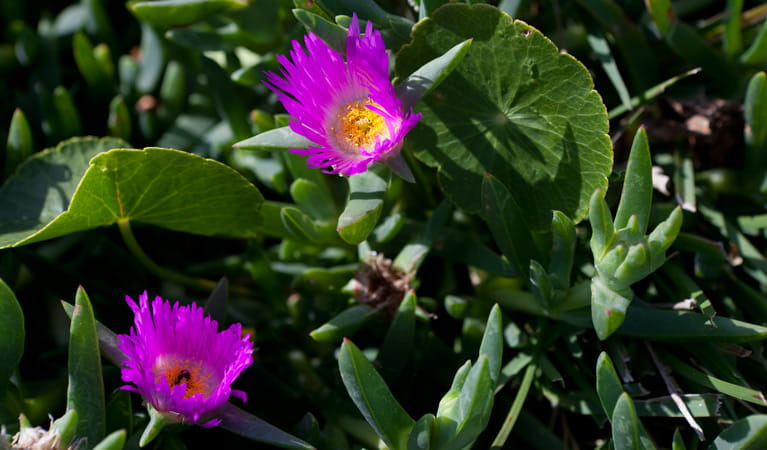 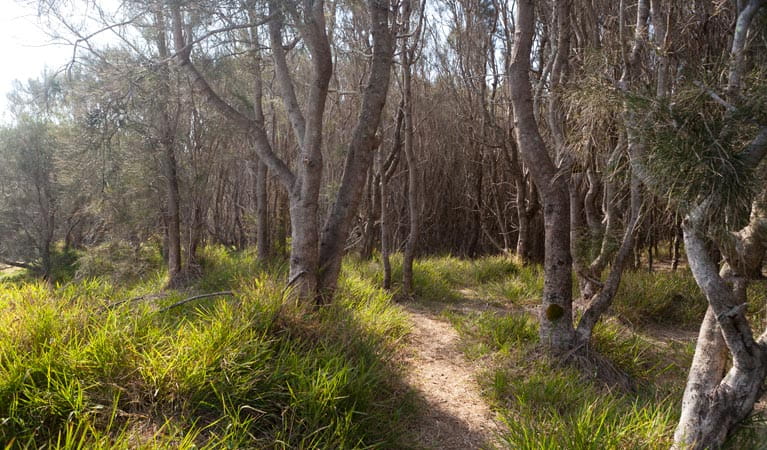 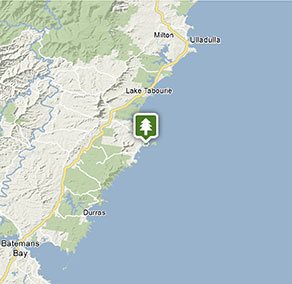 Located on the NSW South Coast, enriched with historic heritage, Murramarang Aboriginal Area has one of the largest and most important Aboriginal sites on the NSW coast.

Can you imagine what life was like 12,000 years ago? At Murramarang Aboriginal Area, it’s much easier than you’d think. This reserve protects the largest midden on the South Coast, and a lagoon to the north of the headland that, according to Dreamtime beliefs, is home to a serpent involved in the creation of the land. The midden covers several hectares and contains millions of stone artefacts as well as dense deposits of mammal, fish and bird bones and shells. Based on some of the rare finds – bone points and shell fishhooks – archaeologists believe the people of Murramarang had a sophisticated bone industry and fishing economy.

With its picturesque coastal setting, Murramarang Aboriginal Area is also popular for snorkelling, swimming, surfing, beach and rock fishing, and rock-pooling. A signed walk, with panoramic views, guides visitors through the site.