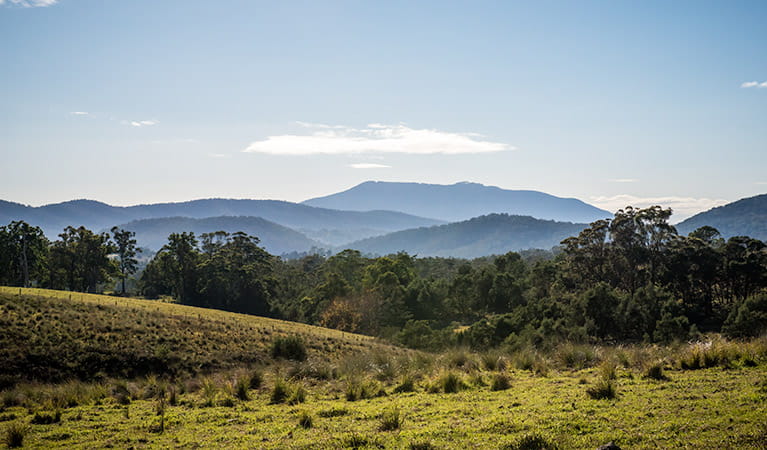 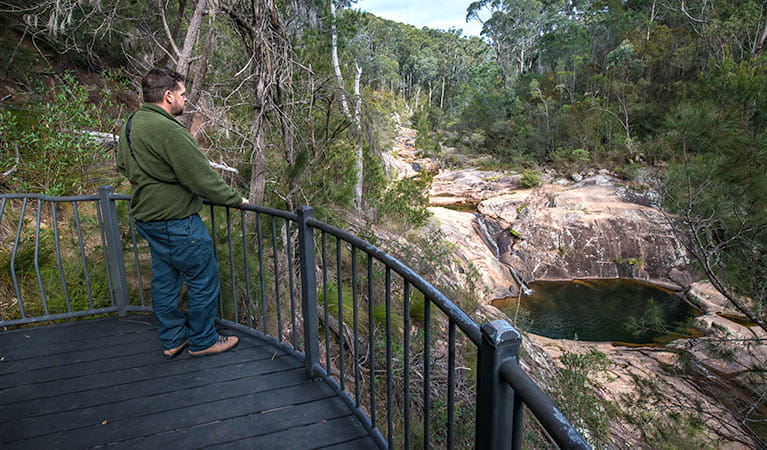 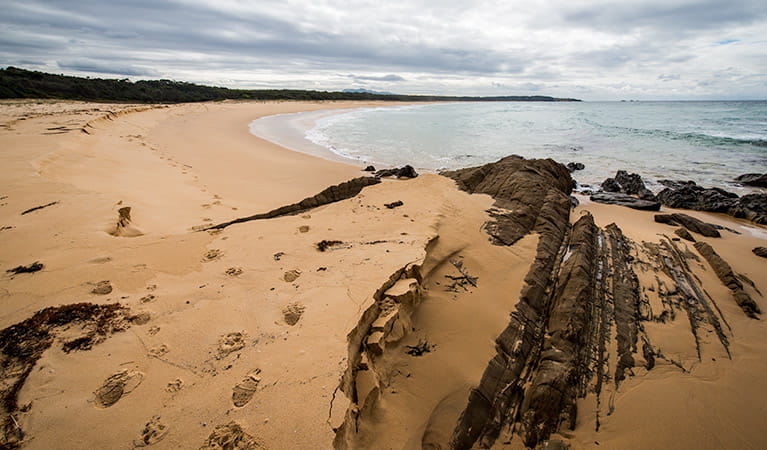 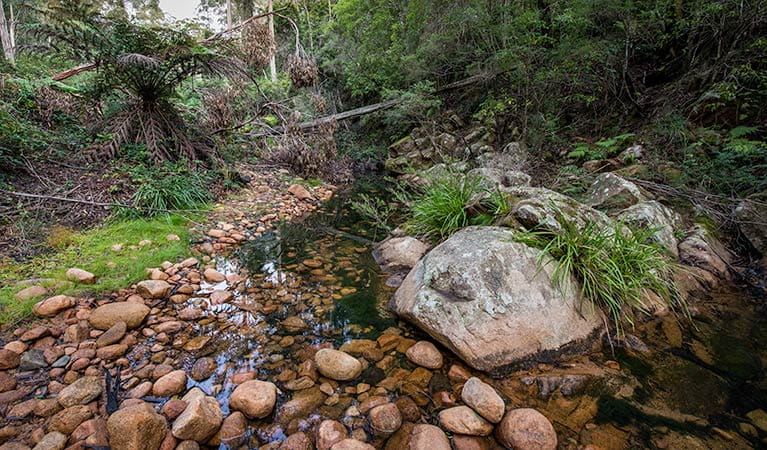 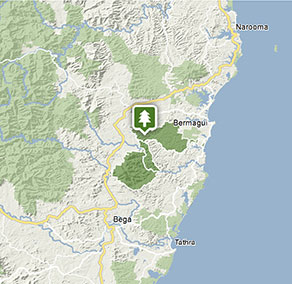 Jointly managed by Aboriginal people and the NPWS, Biamanga National Park (bi-a-man-ga) is a significant Aboriginal site filled with dramatic landscapes and places to unwind.

Sacred to the local Aboriginal Yuin People for centuries, in May 2006 Biamanga National Park was returned to its traditional custodians as part of a joint management agreement with NSW National Parks. What does this mean? It means that when you visit the park, you're visiting a place where decisions about the land are made by Aboriginal people. You're also visiting Aboriginal Country, where the mountains meet the sea and the landscape connects Aboriginal culture and lore.  A visit here is both special and unique.

The first thing that strikes you is a sense of remoteness and solitude: though only 20km from the town of Bega, Biamanga National Park is a wild landscape of cascades and granite boulders, ribbon gums and gurgling creeks, not far from the Tasman Sea. Not only does the park feature Biamanga (also known as Mumbulla Mountain) and dramatic river gorges fed by natural springs, it also contains an important area of unmodified coastal foothill habitat. Environmentally speaking, a trip through Biamanga National Park is a step back in time.

There are great opportunities for birdwatching in the park, with species like the azure kingfisher often frolicking in the park. Lookouts provide scenic vantage points, easily reached by short walks suitable for children, and lots of picnic spots mean you can spend an entire afternoon just soaking up the atmosphere. Visiting Biamanga National Park is the perfect way to explore Aboriginal history on the NSW Far South Coast, and offers plenty of reasons to have you coming back time and time again. 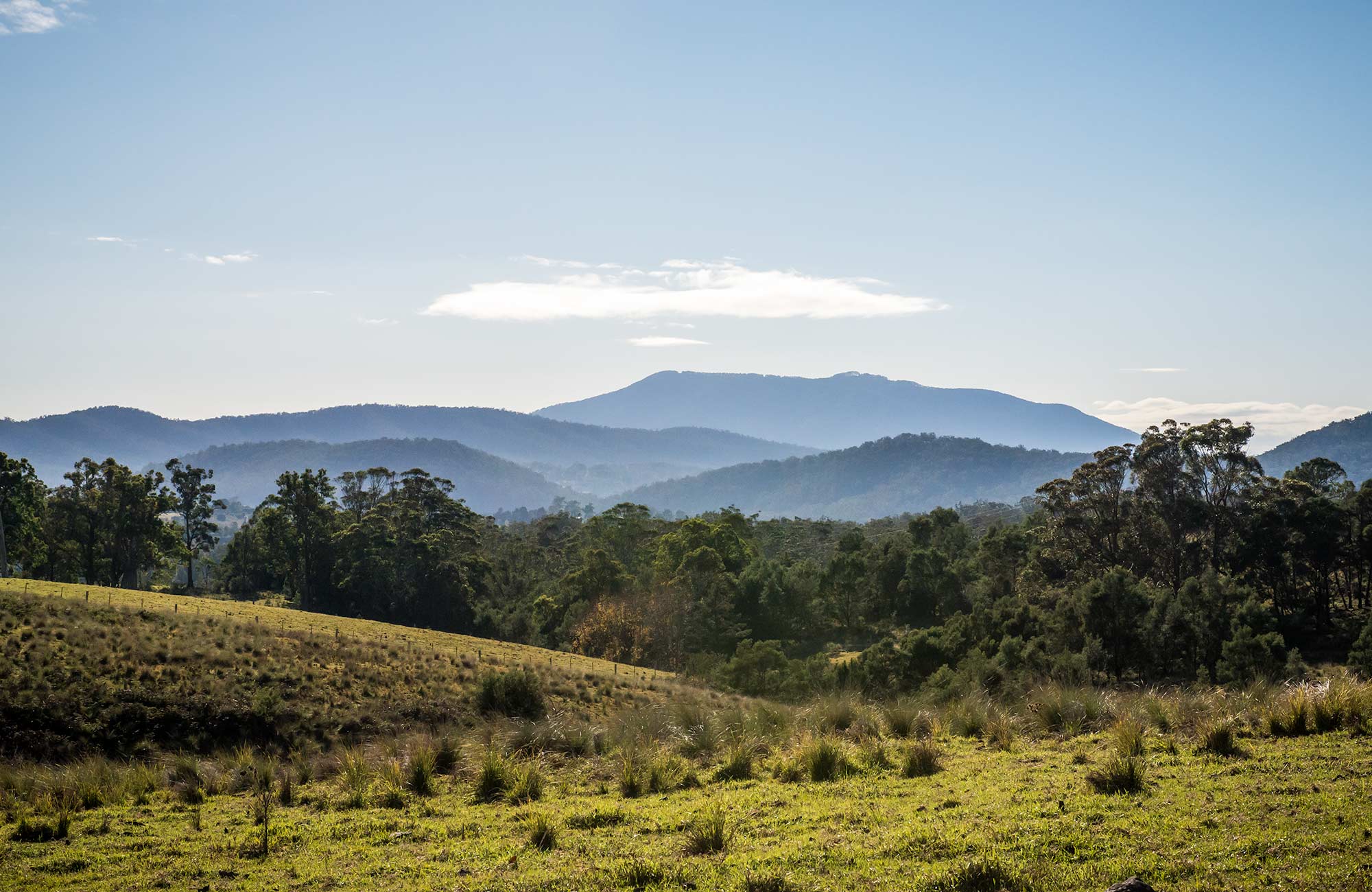