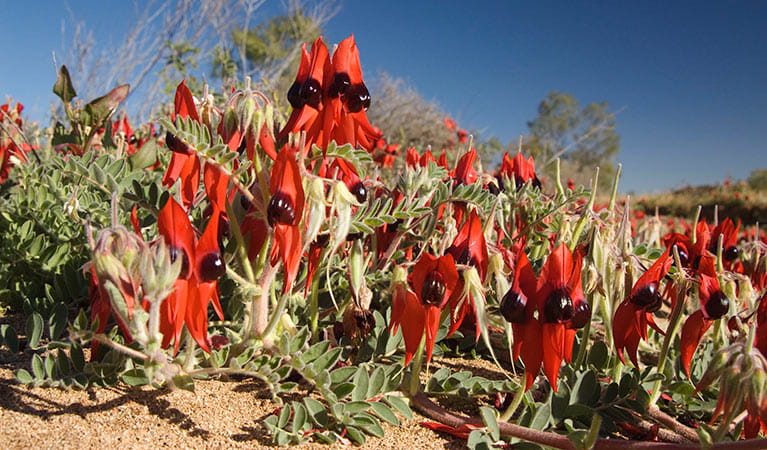 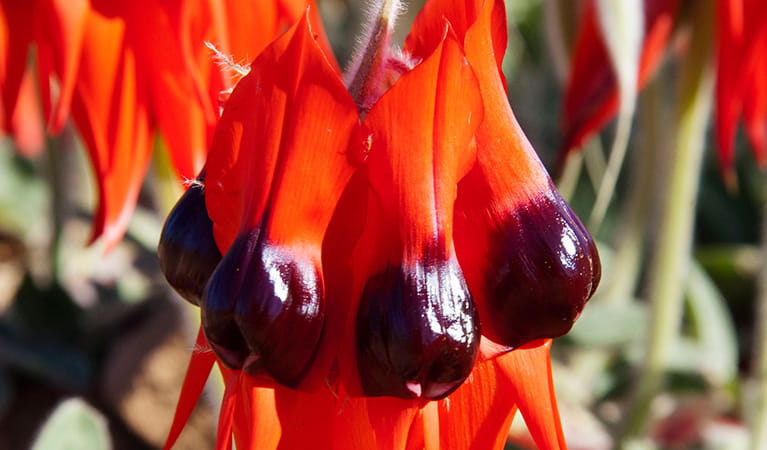 Sturt’s desert pea is famous for its distinctive slender-tipped red flower. Although the floral emblem for South Australia, this easily-recognised wildflower is found throughout inland arid zones of Australia.

Sturt’s desert pea is part of the genus swainsona, named after English botanist Isaac Swainson. The common name of the plant was given in honour of the British explorer of Australia, Charles Sturt.

This sprawling native plant produces stems that can reach 2m in length. It normally blooms from June to March, however flowering can depend on seasonal rains. 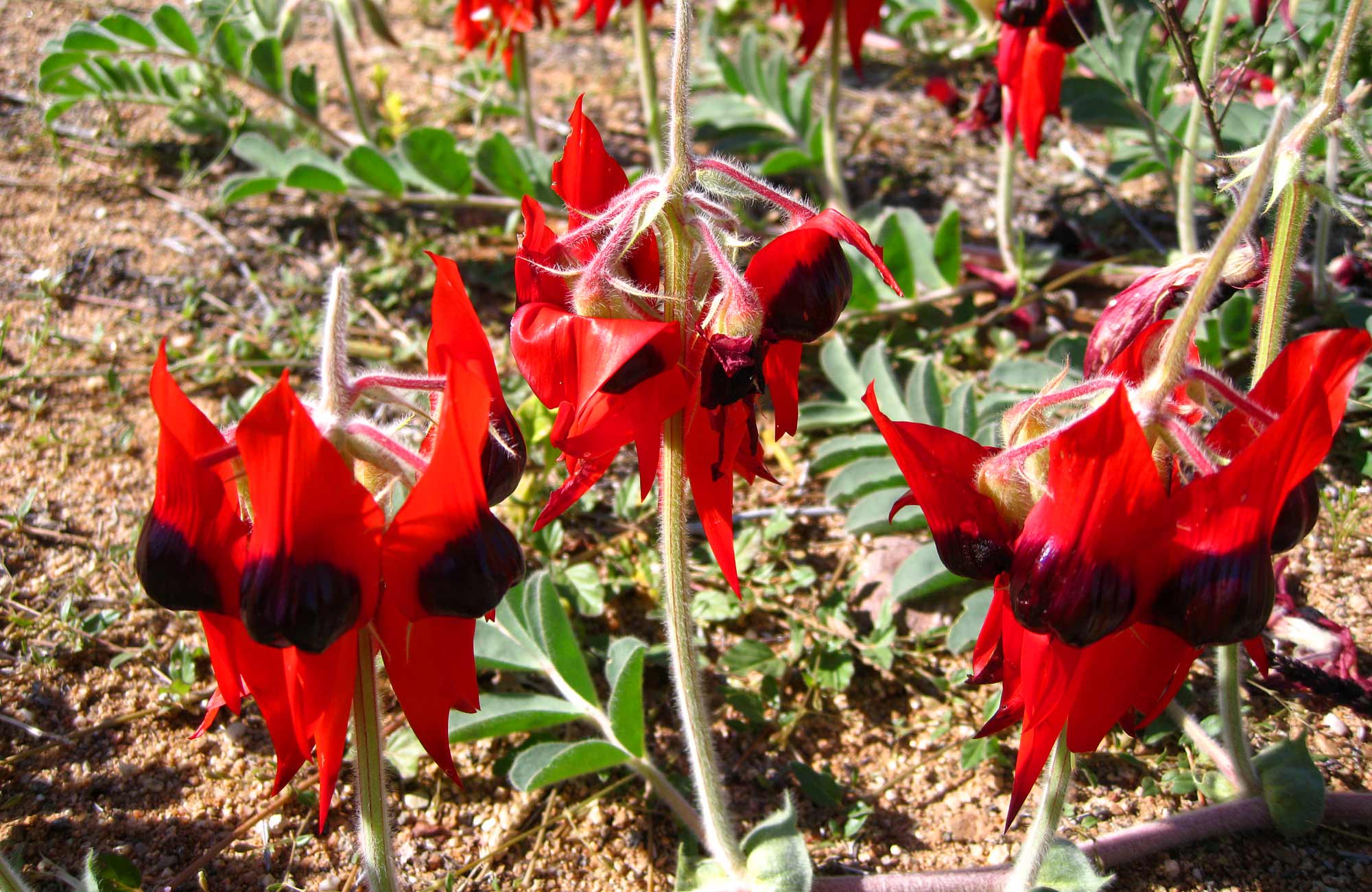