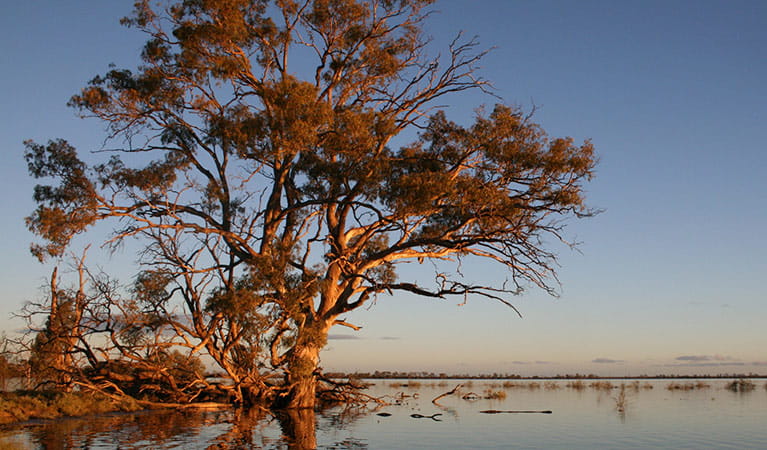 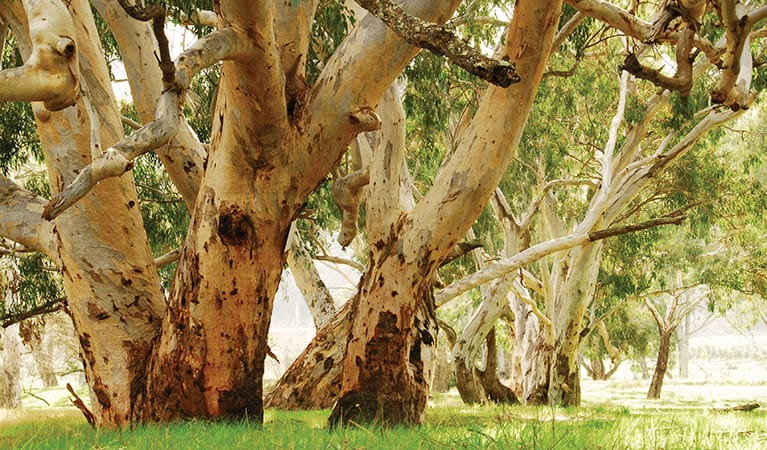 Australian native plants, majestic river red gum trees are widespread across Australian inland river systems. The river red gum is a dominant tree species of the Murray-Darling basin which spans NSW, Queensland and Victoria. This iconic native eucalypt grows to a height of 30m and is thought to have a lifespan up to 500-1000 years.

The river red gum is one of the best-known eucalypts in Australia and occurs throughout inland river systems and seasonal flooplains. It’s the dominant tree species of the Murray-Darling basin and an important one for its ability to reduce bank erosion and increase the abundance of other Australian native plants and animals.

River red gums have a deep sinker root, allowing them to tap into underground water supplies during times of seasonal drought. Like most eucalypts, it generally flowers between late spring to mid summer, producing white to pale-cream flowers.

This iconic Australian native plant grows to a height of about 30m and is thought to be able to live between 500-1000 years. 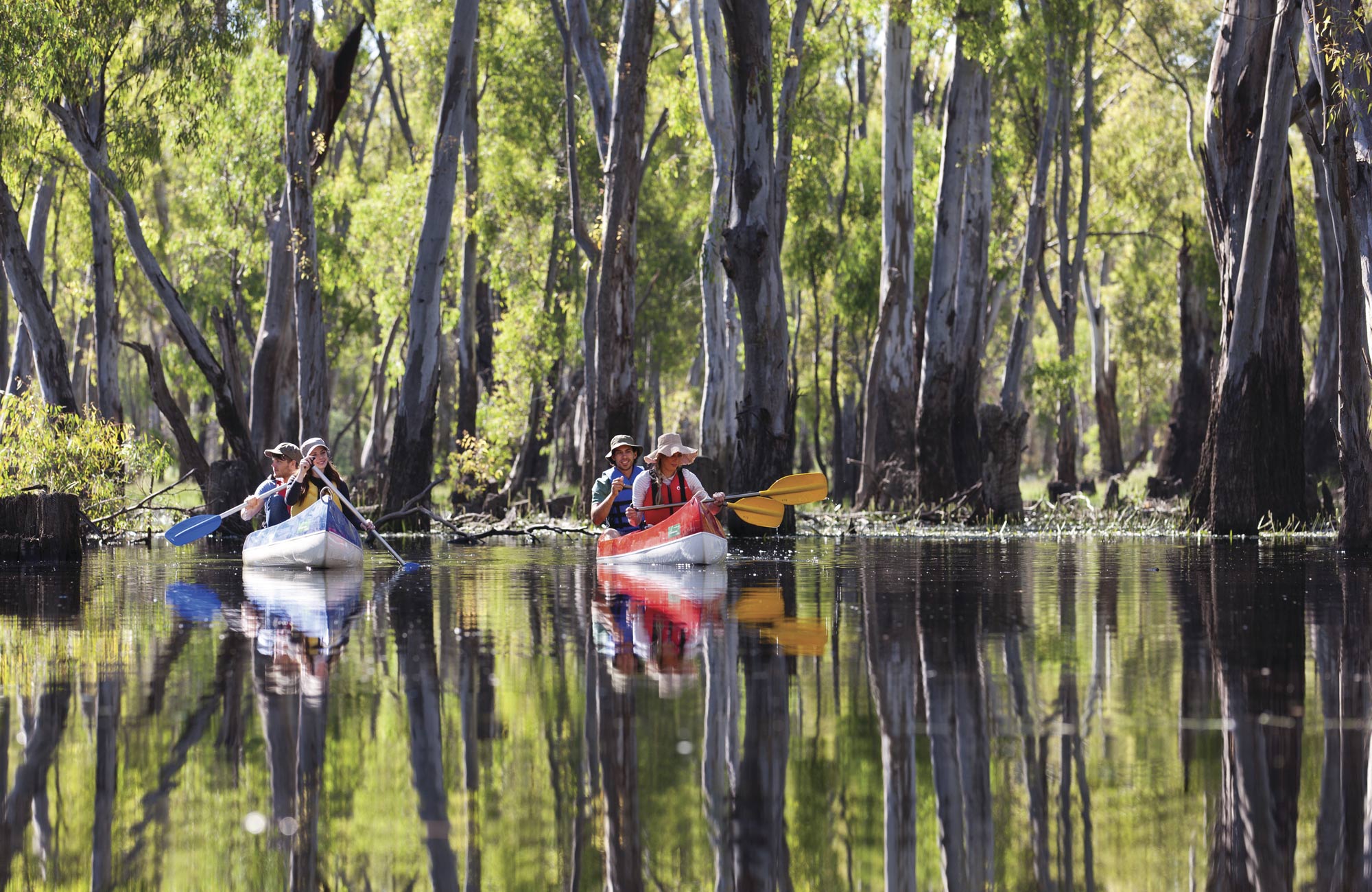