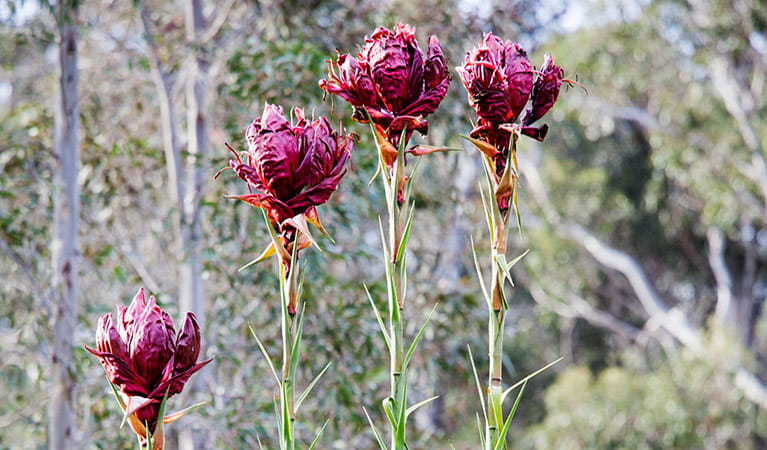 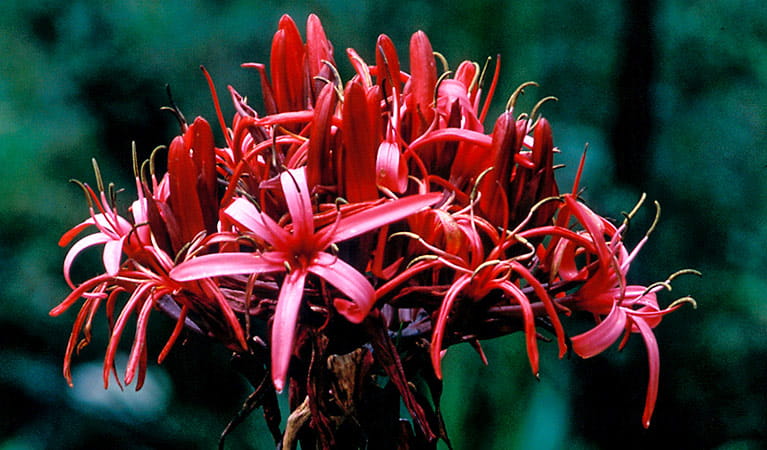 The magnificent Gymea lily is one of the most unusual Australian native plants, found only along the coast and surrounding bushland of the Sydney Basin, from Newcastle to Wollongong. In spring this giant lily shoots out spectacular red flowers that can reach heights of 2-4m.

You won’t forget the first time you see the distinctive Gymea lily in flower. Occurring naturally along the coast and surrounding bushland of the Sydney Basin, this magnificent giant lily has clusters of sword-like leaves that can grow between 1-2m in length.

Also known as the flame or giant lily, long thick stems shoot from the centre of the plant, producing spectacular red flowers in spring that grow on stems that can reach heights of between 2-4m. The compact heads of these large tubular flowers are rich in nectar, attracting a range of nectar-loving birds such as honeyeaters. 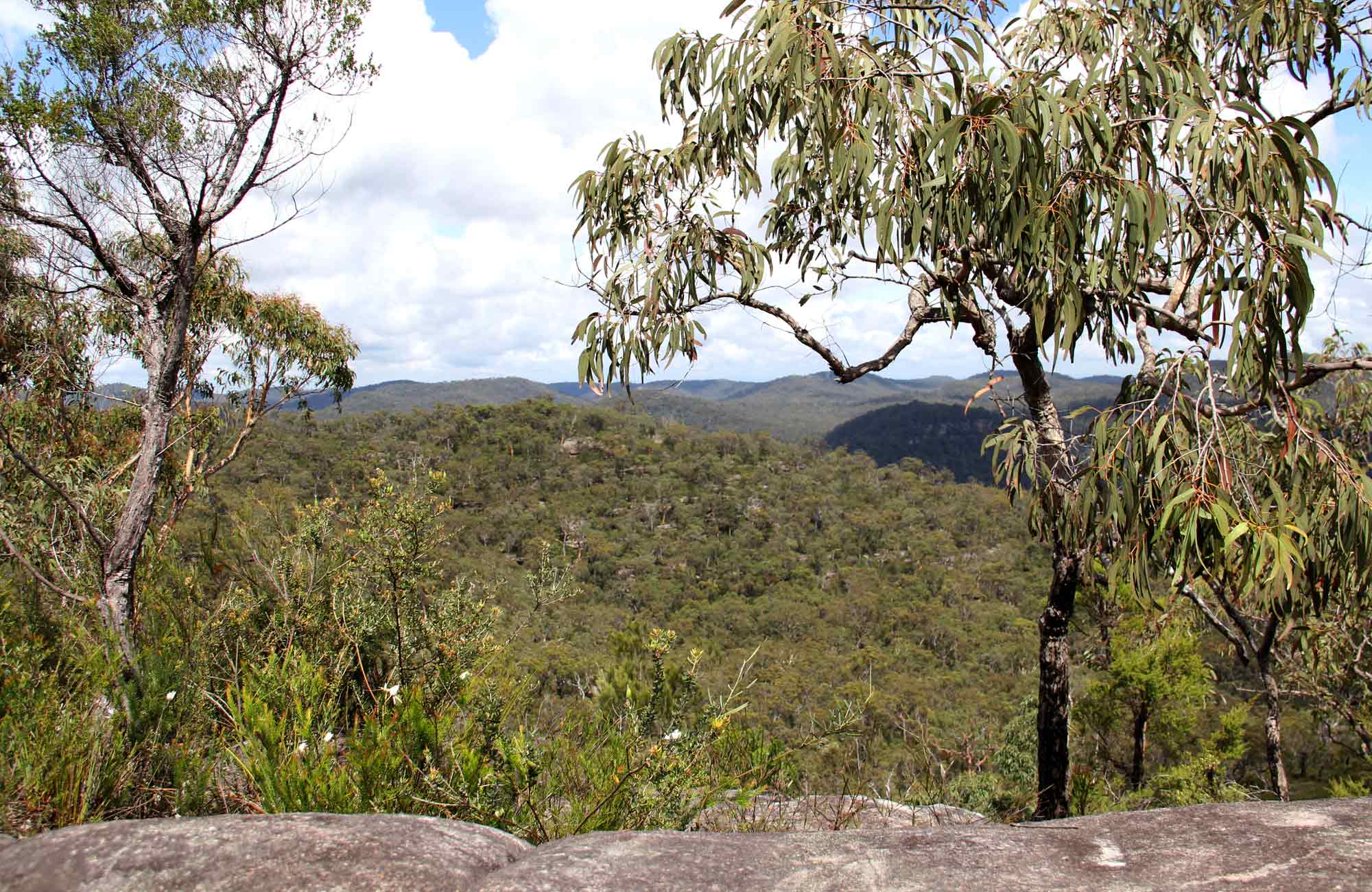