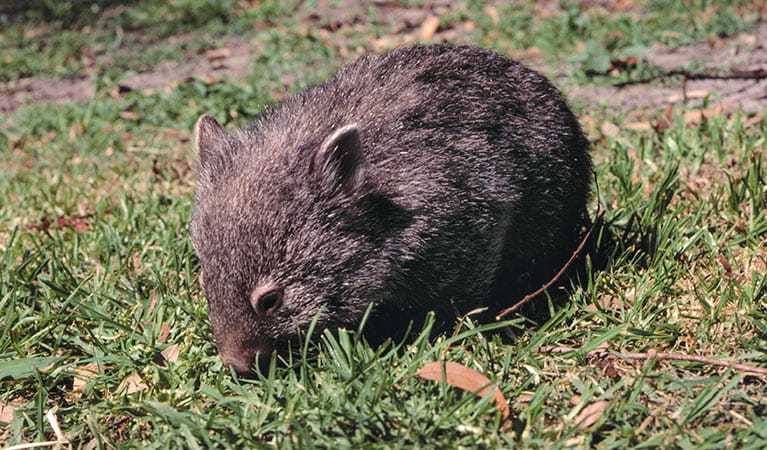 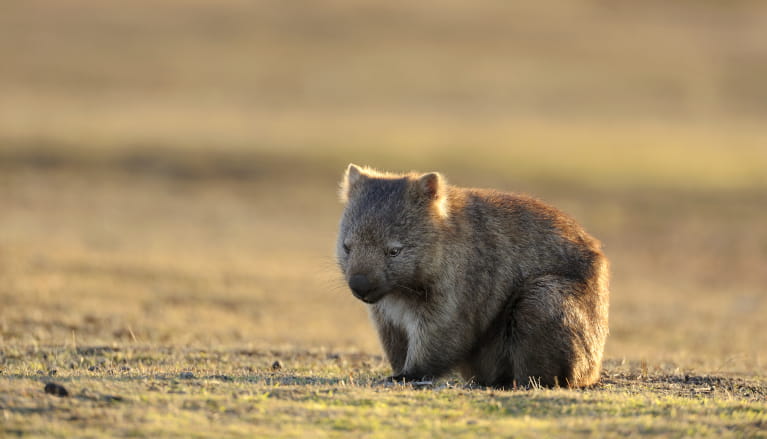 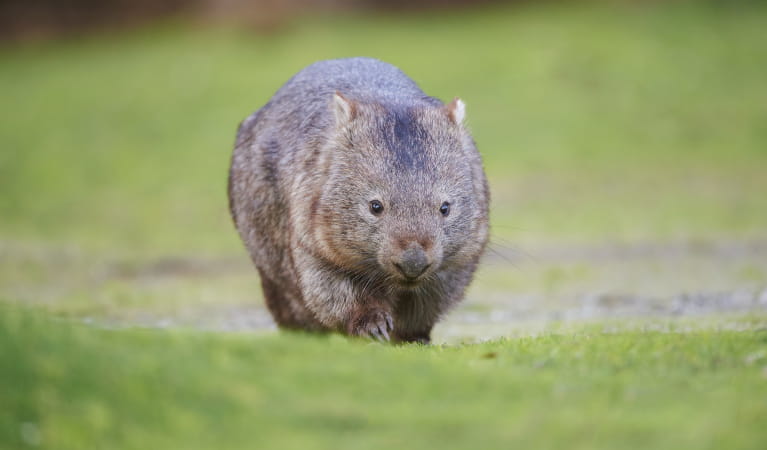 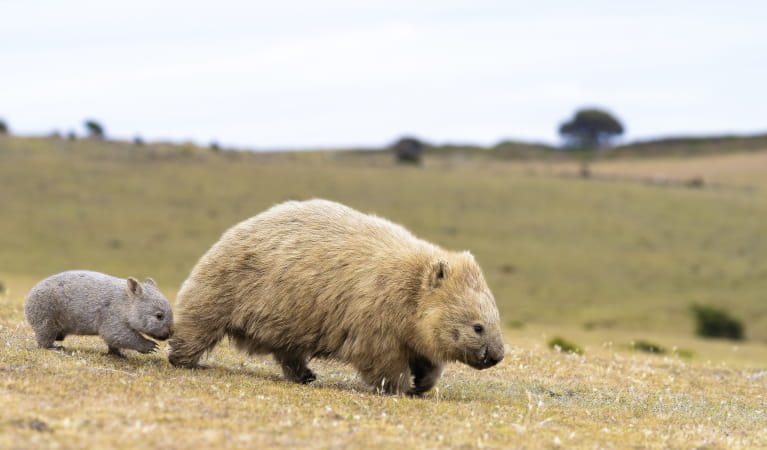 A large, squat marsupial, the Australian bare-nosed wombat is a burrowing mammal found in coastal forests and mountain ranges across NSW and Victoria. The only other remaining species of wombat in NSW, the endangered southern hairy-nosed wombat, was considered extinct until relatively recently.

The bare-nosed wombat is a stocky Australian marsupial found in coastal forests, as well as the mountain ranges and western slopes of NSW and Victoria. The rarer southern hairy-nosed wombat, once thought extinct, is now considered endangered. With a blunt head, flat nose and powerful legs, wombats are expert burrowers, able to tunnel major warrens up to 30m in length.

With sharp front teeth that grow continuously, the bare-nosed wombat is well-equipped to eat a range of native tussocks such as snow grass, wallaby and kangaroo grass, and tree roots. Although quite slow and ungainly, a wombat can reach speeds of up to 40km per hour for short bursts. 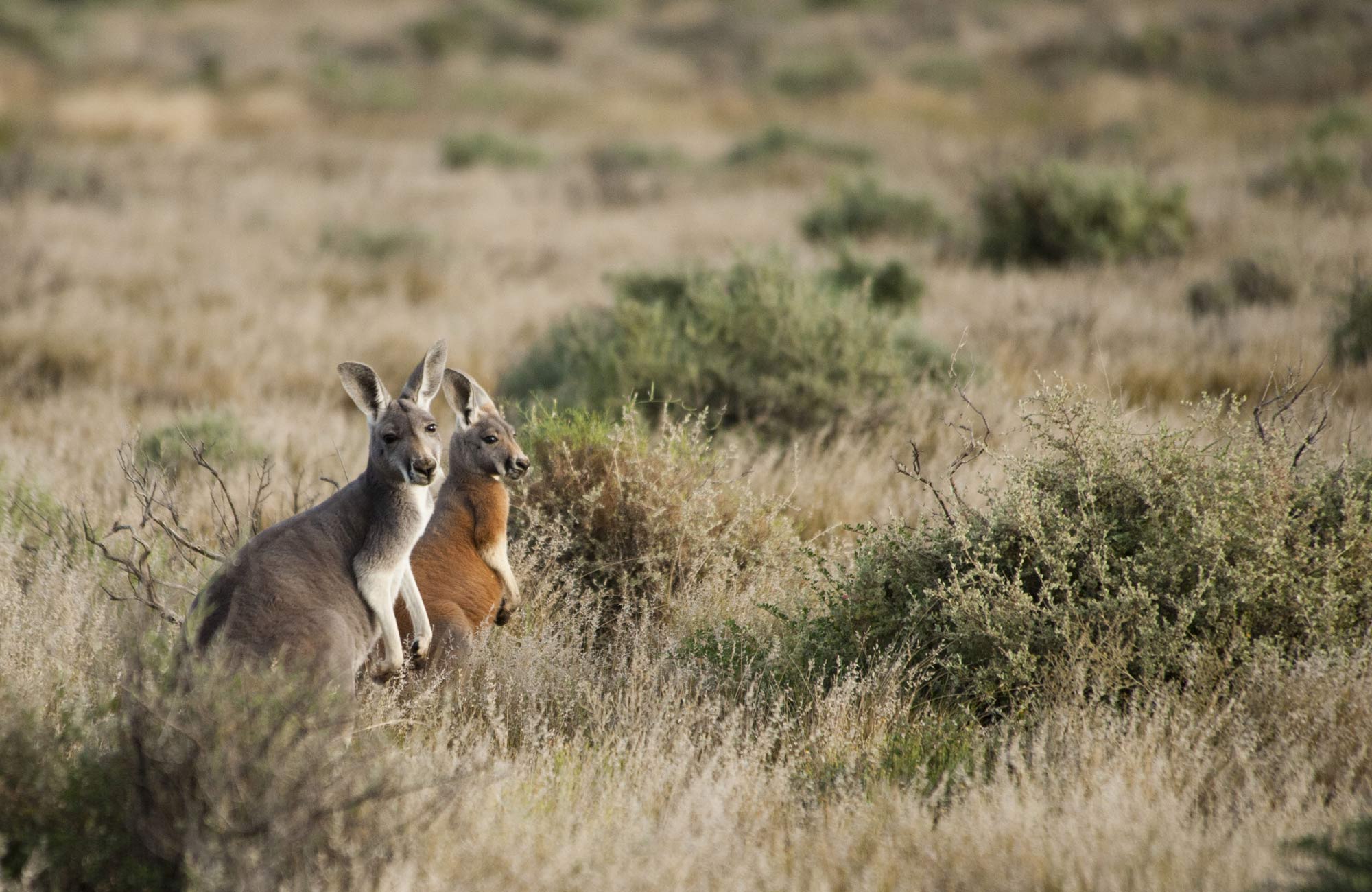