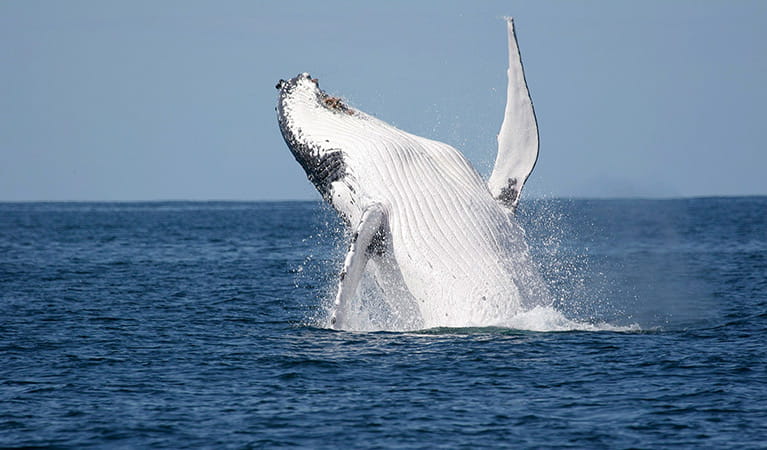 Learn more about the different whale species and cetaceans you might see when you’re whale watching in NSW national parks.

Toothed whales have teeth, but some – such as Baird’s beaked whale – have tusks, while the narwhal has a long spiraled horn, much like the mythical unicorn.

The odontoceti include beaked whales, bottlenose whales and dolphins. It also includes the smallest of the cetaceans, the porpoise, and one of the largest, the sperm whale, as well as the largest type of dolphin, the orca which is also known as the killer whale.

Toothed whales have a single blowhole on the top of the head, which was formed from one of the nostrils becoming dominant over the other, rather than from them fusing together.

Baleen whales are named after their feeding apparatus: baleens. Baleen consists of a series of sloping plates made from keratin, the same material that makes up our fingernails. These hang from the roof of the mouth and are used to filter plankton, krill and schooling fish.

The lower jaws are very flexible and the mouth is expandable to accommodate the gulping method of feeding. Food is caught in the bristles of the baleen, while water is forced out of the mouth through the gaps.

Baleen whales have two blowholes, which in right whales produce a distinctive V-shaped blow, the spout of water spray and vapour blown out when the whale surfaces to breathe.

Unlike most other marine mammals, female baleen whales are larger than males.

Baleen whales include right whales (southern rights, pygmy rights), gray whales and rorquals. The dorsal-finned rorquals include the largest animal on earth, the blue whale which can grow up to 34m in length. Other rorquals that can be found in coastal Australian waters are the fin, sei, Bryde’s and minke whales. These whales have all been subject to considerable human exploitation.

Fortunately, and thanks to conservation efforts, whale populations of some of these species are on the rise, ready for you to see on their annual migration between May and November along the NSW coastline. 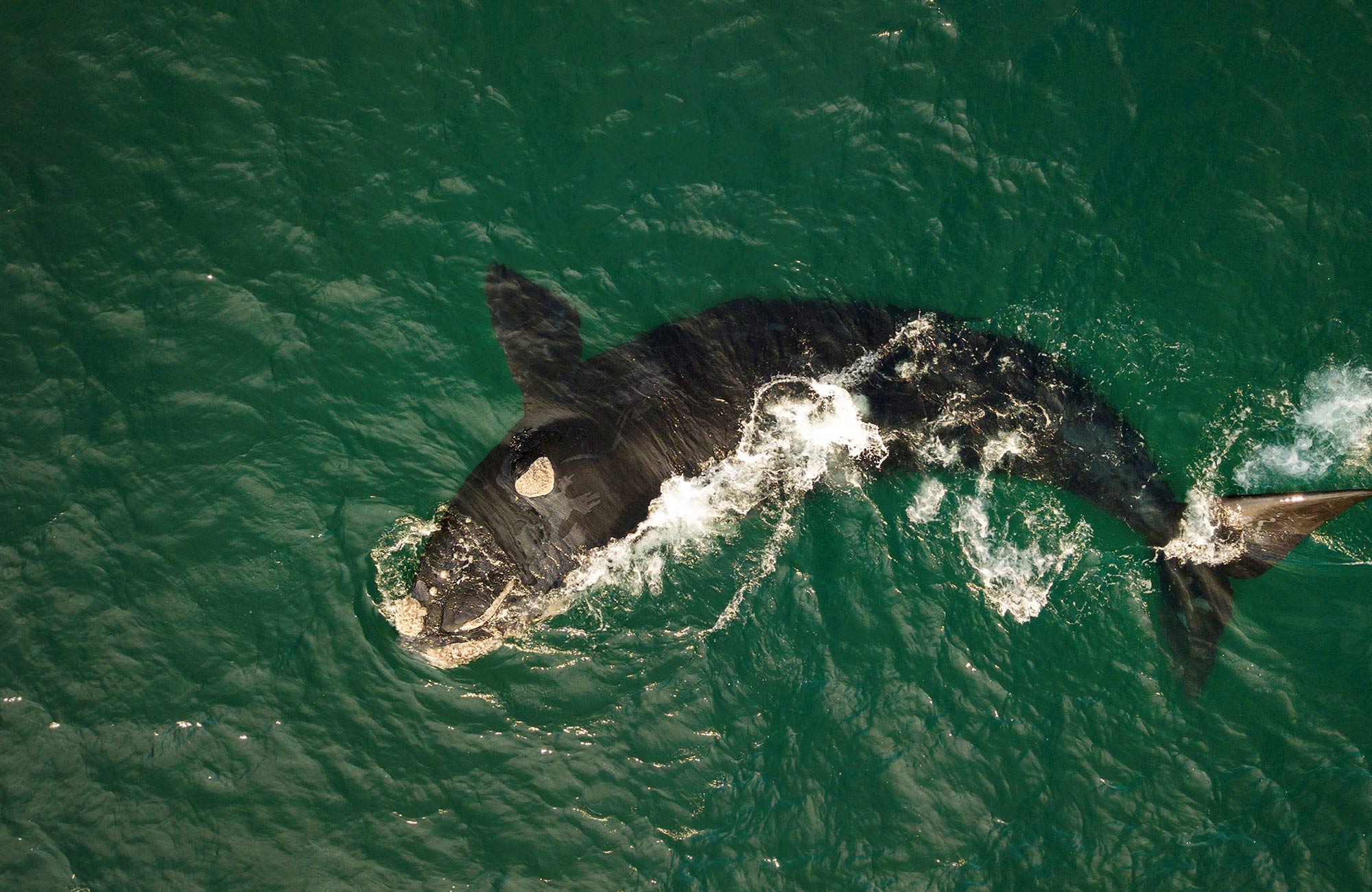