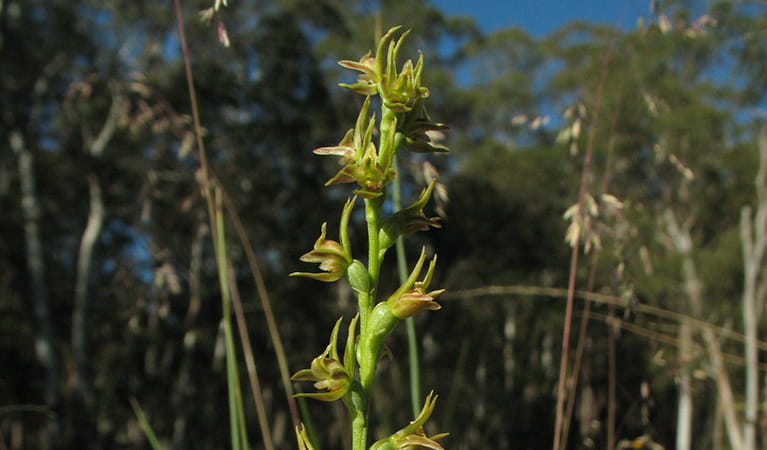 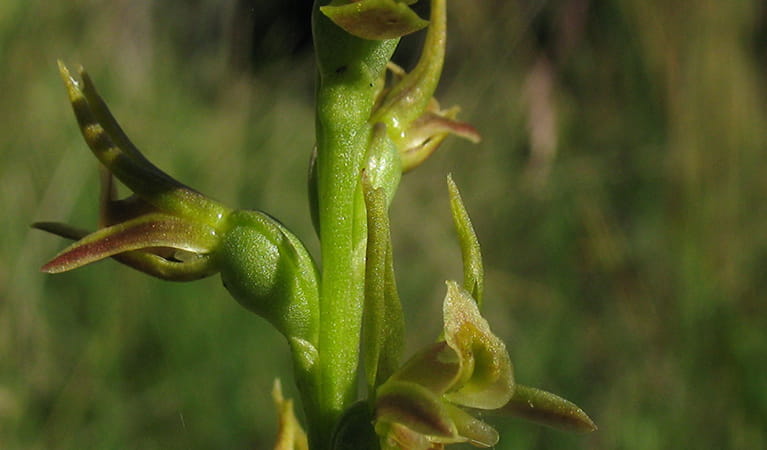 The critically endangered summer leek orchid is found in just a few NSW locations, one of which is South East Forests National Park. This pretty orchid is the focus of intensive NPWS conservation efforts, including habitat assessment and feral pig control.

The summer leek orchid is primarily threatened by a small population size and low distribution rate. Consequently, one of the key goals of NPWS is to expand the size and condition of its habitat through extensive plantation and by monitoring the number, extent, and condition of existing plants.

As part of the Saving our Species program, we also aim to reduce the threat of feral pigs, which eat, trample and uproot the orchids.

Summer leek orchids grow only in undisturbed kangaroo grass or in a grassy groundlayer of woodland. You can really only catch a glimpse of them when they’re in bloom as its leaves blend with the grasses in its habitat. See if you can spot its bright, fragrant flowers, which range from red to greenish-red and brownish-red in colour.