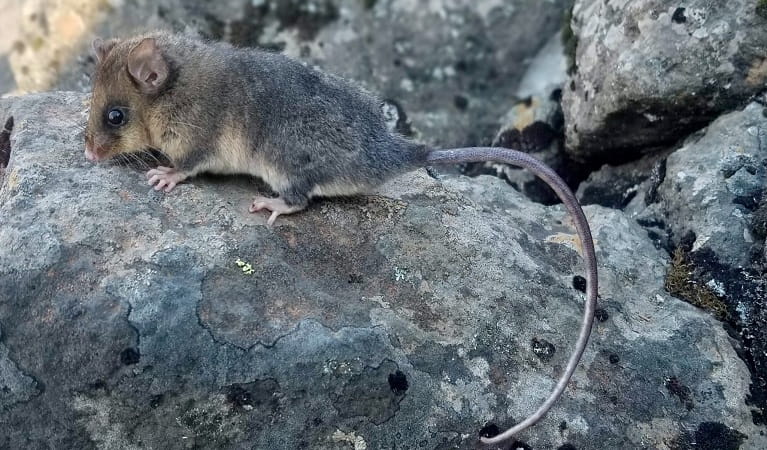 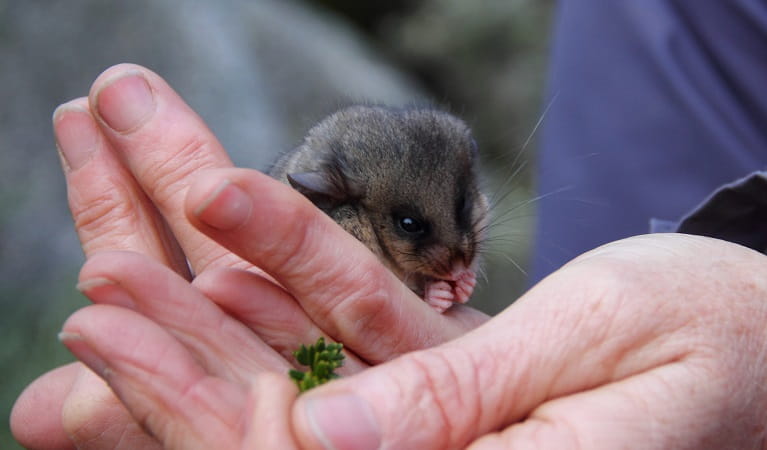 The mountain pygmy possum lives in the alpine and subalpine areas of Kosciuszko National Park. NSW National Parks is working with Saving our Species to ensure the endangered possum's survival.

The mountain pygmy-possum was thought to be extinct until it was detected in 1966 at a Victorian ski resort. It’s estimated that less than 3000 adults now live in the wild.

Adult mountain pygmy-possums have a head-body length of 11cm, with a 13cm-long coiling tail. Its average weight is around 40g, which varies from 30g in spring to 80g in autumn. They have fine but dense grey-brown fur above, and creamy to bright fawn fur underneath.

They’re one of Australia’s few ground-dwelling hibernating marsupials. These possums can hibernate for up to 7 months under the snow. They live and nest deep within boulder-fields and scree slopes where boulders have accumulated, on and below mountain peaks.

At high elevations hibernating mountain pygmy-possums need a continuous cover of snow to give them enough insulation to stay warm over winter. Therefore, the impacts of climate change resulting in reduced snowfall is a threat to the species. Other threats include predators like cats and foxes; habitat loss and fragmentation caused by humans; and increased temperatures and reduced rainfall resulting from climate change. The increasing incidence of bushfire is also detrimental to the fire-sensitive mountain plum-pine, an important seed and shade source for the possums.

An emerging threat is the reduction in bogong moth numbers. They are a key food source for the possums over spring and summer. The moths migrate from southern Queensland and western NSW each spring to the caves and boulder-fields of Mount Kosciuszko and surrounds. There is a long-term decreasing trend in moth numbers, which fluctuates individually each season. This could have devastating impacts on mountain pygmy-possums.

We’re working with Saving our Species on varied programs to ensure the possums’ survival. This includes protecting the possums’ key habitat during planned and unplanned fire events, controlling pest animals and tracking the possum numbers and health over time. 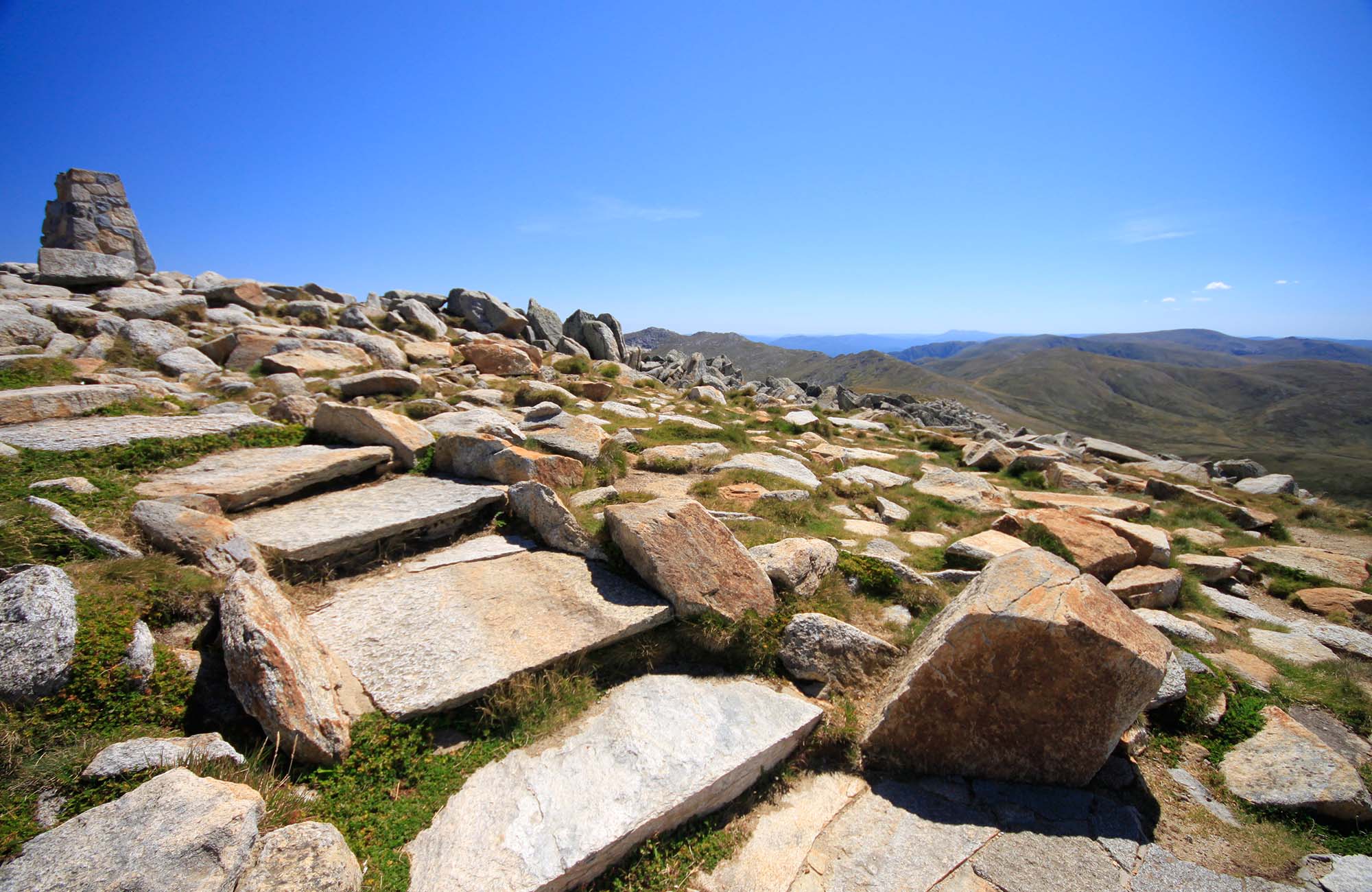