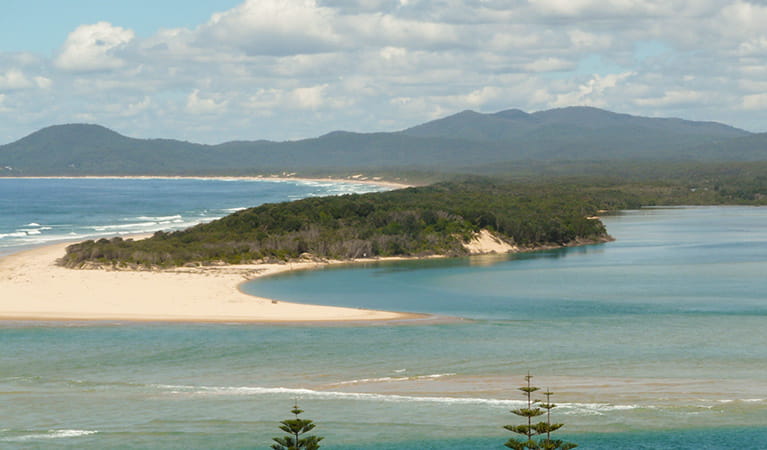 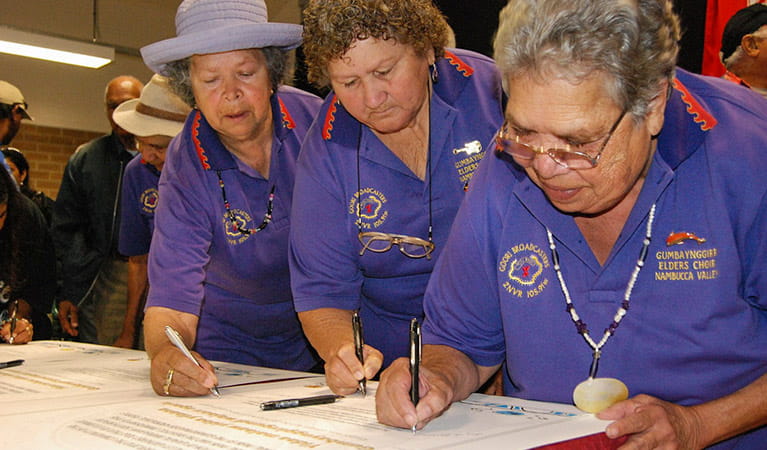 Gaagal Wanggaan (South Beach) National Park is jointly managed by the Aboriginal people of the Nambucca Valley and NPWS. As Aboriginal land, it is leased back to the NSW government. The Aboriginal owners have the main say in the running of the park through a board of management.

Gaagal Wanggaan (South Beach) National Park was created in April 2010, as a resolution to land claims by the Gumbaynggir Aboriginal community lodged between 1984 and 1995. The coastal land between Nambucca Heads and Scotts Head has significant cultural value to the Gumbaynggir People, who have lived in the region for many thousands of years.

The land also has key ecological value, with undisturbed dunes, patches of rainforest, and estuarine mangroves rich in biodiversity. The formation of the national park thus serves a double function, safeguarding Aboriginal culture and conserving an important natural environment.

The land is owned by the Nambucca Heads and Unkya local Aboriginal land councils on behalf of the Gumbaynggir Aboriginal community, who continue to use the area to gain sustenance and live their culture. The NSW government leases the land under the National Parks and Wildlife Act. Lease payments are spent on the care of the park, which is jointly managed by NPWS and a board consisting mostly of Aboriginal owners. 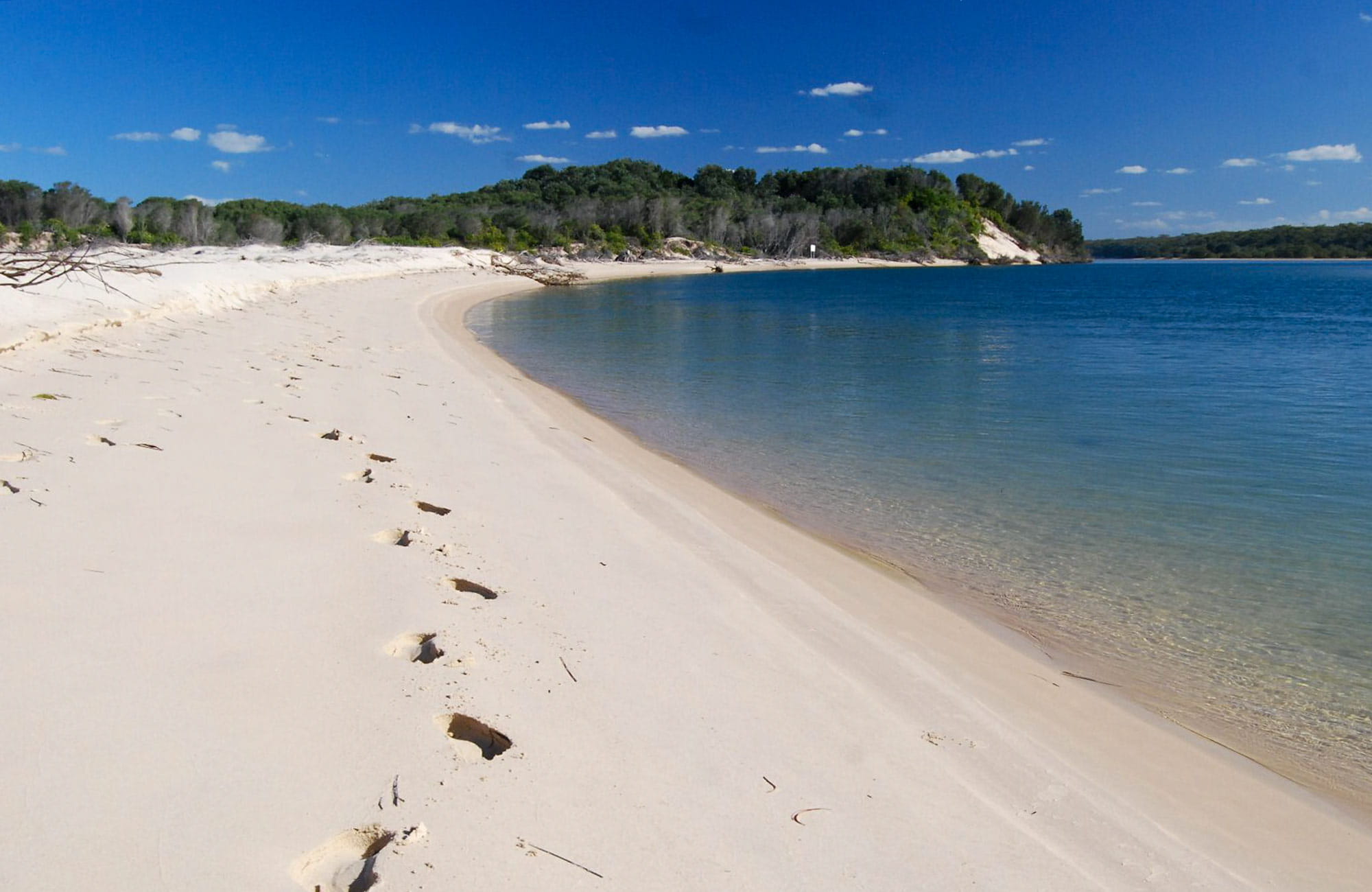