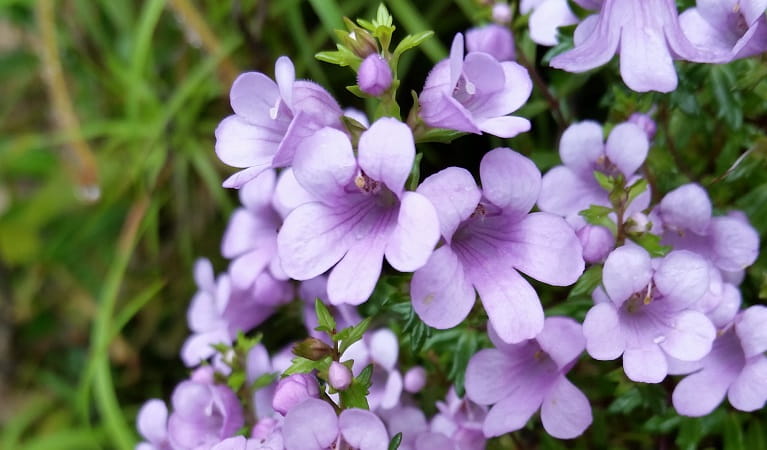 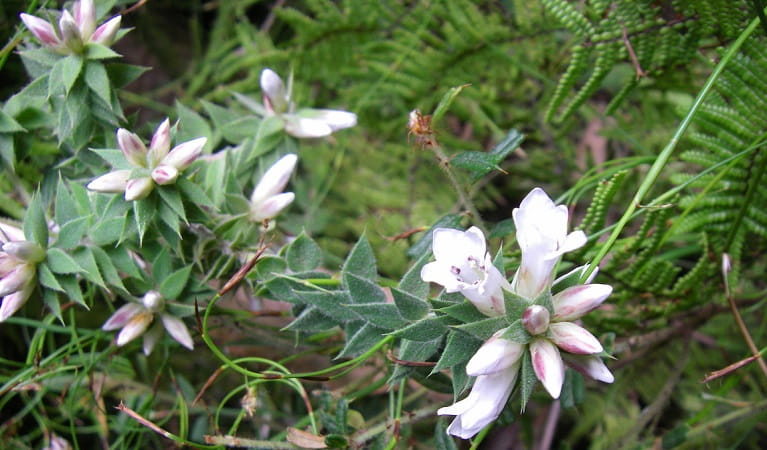 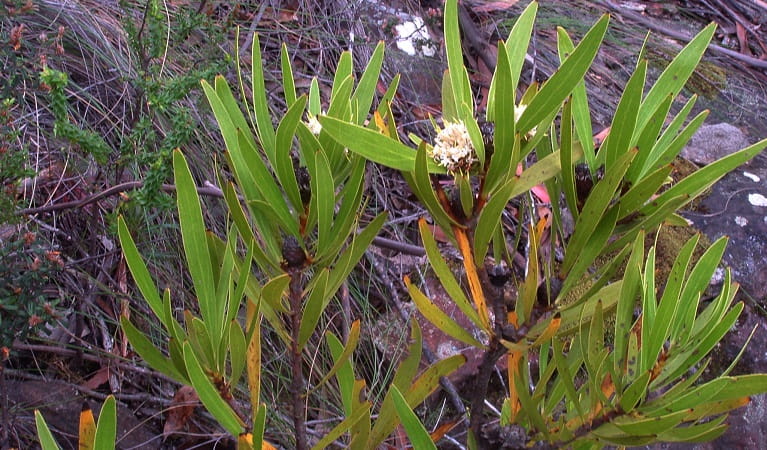 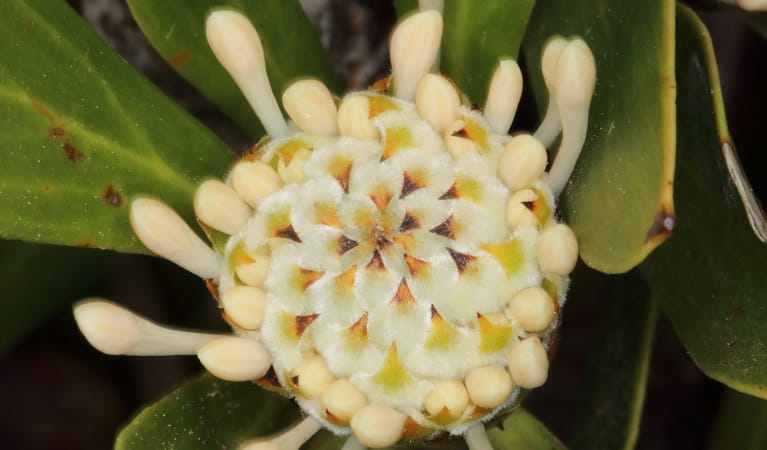 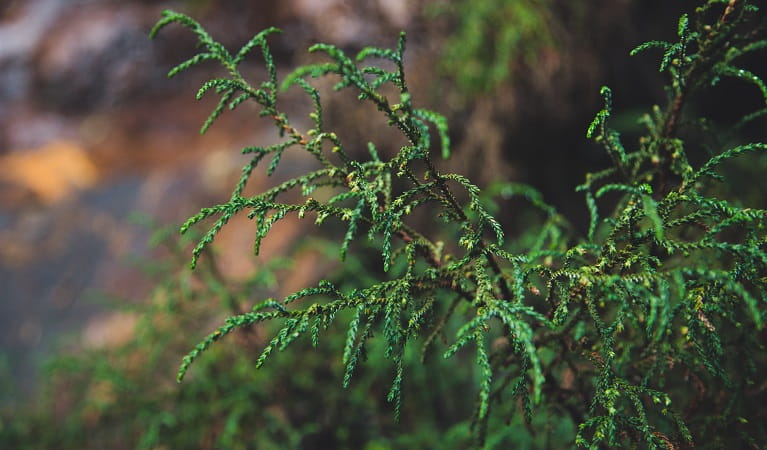 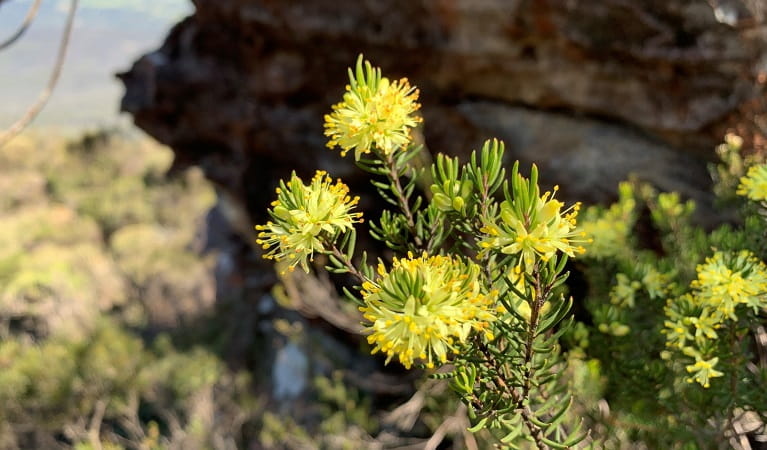 Five amazing plant species are clinging to life around the rugged cliffs of Blue Mountains National Park. NSW National Parks and Saving our Species are working together to protect ‘the cliffhanging 5’.

Read more about The Cliffhanging 5

Millions of years ago, the climate was warmer and much wetter than today. The global climate conditions in which the cliffhanging 5 thrived have changed. These rare plant species are now only found on the steep cliffs of the upper Blue Mountains. They grow in a few highly specialised niches that receive valuable moisture.

The cliffhanging 5 are each as unique as the other:

Help us protect the Cliffhanging 5

The main threats to these plants’ survival are people trampling on them or picking the flowers while rock climbing, bushwalking or abseiling. NPWS is working to reduce this by assessing the species' populations and educating climbers and bushwalkers about how they might be impacting these plants.

If you're bushwalking, abseiling or climbing in the area: 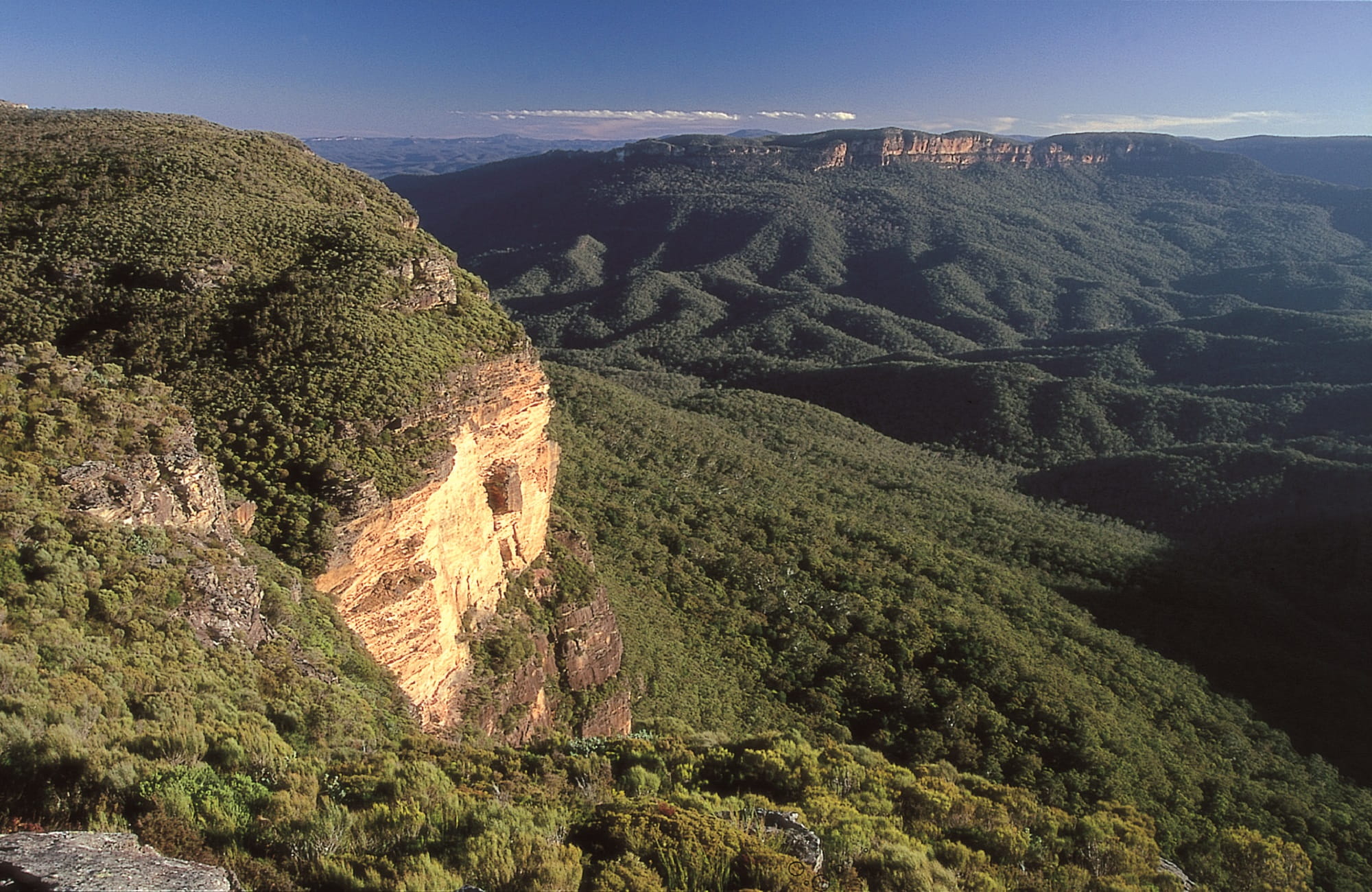