Many NSW national park campgrounds, accommodation and visitor centres will start to reopen from 1 June but important changes are in place to keep visitors safe. All camping requires a booking. Check park alerts and visit COVID-19 updates for more information before visiting any park. 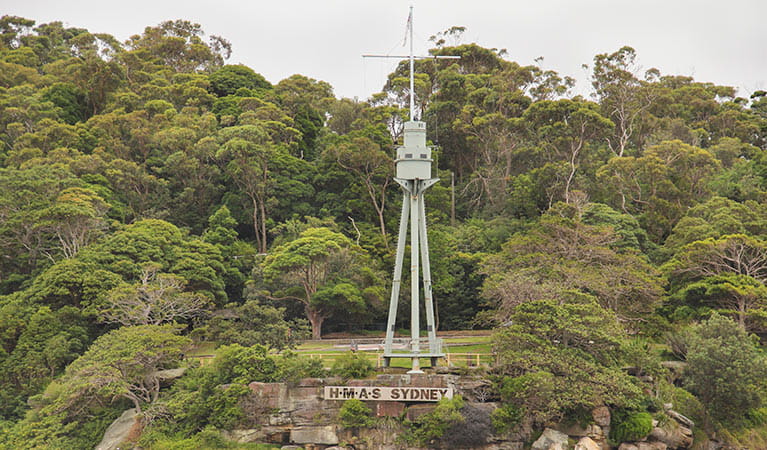 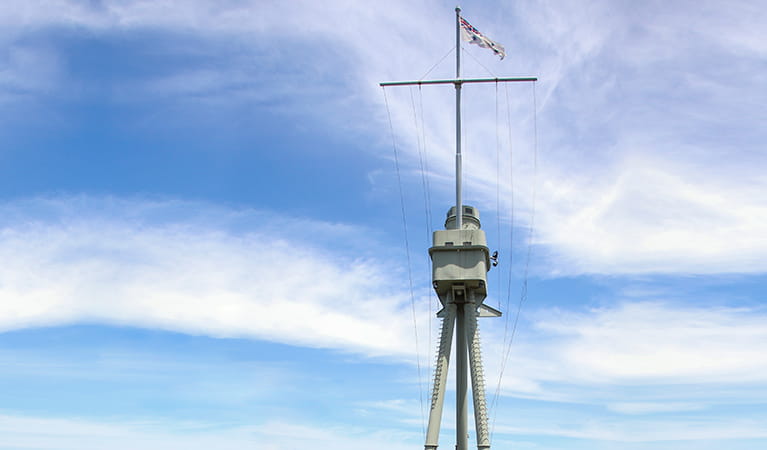 Bradleys Head Mast project honours the outstanding social, historic and naval significance of the HMAS Sydney I mast monument, with an intensive conservation effort. The project will restore this important Sydney Harbour National Park memorial to its former glory.

Bradleys Head is listed on the State Heritage Register and this picturesque headland is home to Australia’s premier naval monument, the mast of HMAS Sydney I.

The mast of this distinguished WWI escort ship was erected here in the 1930s, astride the remains of a pivotal 19th century coastal fort. The monument’s importance is marked by it being the only one to which ceremonial honours must be rendered by all passing naval ships.

Now, a century on from the outbreak of WWI, Bradleys Head Mast Project pays tribute to this iconic memorial. The project not only encompasses the repair, re-painting and conservation of the mast itself, but the upgrading of the onsite memorial, toilets and car parking, and improved fencing and lighting.

Additional precinct revitalisation will include the construction of a new memorial walk commemorating Australian naval ships lost at sea.