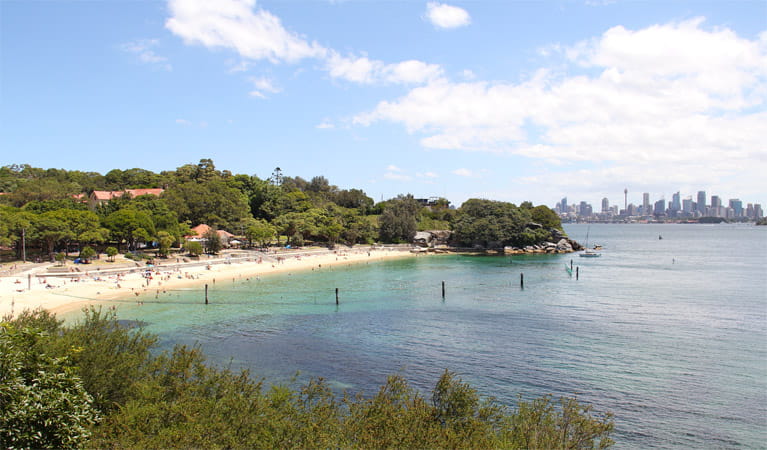 With its picturesque bush setting, Shakespeares Point in Nielsen Park, located within Sydney Harbour National Park, is ideal for a day out.

6am – sunset daily. Closed between Christmas Day and New Year.

Picnic areas are located at nearby at Nielsen Park.

Shakespeares Point in Nielsen Park is a perfect outdoor location to highlight the best of Sydney’s urban and natural charms. Located in the southern reaches of Sydney Harbour National Park, just east of Shark Beach, it provides a stunning backdrop for a memorable day out.

This lovely tree-lined setting backs onto a large flat grassy area, with plenty of space for friends and family to mingle. You’ll catch glimpses of Shark Bay and views of the iconic city skyline to the west while you're catching up with friends and family.

From here, you can explore other areas within the beautiful Nielsen Park, like Bottle and Glass Point. 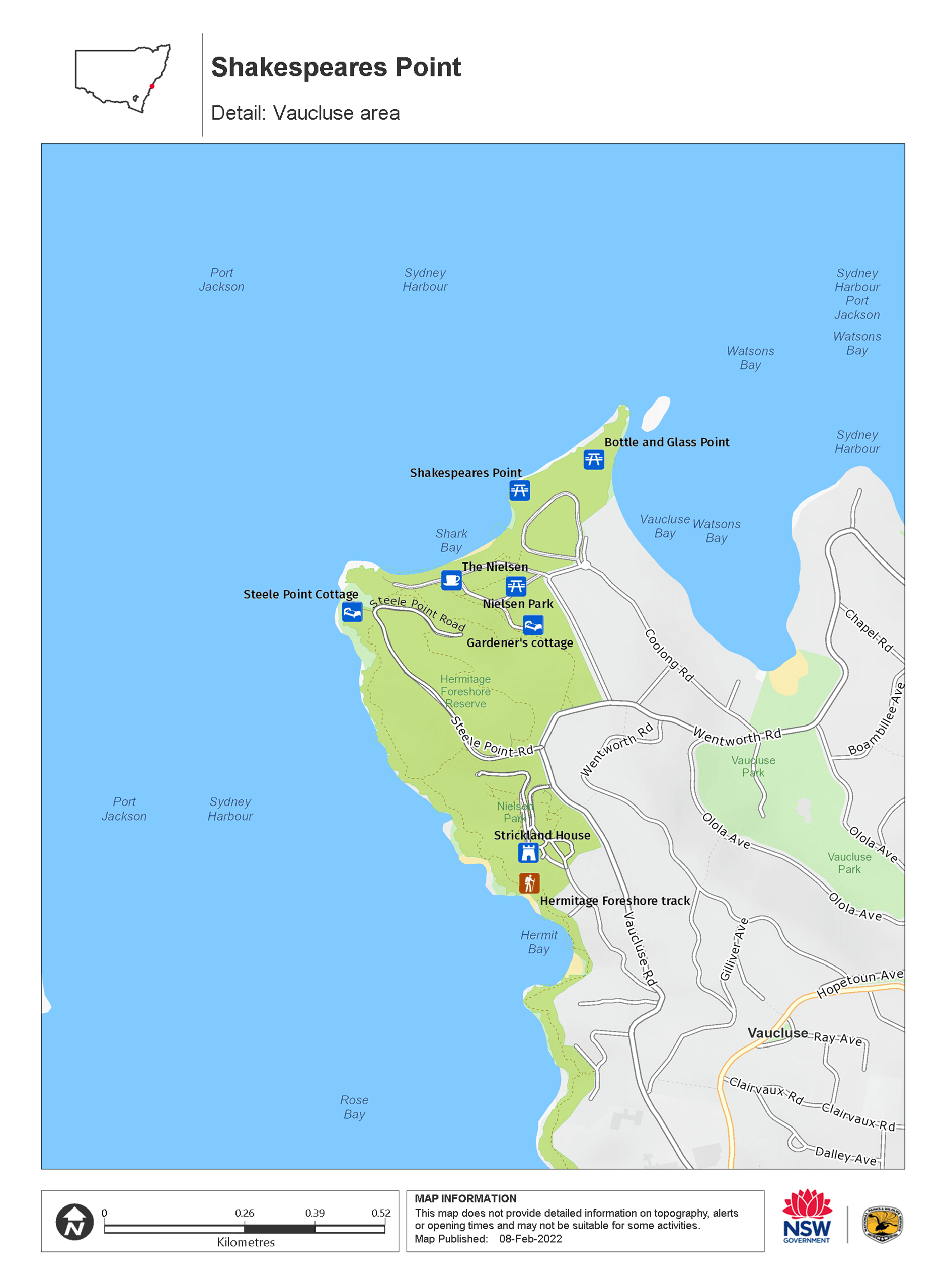 For the latest updates on fires, closures and other alerts in this area, see https://www.nationalparks.nsw.gov.au/things-to-do/picnic-areas/shakespeares-point/local-alerts

All the practical information you need to know about Shakespeares Point.

Shakespeares Point  is in the Nielsen Park precinct of Sydney Harbour National Park. To get there:

Parking is available in Greycliffe Avenue, including several designated disabled spots. But it can be a busy place on the weekend, so parking might be limited.

The closest toilets are a five-minute walk away, down the stairs that lead towards Shark Beach and the main part of Nielsen Park.

Shakespeares Point is in Sydney Harbour National Park. Here are just some of the reasons why this park is special: 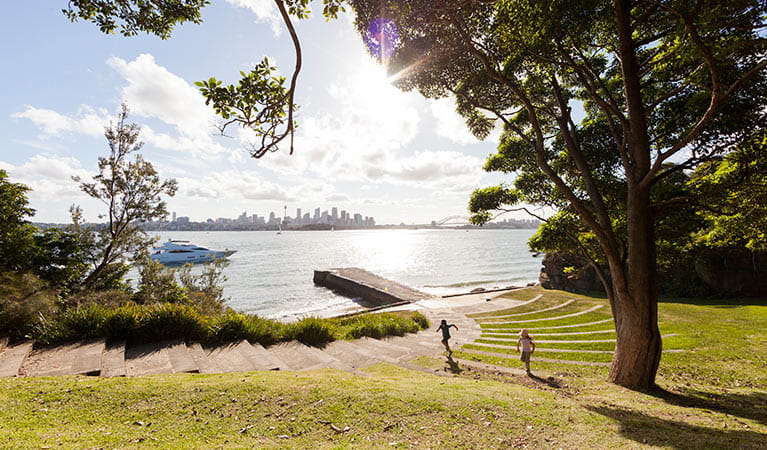 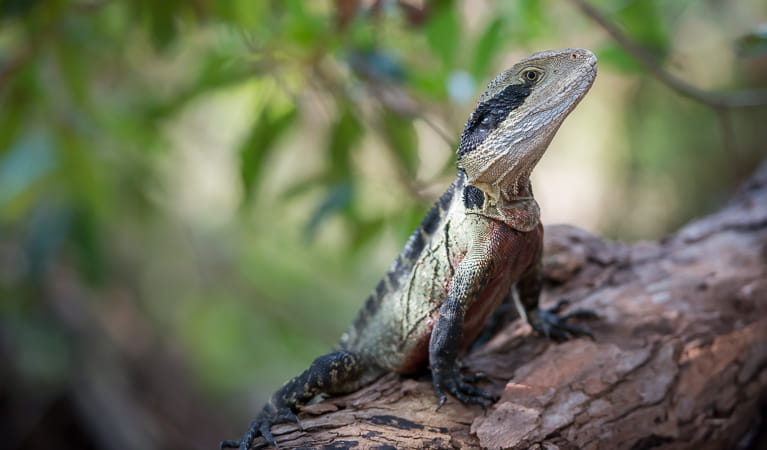