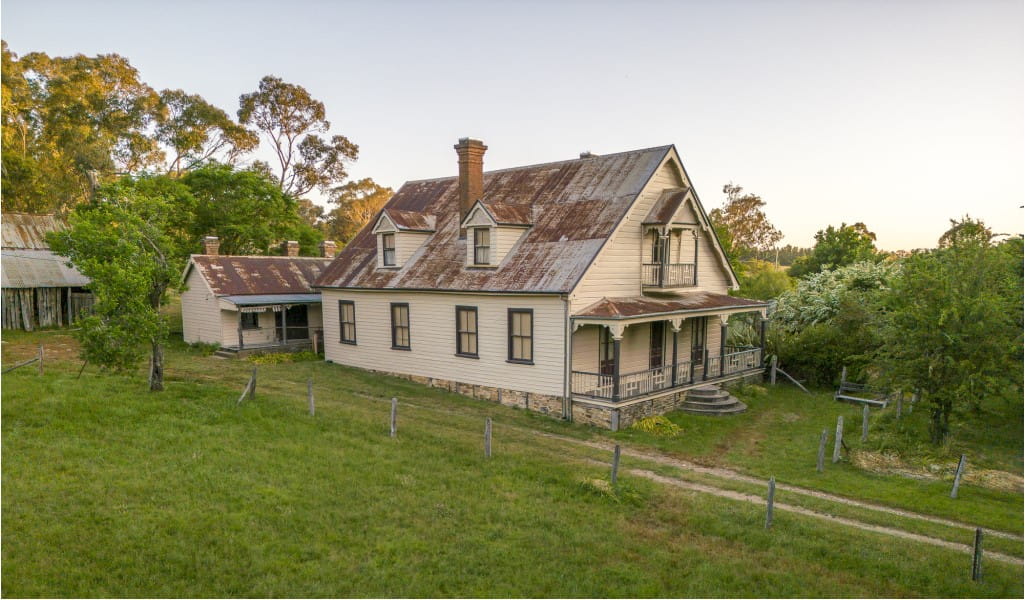 Step back into the colonial era with a guided tour through historic Craigmoor home in Hill End. Careful attention to detail means this unique heritage experience brings history to life.

What better way to glimpse a moment in history than to enjoy a tour of Craigmoor? This lovingly preserved home, is the grandest historic residence in Hill End. The two-storey timber house boasts embellished timberwork and other impressive Gothic features, taking the Duke of Elgin’s hunting lodge in Scotland as its design cue. Original owner James Marshall must have been truly taken with Hill End as he decided to build Craigmoor in 1875 – well after the town had passed its heyday.

Inside, look out for the four bonnets hanging on the wall; they belonged to the Marshall sisters who’ve left a rich legacy for you to enjoy. The sisters loved fashion and cooking, and you can still see the paintings, pottery, magazines and books they left behind, along with furnishings from the late 1800s and early 1900s.

Keep an eye out as well for the room specially set aside for clergymen who would visit the family after St Michael’s church was destroyed in the 1930s. 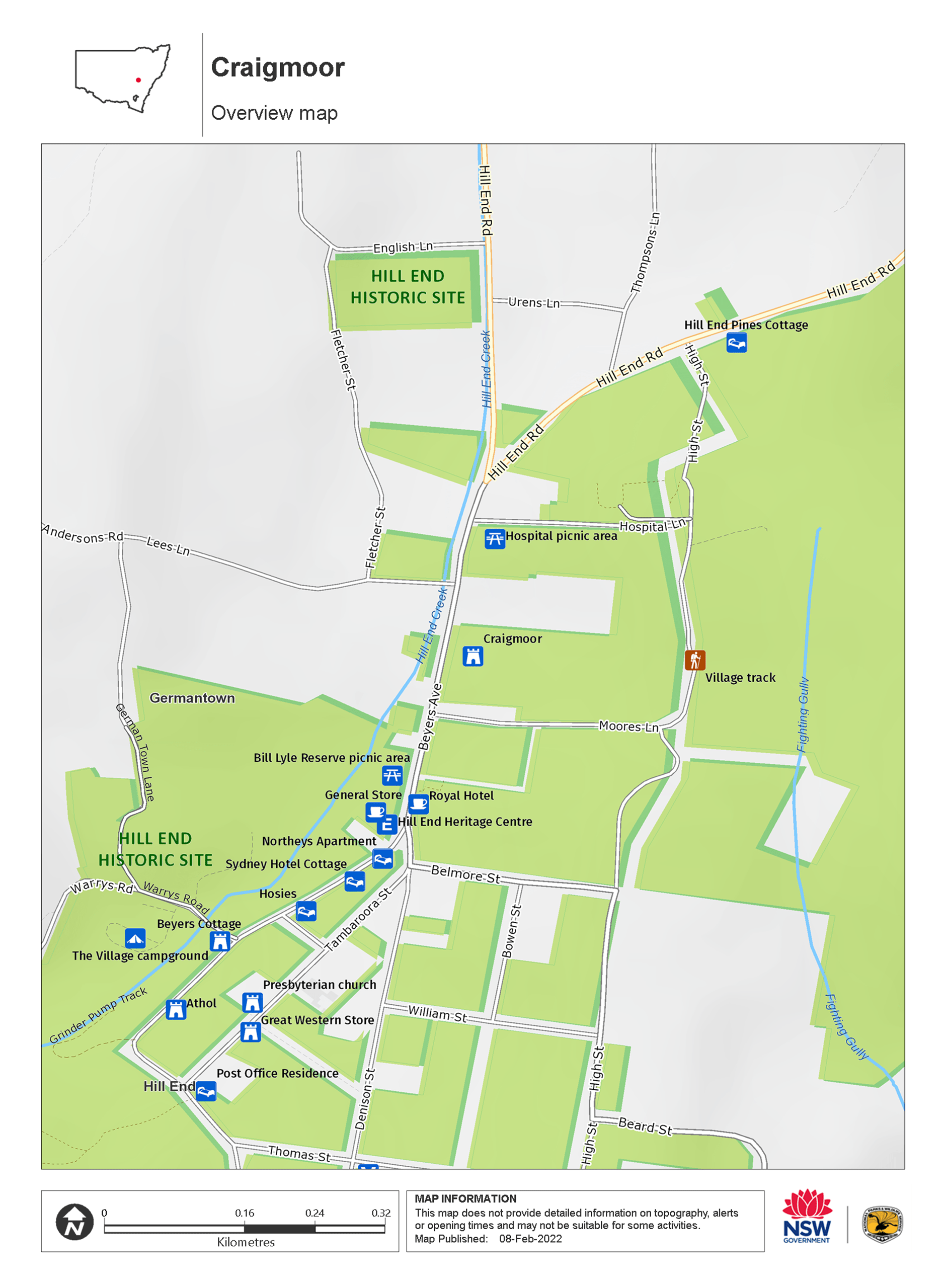 For the latest updates on fires, closures and other alerts in this area, see https://www.nationalparks.nsw.gov.au/things-to-do/historic-buildings-places/craigmoor/local-alerts

All the practical information you need to know about Craigmoor.

Craigmoor is on Beyers Avenue in Hill End.

On street parking is available close to Craigmoor.

There are lots of great things waiting for you in Hill End Historic Site. Here are some of the highlights.

With sunny, dry days and crisp evenings, it's a great time of year for a camping holiday at Hill End – head to the Village campground or the larger Glendora campground. You could even sign up as a campground host.

Flowers are at their best this time of the year - enjoy cherry blossoms and blooms in the historic cottage gardens.

The winter light is renowned among artists and photographers - you may even get some shots of snow .

Craigmoor is in Hill End Historic Site. Here are just some of the reasons why this park is special: 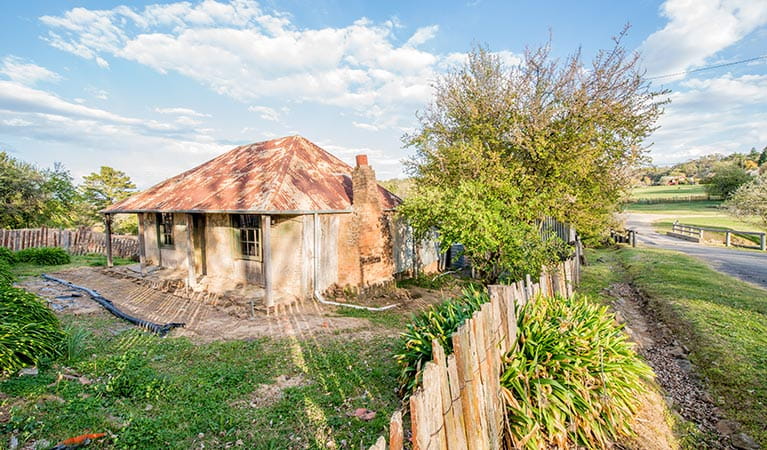 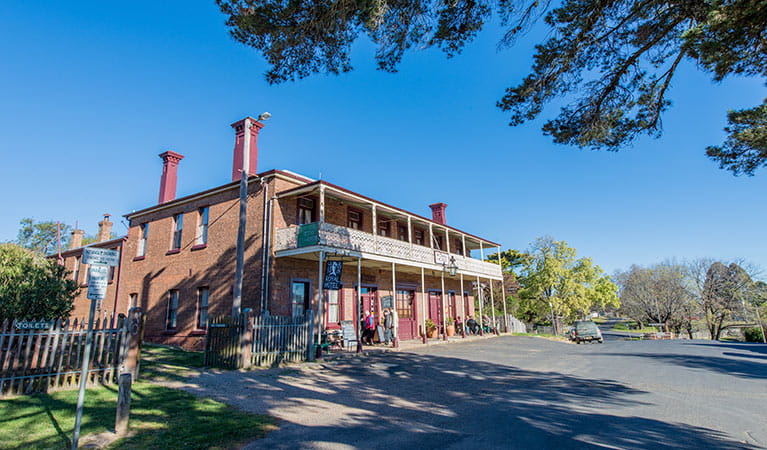 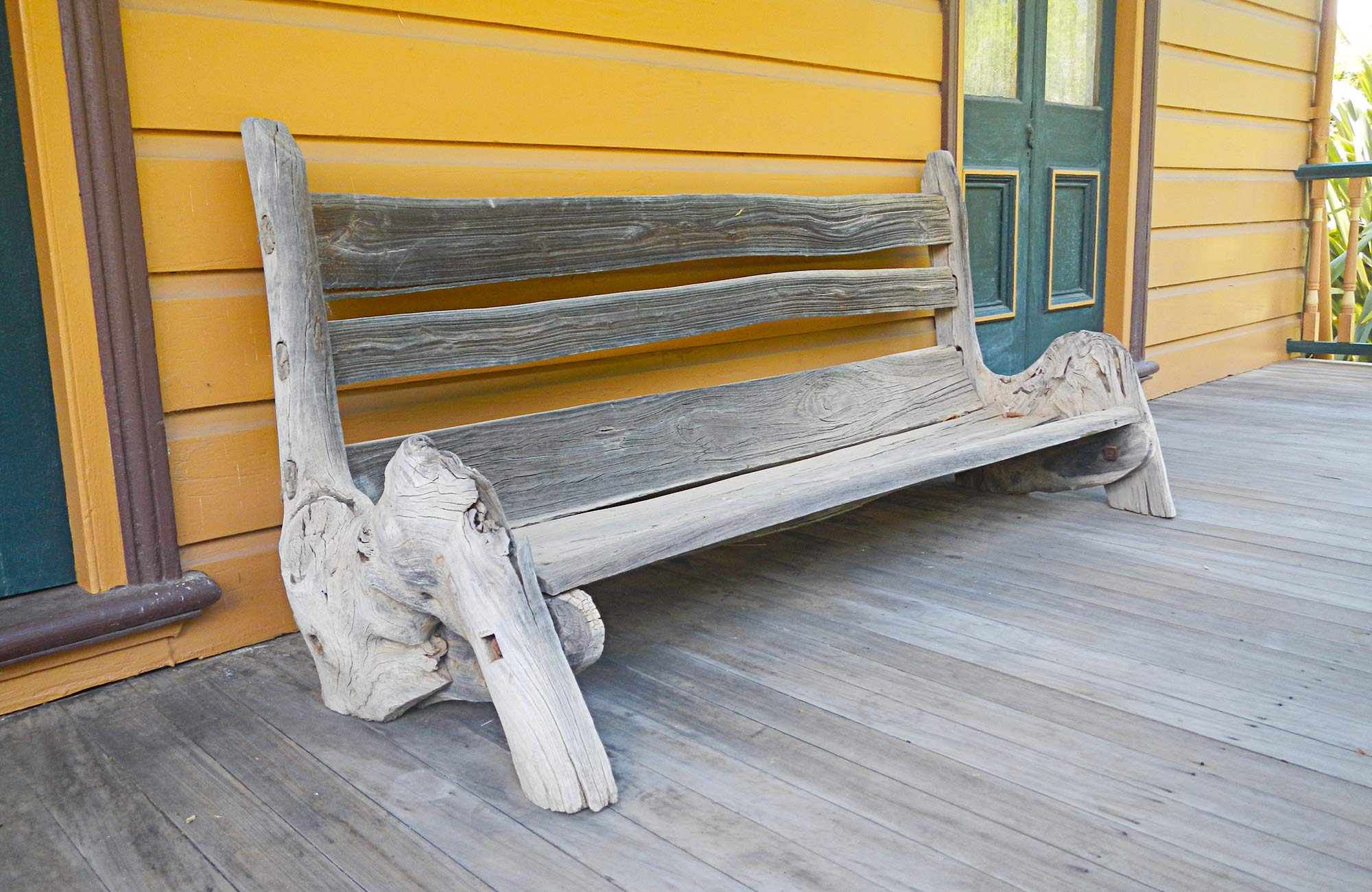