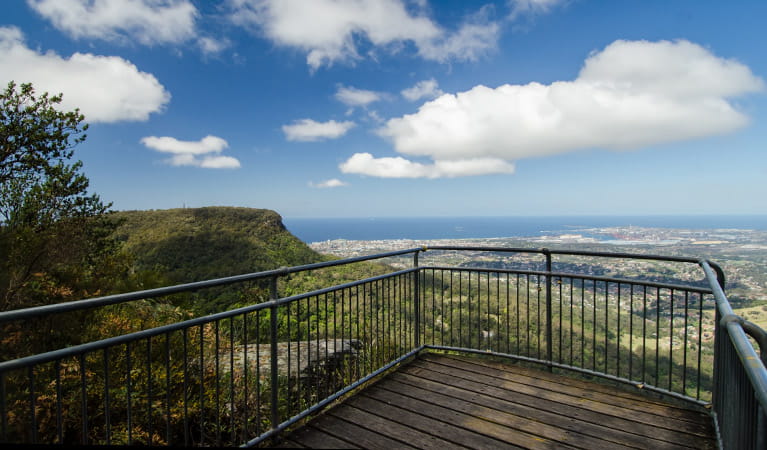 The most scenic views of Mount Keira can be found at Robertson’s lookout, and tables make this a terrific picnic spot as well.

This easily accessible lookout on the edge of the escarpment offers a scenic take on the area. Standing on the wooden viewing platform, the splendid Mount Keira looms in the centre of the amazing view, but you’re offered a clear view of the coast and lush rainforest too. Bring binoculars for birdwatching, keeping watch for kookaburras and lyrebirds. Flashes of colour might be local parrots foraging in the canopy below.

With a view this good, it’s tempting to linger for lunch. Picnic tables mean you can pack a basket and pass a relaxing afternoon watching the clouds float over the best remaining sub-tropical rainforest in the region. If you’re after a barbecue, the well-equipped Byarong Park is a good alternative, just a short drive away. 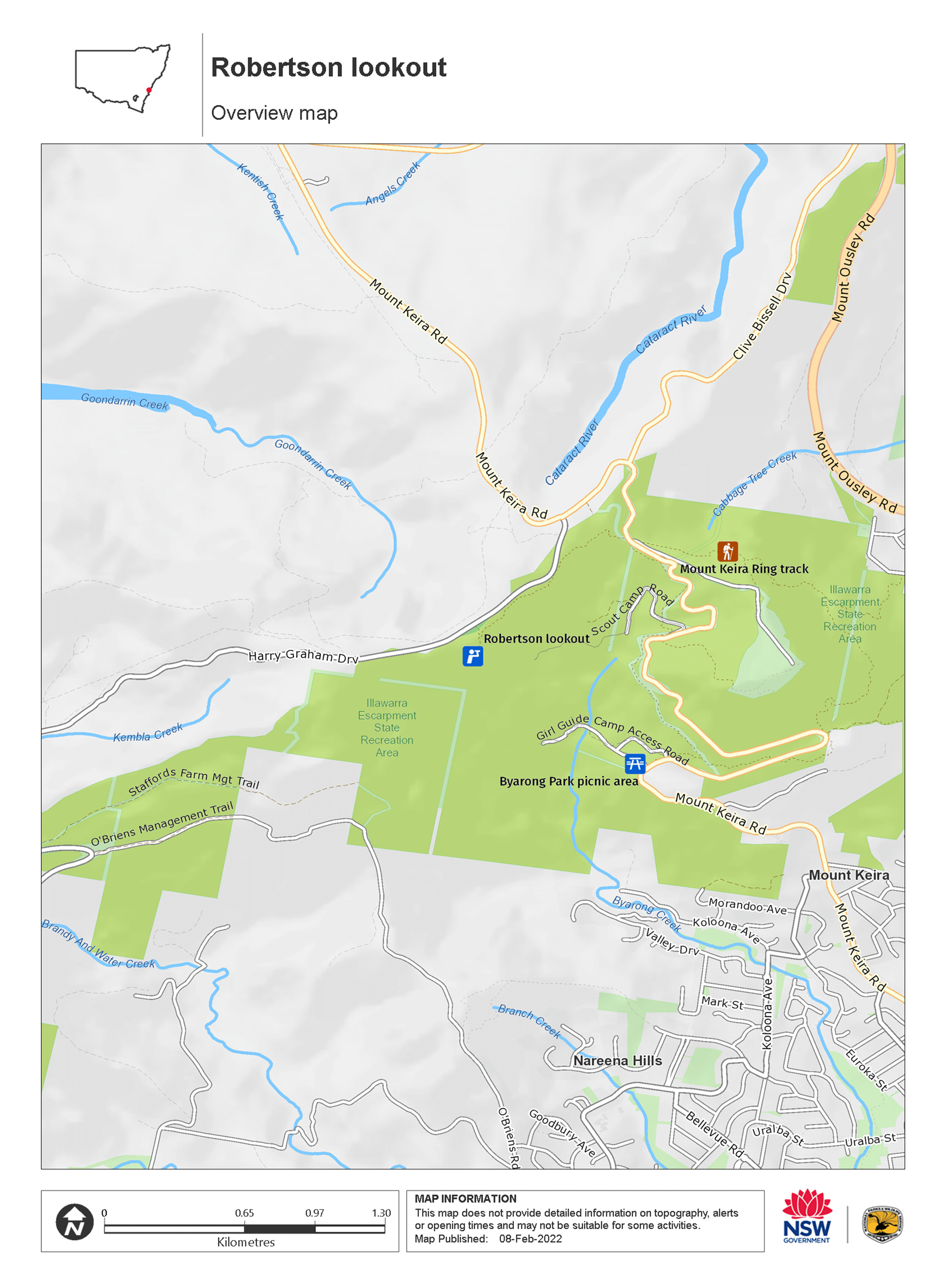 For the latest updates on fires, closures and other alerts in this area, see https://www.nationalparks.nsw.gov.au/things-to-do/lookouts/robertson-lookout/local-alerts

All the practical information you need to know about Robertson lookout.

Robertson’s lookout is in the Mount Keira precinct of Illawarra Escarpment State Conservation Area. To get there:

There are lots of great things waiting for you in Illawarra Escarpment State Conservation Area. Here are some of the highlights.

Enjoy a native wildflower display on the Forest walk.

Cool your heels on the Mount Keira ring track, which threads through refreshing rainforest.

Take advantage of the escarpment elevation for a spot of whale watching north of Mount Keira, or from one of the several lookouts.

This area is fully wheelchair accessible.

Firewood may not be collected.

Robertson lookout is in Illawarra Escarpment State Conservation Area. Here are just some of the reasons why this park is special: 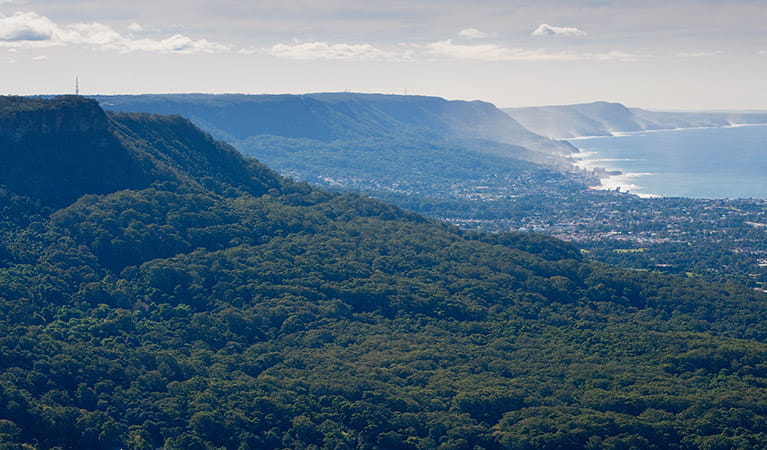 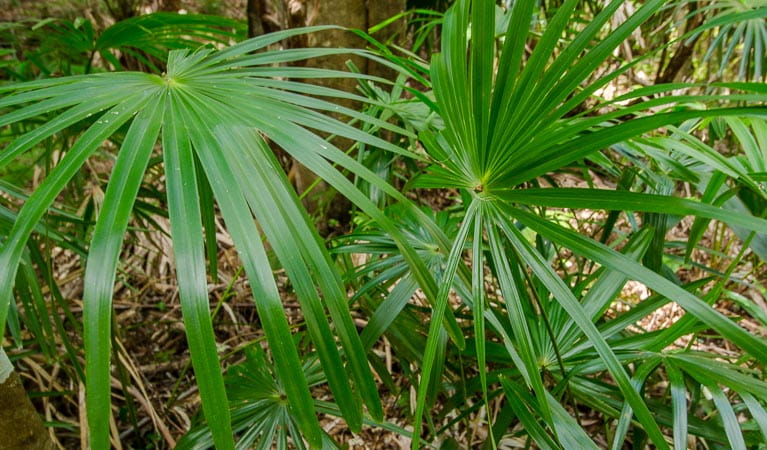 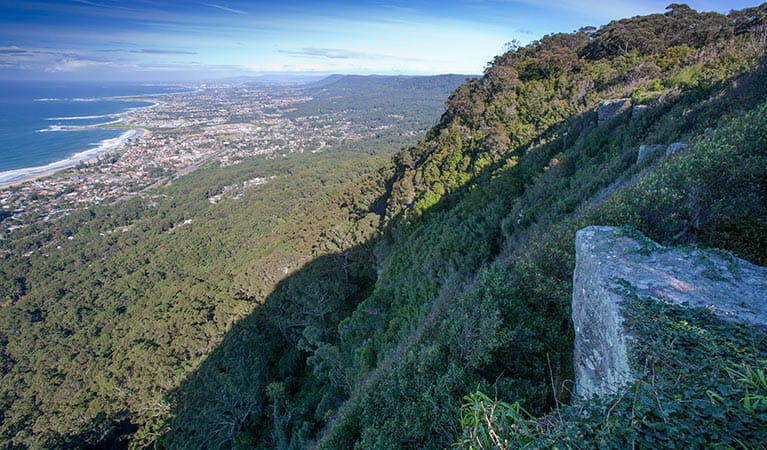 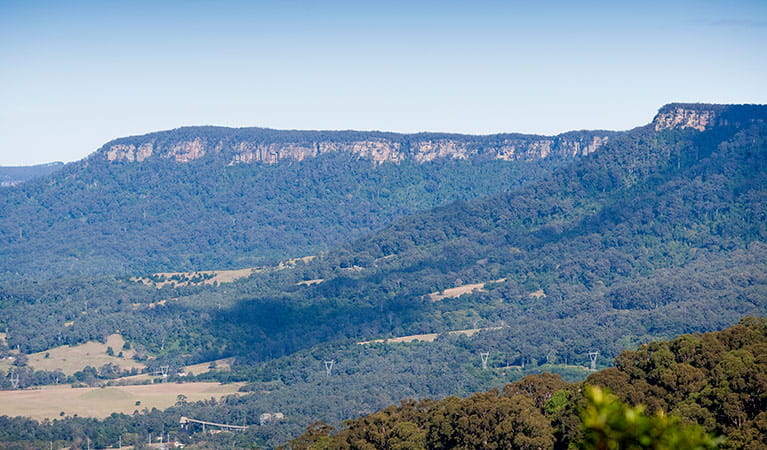 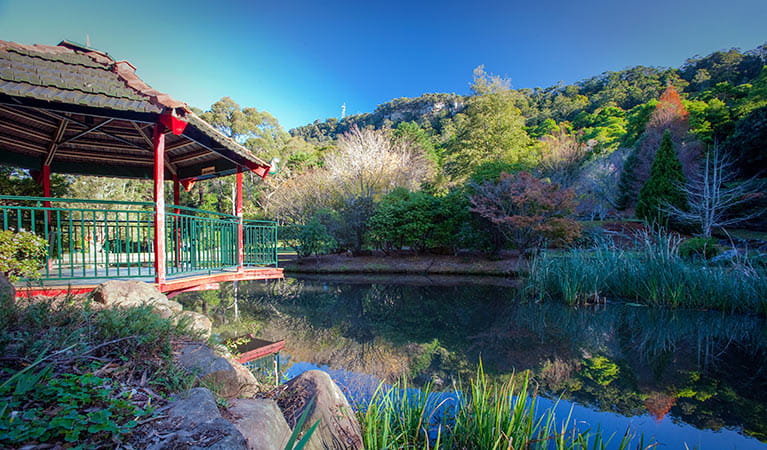 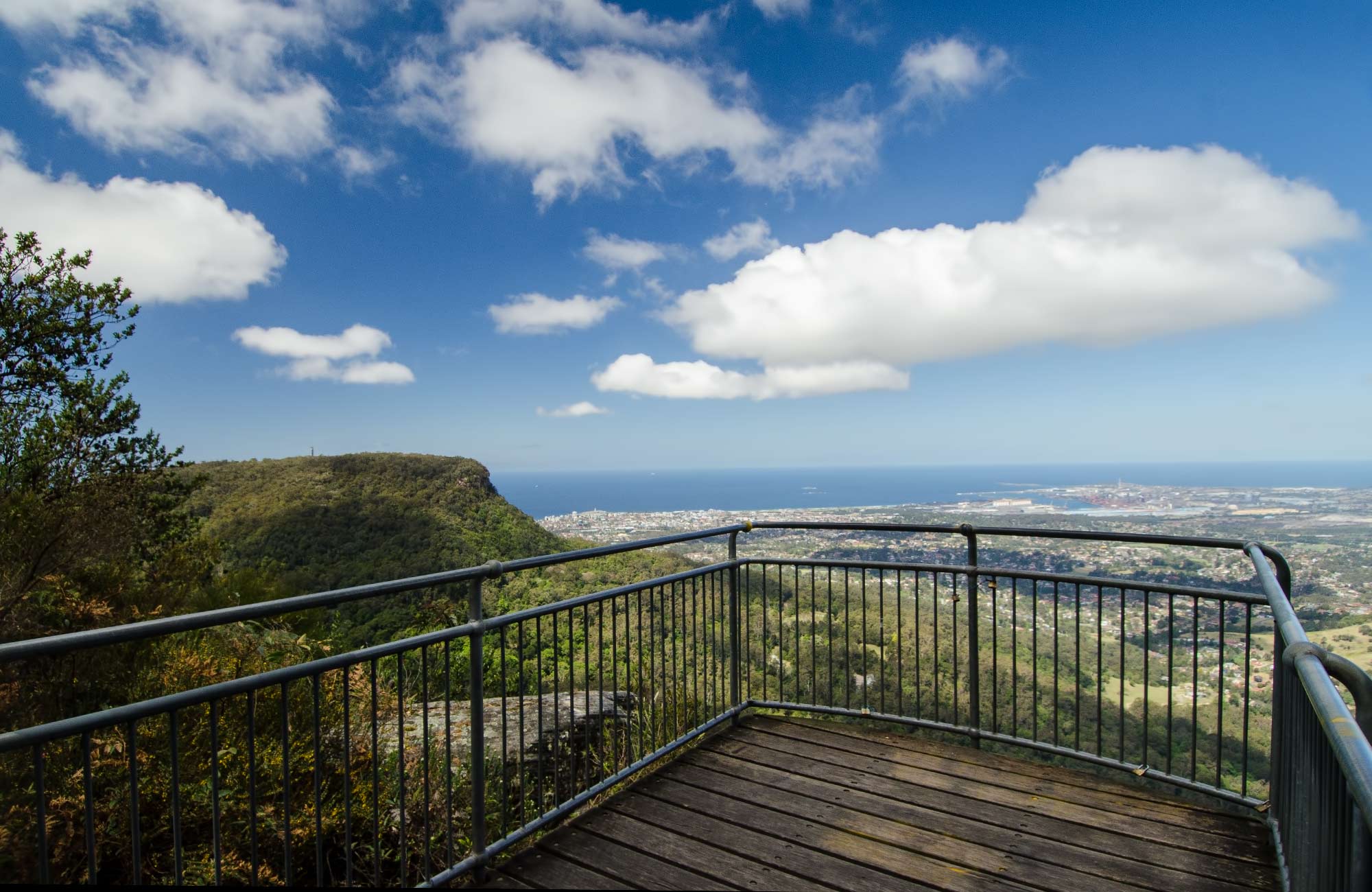