Nestled in natural bushland, the recently renovated Jenolan Caves cottages make a great base for exploring Jenolan Caves, or for any trip to the Greater Blue Mountains World Heritage Area. Located 3 hours from Sydney or Canberra, the self-contained cottages each have 2 bedrooms and sleep up to 6 people.

There’s plenty to do nearby to keep the family busy, from awe-inspiring cave tours to walking tracks with views of natural arches and waterfalls. When you’re done exploring, come back and relax on your cottage verandah with a drink. Keep an eye out for lyrebirds, and kangaroos that come to graze on the surrounding grass.

Have a friendly BBQ on the verandah while the kids work up an appetite in the playground. In cooler weather, cook up a cosy feast indoors while the family stays warm in the glow of your common room’s stove. For a big night out, try Chisolm's Restaurant at Jenolan Caves House.

When you’re rested and ready for something different, head to Hartley Historic Site to see its cottages, gallery and café. 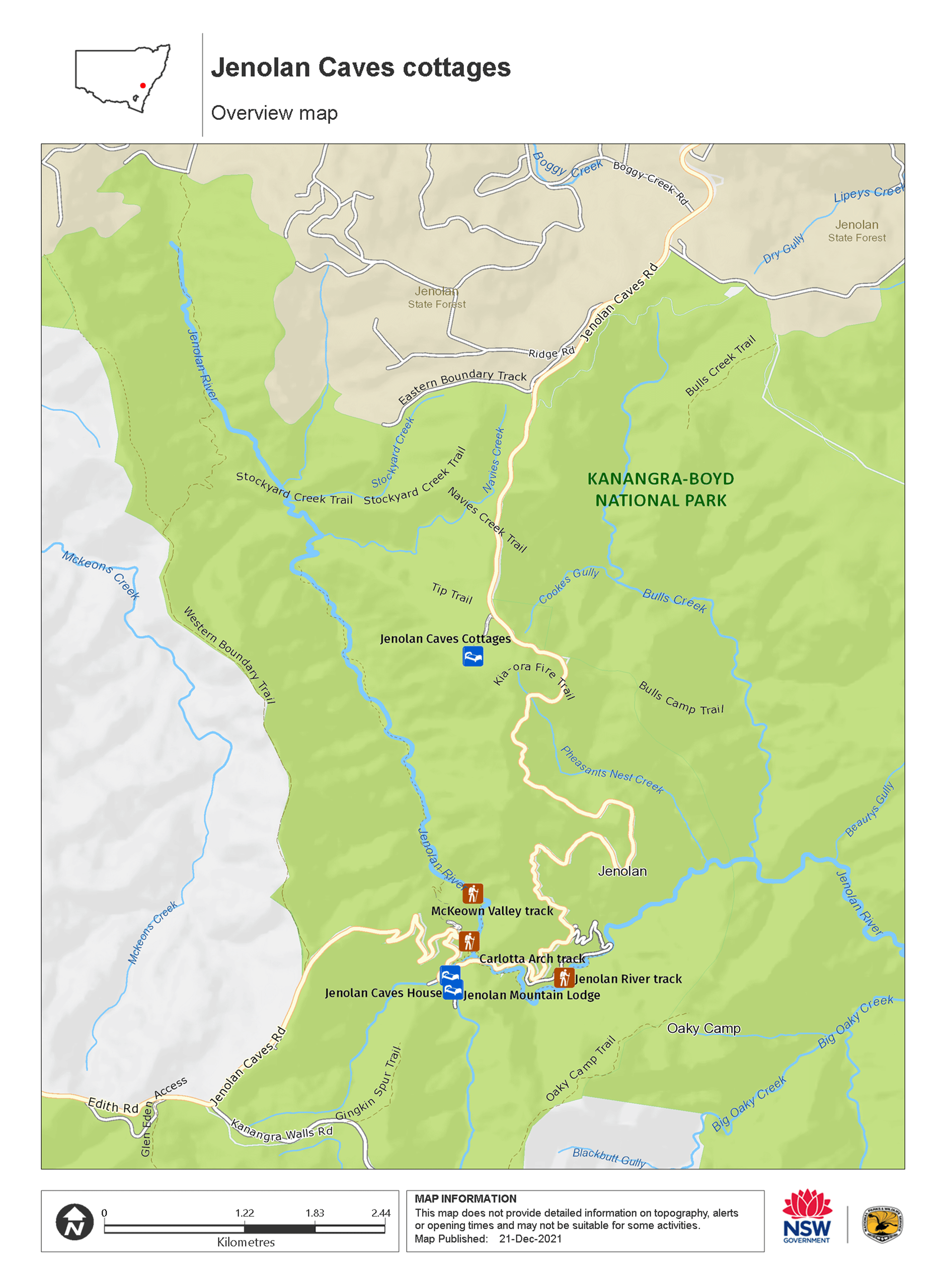 For the latest updates on fires, closures and other alerts in this area, see https://www.nationalparks.nsw.gov.au/camping-and-accommodation/accommodation/jenolan-caves-cottages/local-alerts

All the practical information you need to know about Jenolan Caves cottages.

Jenolan Caves cottages are in Jenolan Karst Conservation Reserve. To get there from Sydney:

From Canberra, take Tablelands Way via Goulburn and Taralga.

Find free parking behind each cottage.

When you book, Jenolan Caves will send you a keypad code to enter your cottage.

Swimming is prohibited in Blue Lake because it’s a platypus habitat.

Jenolan Caves cottages is in Jenolan Karst Conservation Reserve. Here are just some of the reasons why this park is special: 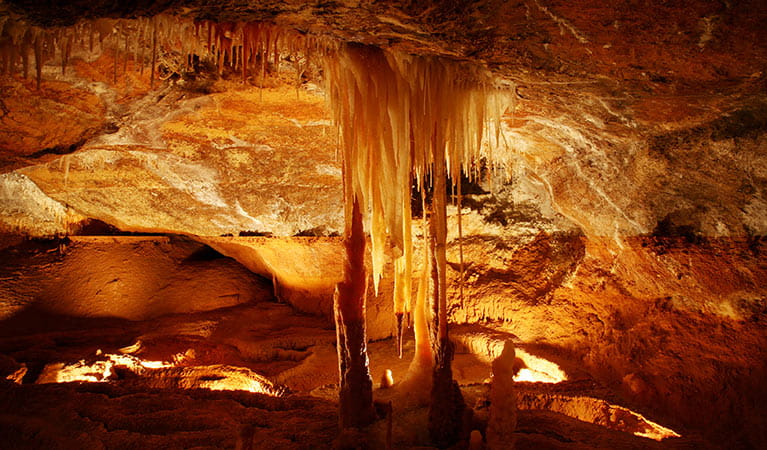 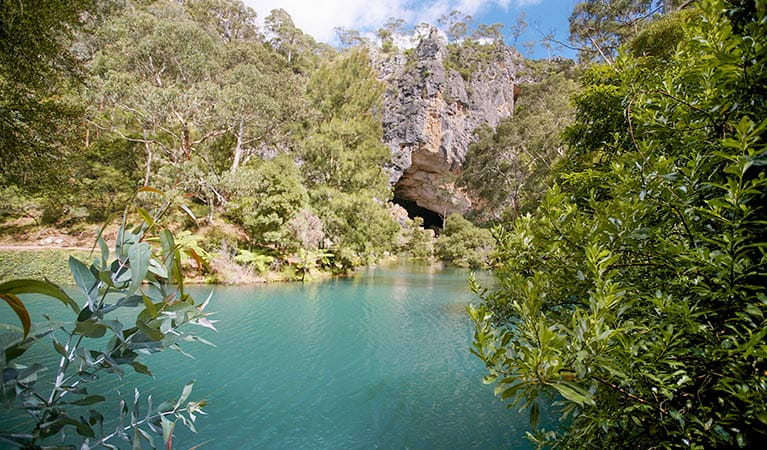 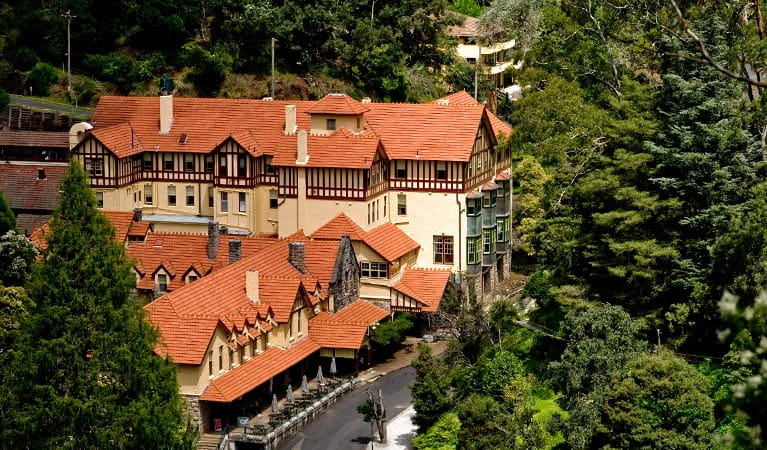 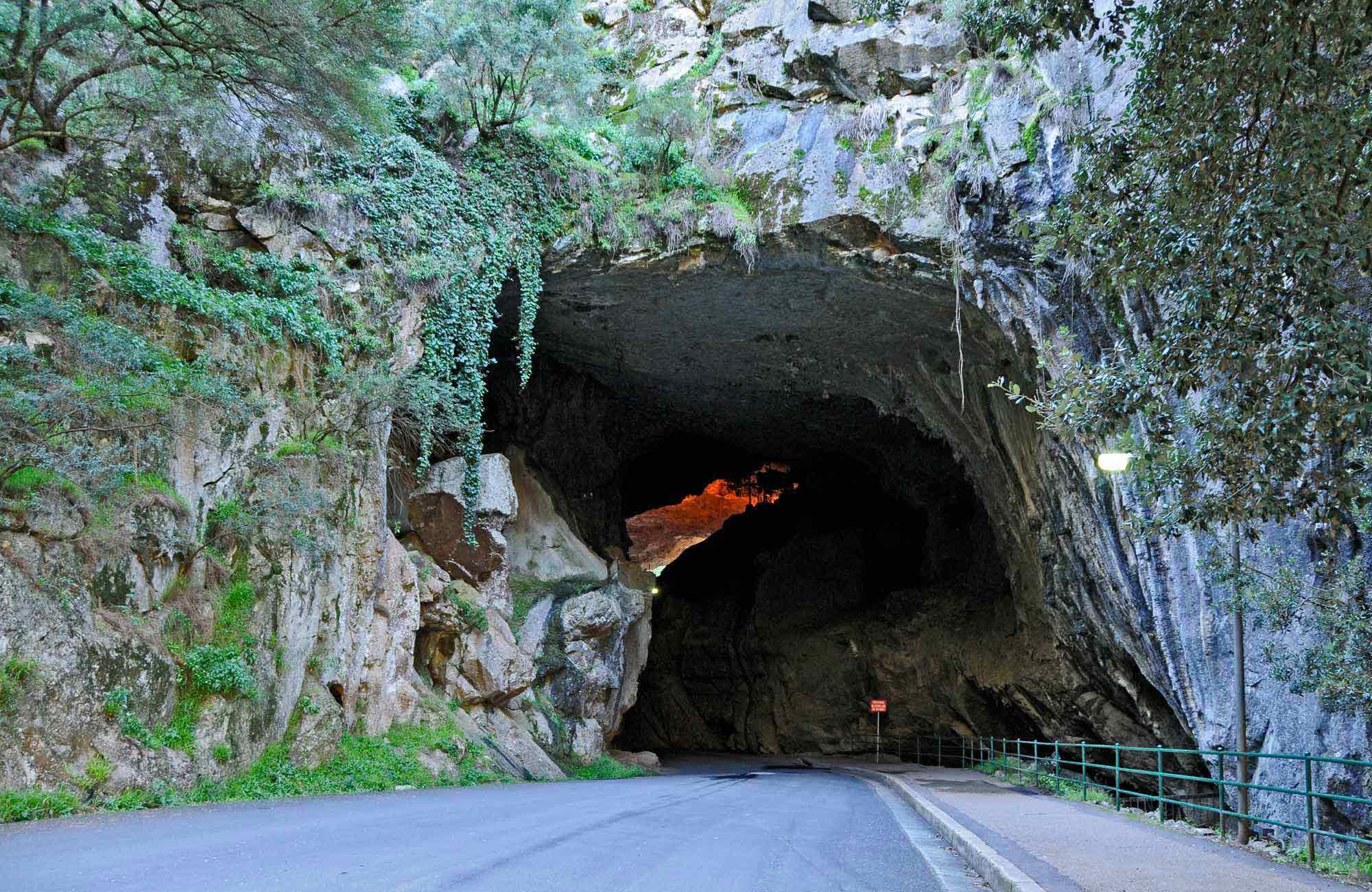