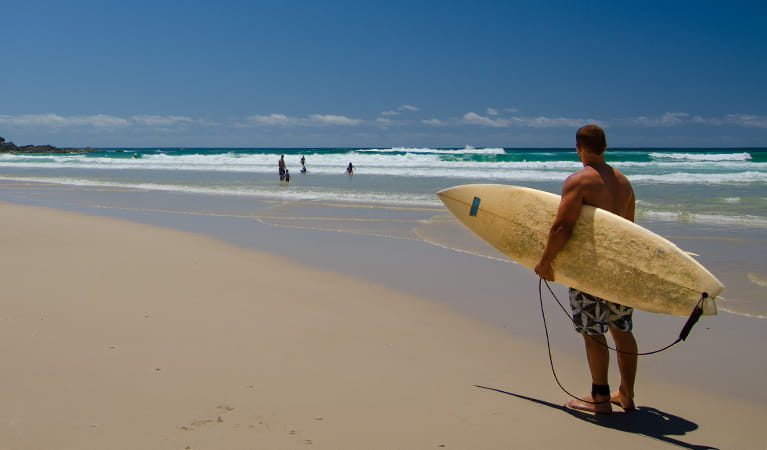 Arakwal blends the convenience of Byron Bay with the appeal of a secluded beach retreat, offering birdwatching, whale watching, swimming, fishing, and picnicking.

In 2001, a historic agreement was reached between the NSW State Government and the Byron Bay Arakwal Aboriginal community. Arakwal National Park is the result and has many guises today: it’s an important part of Aboriginal heritage; it’s a haven for migratory birds and animals; and it’s a gift to travellers looking to escape the chaos of the thriving holiday town.

Co-managed by NPWS and its traditional owners, Arakwal features 3km of gorgeous beach bordered by sand dunes and rich coastal heath. All of this is just a stone’s throw from the towering white icon of Cape Byron Lighthouse, meaning it’s closer to the town than it feels.

Bring a towel for swimming or surfing. Once you walk out of the carpark and onto the sand, you’ll forget all about Byron Bay and focus upon the birds and whale watching in the vast Pacific Ocean, which stretches as far as you can see.

For the latest updates on fires, closures and other alerts in this area, see https://www.nationalparks.nsw.gov.au/visit-a-park/parks/arakwal-national-park/local-alerts 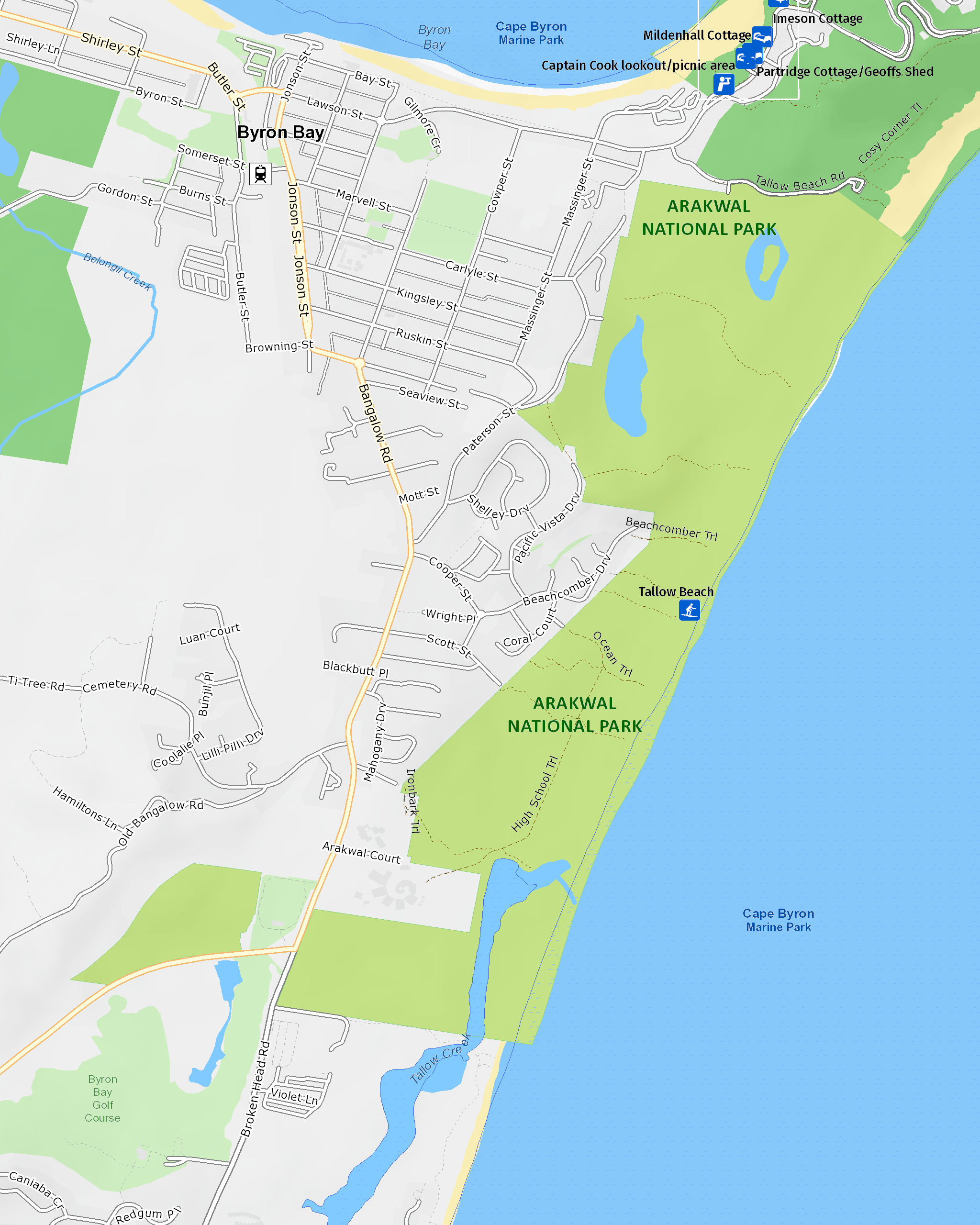 All the practical information you need to know about Arakwal National Park.

There are lots of great things waiting for you in Arakwal National Park. Here are some of the highlights.

Watch from the beach as humpback whales pass by on their way home from the Great Barrier Reef to Antarctica, many with calves.

Take a dip at Tallow Beach to cool off from the summer heat.

Now, the humpback whales are heading north, migrating to the Great Barrier Reef for the cooler months. Don't forget the binoculars.

Byron Bay is Australia's easternmost town and 'style capital' of the North Coast. It's a place of outstanding natural beauty, set against lush volcanic hills.

Ballina is a bustling holiday town and service centre and home of the Big Prawn. It's situated at the mouth of the Richmond River, close to superb beaches.

Arakwal National Park is a special place. Here are just some of the reasons why: 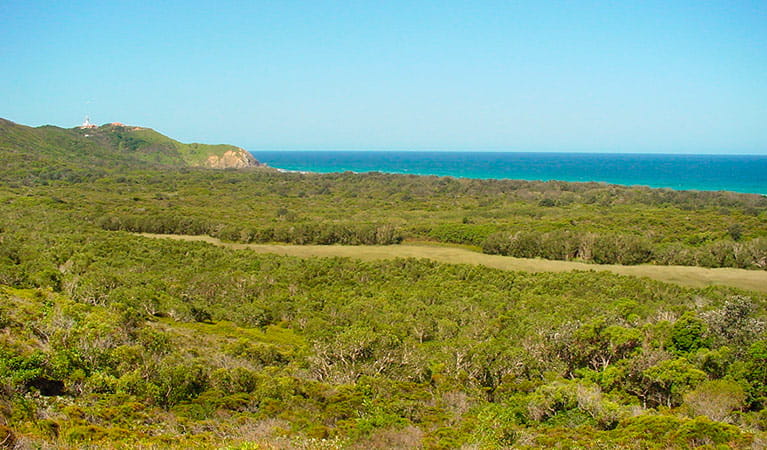 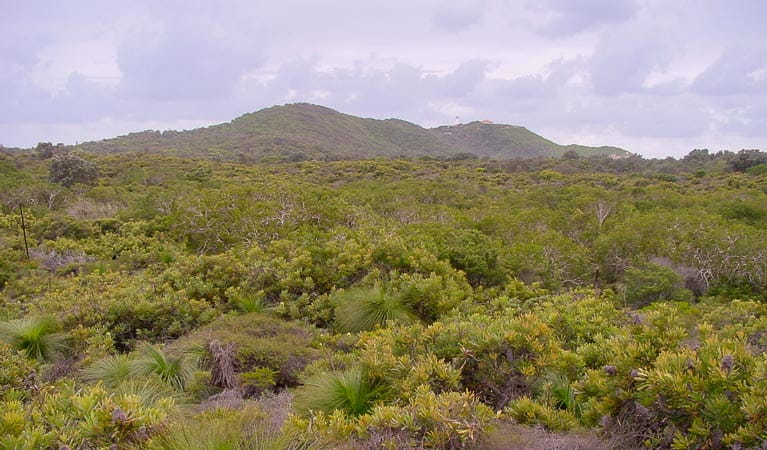 Arakwal National Park has management strategies in place to protect and conserve the values of this park. Visit the OEH website for detailed park and fire management documents. Here is just some of the work we’re doing to conserve these values:

Arakwal National Park contains a mosaic of environments, and is home to both threatened and endangered native plants and animals. The knowledge passed from the Byron Bay Arakwal People is integrated with scientific information for best practice conservation of native plants and animals, to ensure cultural considerations are taken into account, and to facilitate the transfer of knowledge.

Pests and weeds have a significant impact to the ecosystems within Arakwal National Park. Risk assessments for new and emerging weeds are carried out as an ongoing initiative within the park. Pest management of bitou bush and other weeds is a priority and an important part of the work NPWS does to protect the integrity of biodiversity which exists within Arakwal National Park.

The Byron Bay Arakwal People are recognised as the traditional owners of Country that includes Arakwal National Park. As the traditional owners, their role in looking after the lands, waters and plants and animals of Country has always been and will always be their responsibility. They have chosen to exercise this responsibility in partnership with the NPWS under joint management arrangements for the park.

Bushfires are inevitable across fire-prone vegetation types within NSW national parks. NPWS prepares for wildfires by working with other fire agencies, reserve neighbours and the community to ensure protection of life, property and biodiversity. Every park has its own fire management strategy, devised in consultation with partner fire authorities and the community to plan and prioritise fire management.