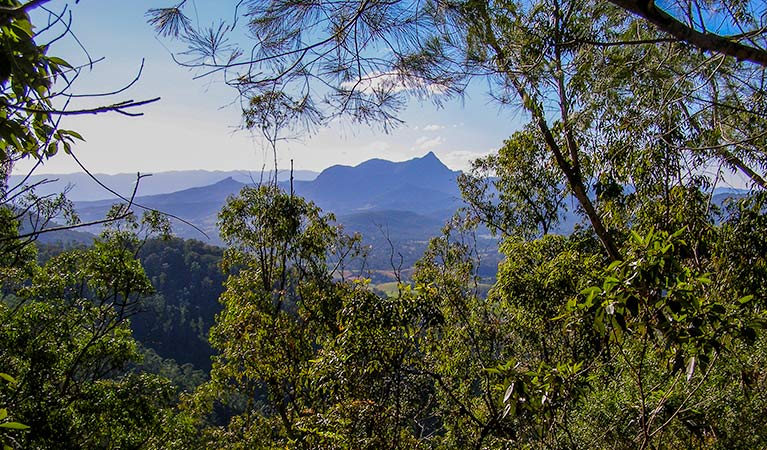 With the option to camp overnight at Rummery Park campground, west to east is the easiest way to take this scenic walk, but you can easily start at either end of the track.

During the 1800s and 1900s, sections of Historic Nightcap walking track were traversed by travellers and postal workers making their way between Lismore and Murwillumbah.

There’s plenty to see along the way, so remember to pack your camera and capture shots of rock orchids brightening the path, and wildlife such as the long-nosed potoroo, brush turkey and Albert’s lyrebird, who call the area home. 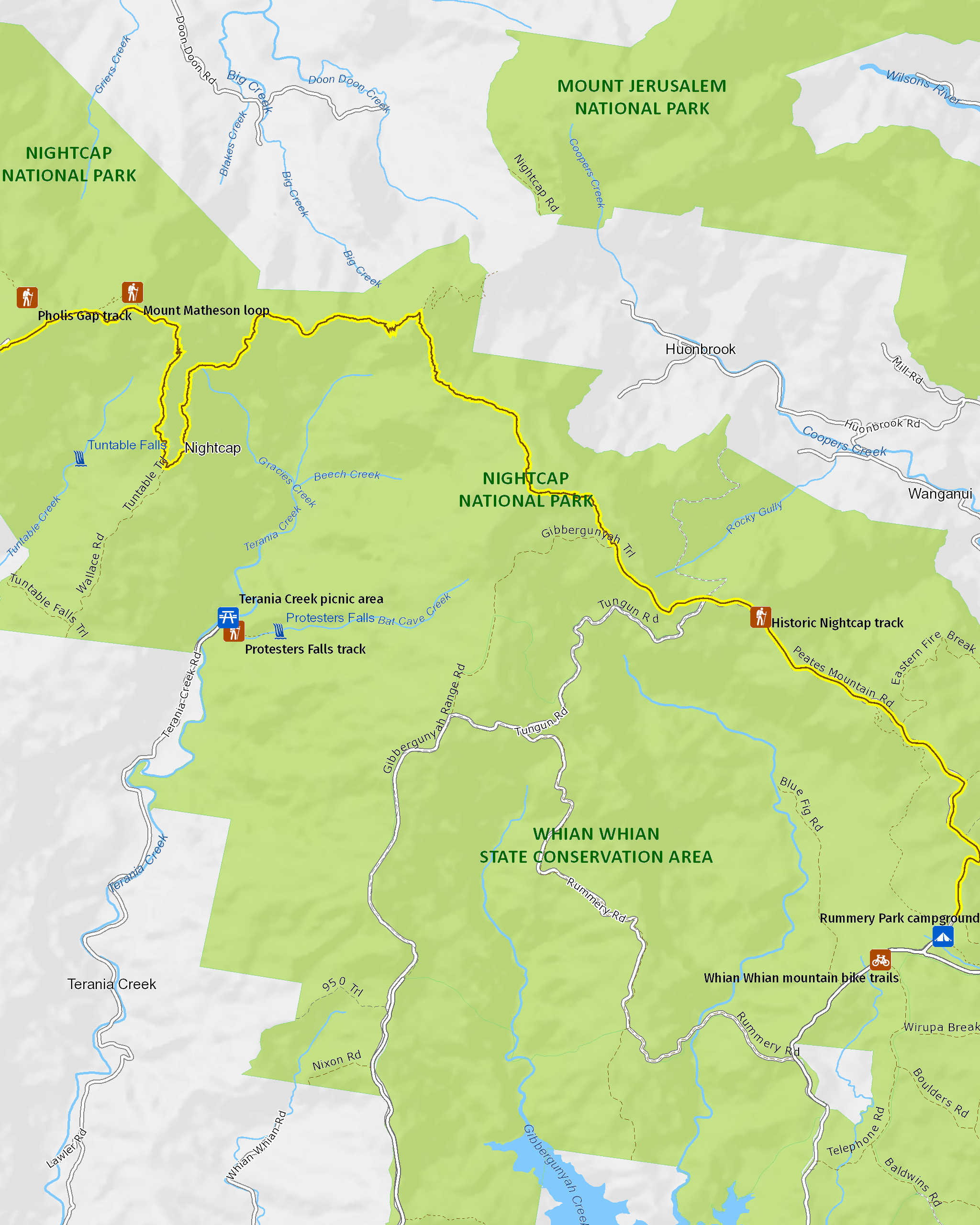 For the latest updates on fires, closures and other alerts in this area, see https://www.nationalparks.nsw.gov.au/things-to-do/walking-tracks/historic-nightcap-walking-track/local-alerts

All the practical information you need to know about Historic Nightcap walking track.

Historic Nightcap walking track is in the western precinct of Nightcap National Park. To get there:

From the eastern park entrance (via Rosebank):

From the southern park entrance on Nightcap Range Road (via Dunoon):

There are lots of great things waiting for you in Nightcap National Park. Here are some of the highlights: Weather in the northern rivers region is generally mild in winter ranging to hot in summer. It can be very wet (the park receives the highest annual rainfall in NSW) and misty so check local weather conditions and pack suitable clothes as well as a hat, sunscreen and insect repellent.

Historic Nightcap walking track is in Whian Whian State Conservation Area. Here are just some of the reasons why this park is special:

The conservation area is located within the traditional lands of the Widjabal clan of the Bundjalung Nation. Evidence from recorded sites suggests Aboriginal use of the Nightcap Range for at least the last 4,000 years. The area has intrinsic cultural values to the Widjabal People and the land has significant connections with other recorded sites in the adjacent Nightcap National Park. 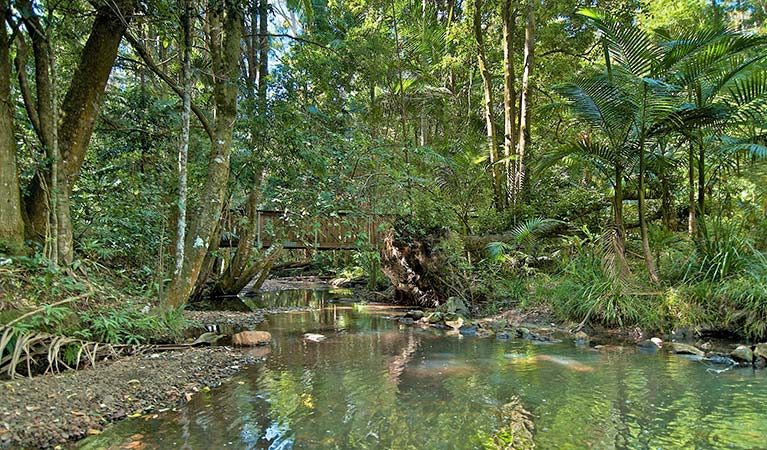 Lured by the opportunity of employment in difficult times, timber-getters began logging in the Whian Whian area in the 1830s for red cedar, a particularly sought after timber. In 1871, surveyors identified a track over Nightcap Range to link Lismore with Murwillumbah. This allowed cedar-getters access to previously isolated expanses of forest. The Rummery Park campground was originally a forestry camp, and its use dates back to the 1930s. The inter-war period was the most active period for forestry use of the campground. Peates Mountain Road (now part of the Nightcap track) was built during the depression of the 1920s and 1930s. Sleeper-cutters who claimed timber unsuitable for milling, camped nearby on the other side of Boggy Creek at Rummery Park. 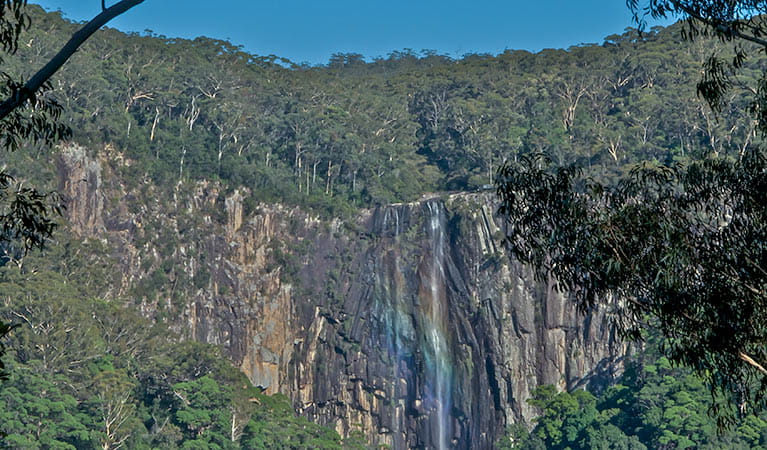 An astounding 520 plant species have been recorded here – making it an incredibly diverse place when it comes to vegetation. There are 10 broad ecosystems, including subtropical and warm temperate rainforests and various types of wet sclerophyll forest.

Walk with the animals 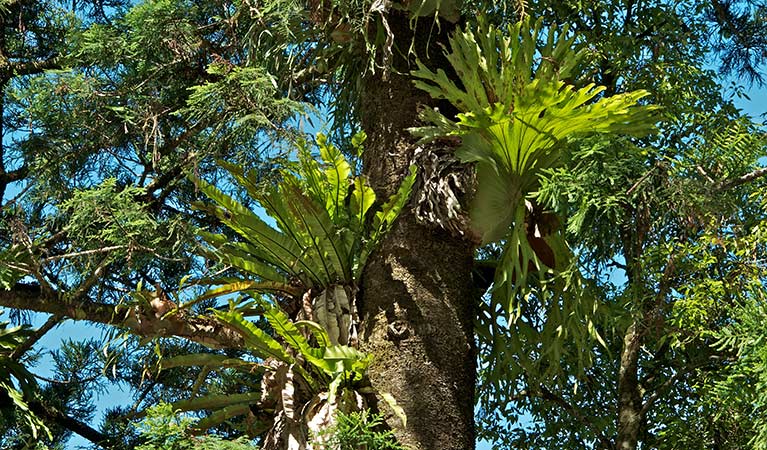 There’s also an incredible variety of native animal species thriving in these rainforests – over 270 native species, around 50 of which are listed as threatened, including the spotted tailed quoll. Koalas and Albert’s lyrebird, with its distinctive calls and mimicking echoes, can often be heard through the forest in the cooler months. 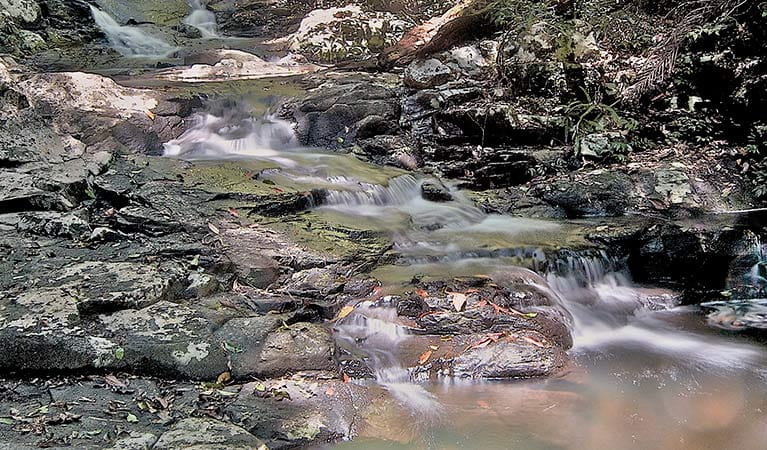 The conservation area has similar vegetation and natural heritage values as those found in the adjoining Nightcap National Park, one of the 50 reserves in northeast NSW and southeast Queensland that make up World Heritage Central Eastern Rainforest Reserves Australia. 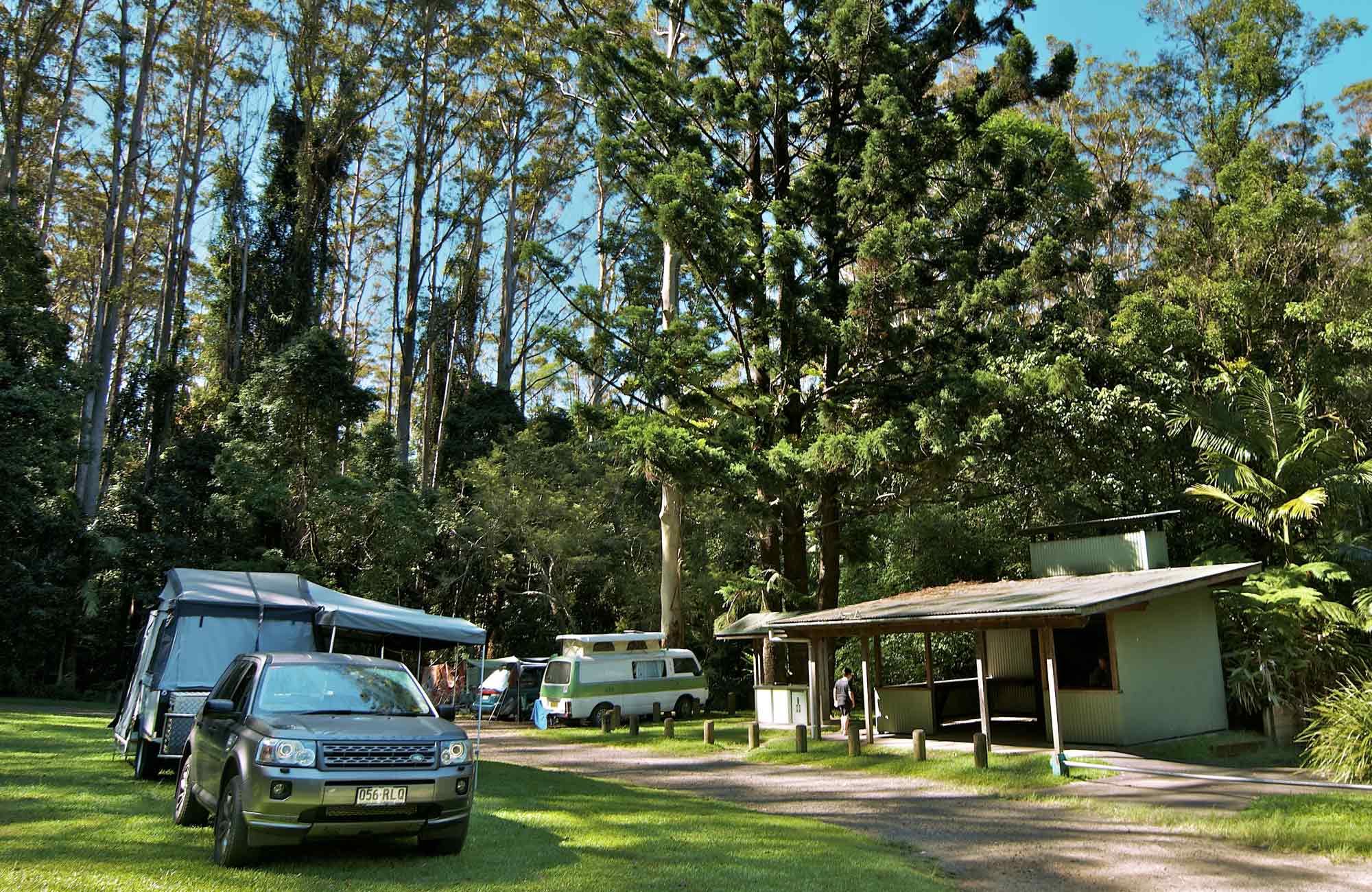