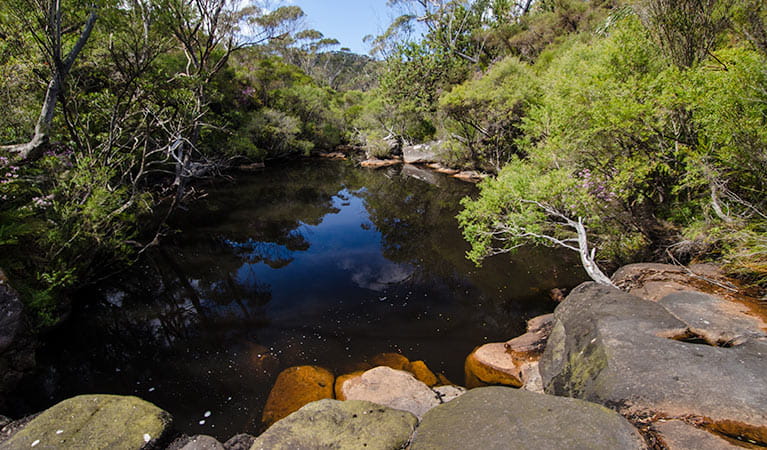 Escape from the city and get back to nature on Griffiths walking track, offering outstanding views, great bushwalking and amazing birdwatching opportunities.

Start Griffiths walking track at Barren Grounds picnic area and before you know it, you’ll be standing at Illawarra lookout taking in the spectacular views. Your journey then takes you through the diverse vegetation of Barren Grounds – heathland, woodland, rainforest. In spring, you’ll be treated to the vibrant display of wildflowers, and in winter, large yellow swamp banksias in bloom. On the heath, you're most likely to come across honeyeaters and southern emu wrens. And, if you're lucky, you might even spot a ground parrot or bristlebird.

The walk continues across to the dramatic cliffs lining Kangaroo Valley, with view of the coastline beyond. Then, after a climb up to Saddleback Trig, it’s time to take a break, enjoy the surrounding views and a snack. From there, the track continues to one of the highlights of this walk, a lovely naturally formed stone bridge across Lamonds Creek. After crossing the bridge, continue along the trail back to Barren Grounds picnic area. 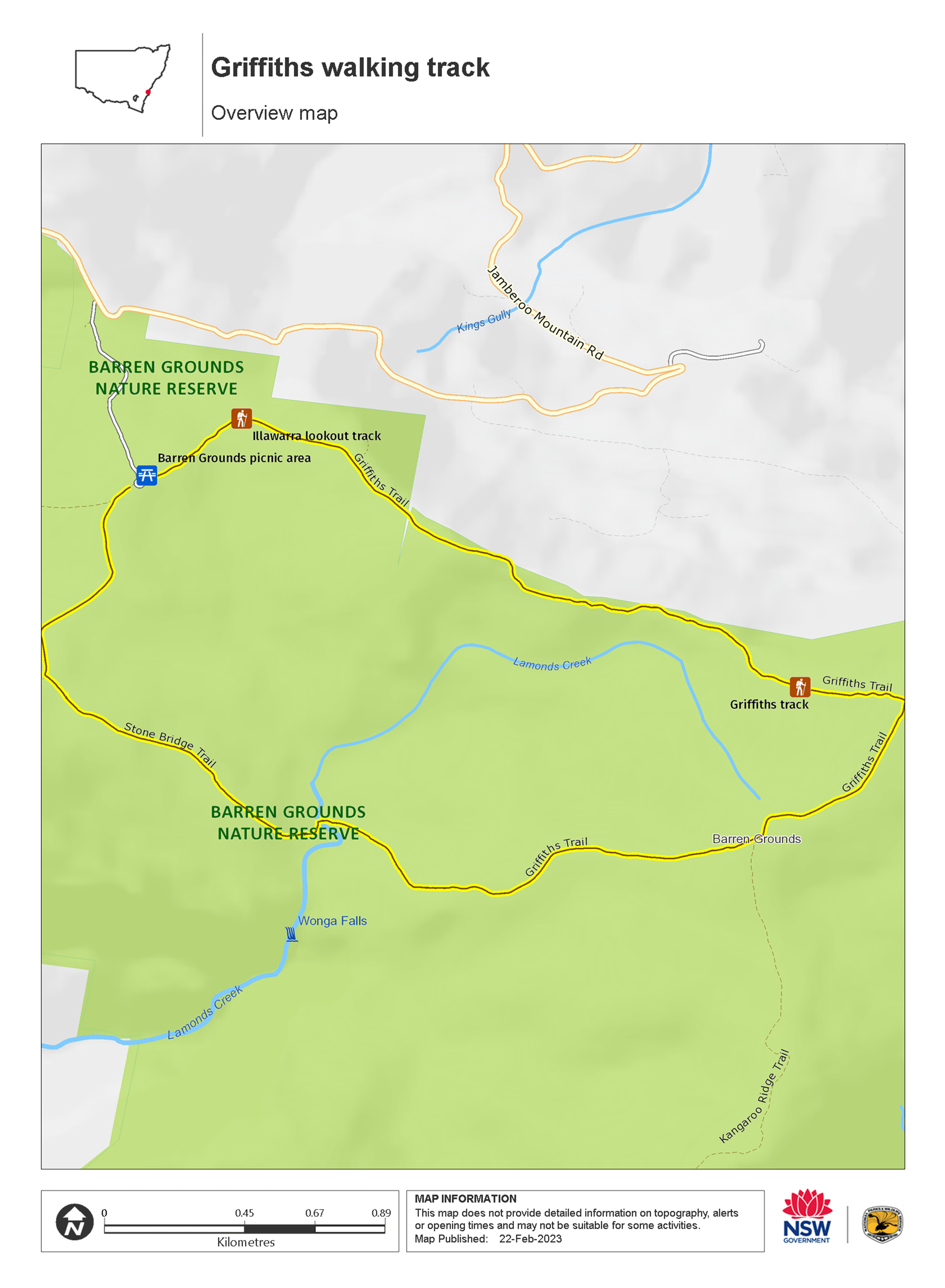 For the latest updates on fires, closures and other alerts in this area, see https://www.nationalparks.nsw.gov.au/things-to-do/walking-tracks/griffiths-walking-track/local-alerts

All the practical information you need to know about Griffiths walking track.

Griffiths walking track is at the northern end of Barren Grounds Nature Reserve. To get there:

There are lots of great things waiting for you in Barren Grounds Nature Reserve. Here are some of the highlights.

Enjoy spectacular views on a clear autumn day of the coastline and surrounds from Illawarra lookout.

Enjoy the colourful wildflower display in the reserve's upland heaths.

Escape the crowds on the coast for a peaceful picnic among nature.

Warm up with a brisk walk in the misty highlands and admire the flowering banksias.

Griffiths walking track is in Barren Grounds Nature Reserve. Here are just some of the reasons why this park is special: 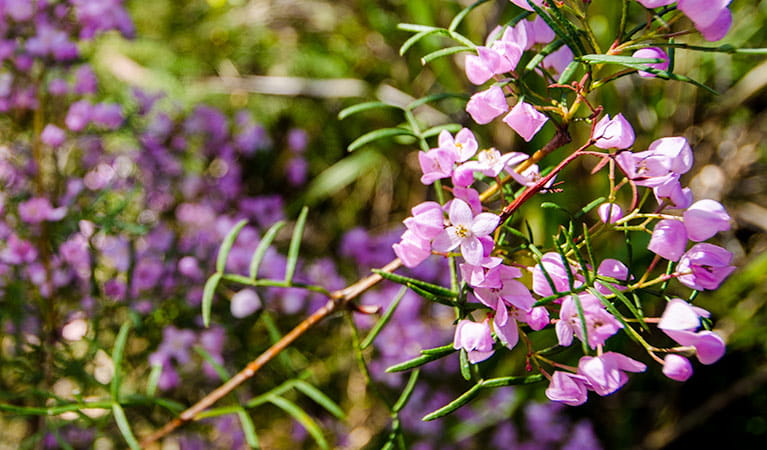 Barren Grounds Nature Reserve is famous for its heath wildflowers in spring and summer and flowering banksias in winter. The heathland is also one of only 4 large areas of heath on the NSW South Coast, making it an important habitat for many species of plants and animals. A large number of threatened or regionally rare ferns and other species also occur in wet sheltered sites below the escarpment, including several species of filmy fern. Around 180 bird species can also be found here, including honeyeaters, southern emu wrens, lyrebirds, crimson rosellas, cockatoos and grey currawongs. If you're really lucky, you might even spot the bright green ground parrot or an eastern bristlebird. In fact, it was to protect these two threatened heathland birds that Barren Grounds Nature Reserve was set up in 1956. 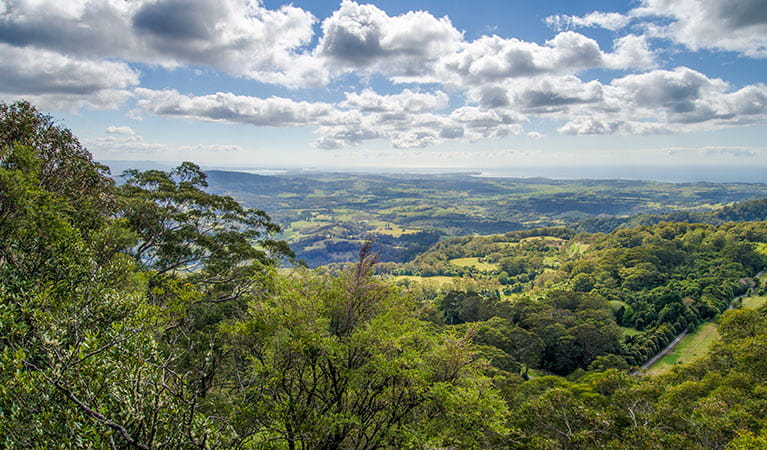 Barren Grounds Nature Reserve holds a very special place in the history of conservation in NSW, as it was the third faunal reserve to be gazetted under the Fauna Protection Act. Led by early conservation leaders like Myles Dunphy, Paddy Pallin and Allen Strom, it was protected in 1956. Since then, it has been an important place for researchers and students alike to record and learn about the incredible biodiversity of this area. The stone building at Barren Grounds picnic area - once known as The Lodge - was used for accommodation by researchers and honorary rangers. 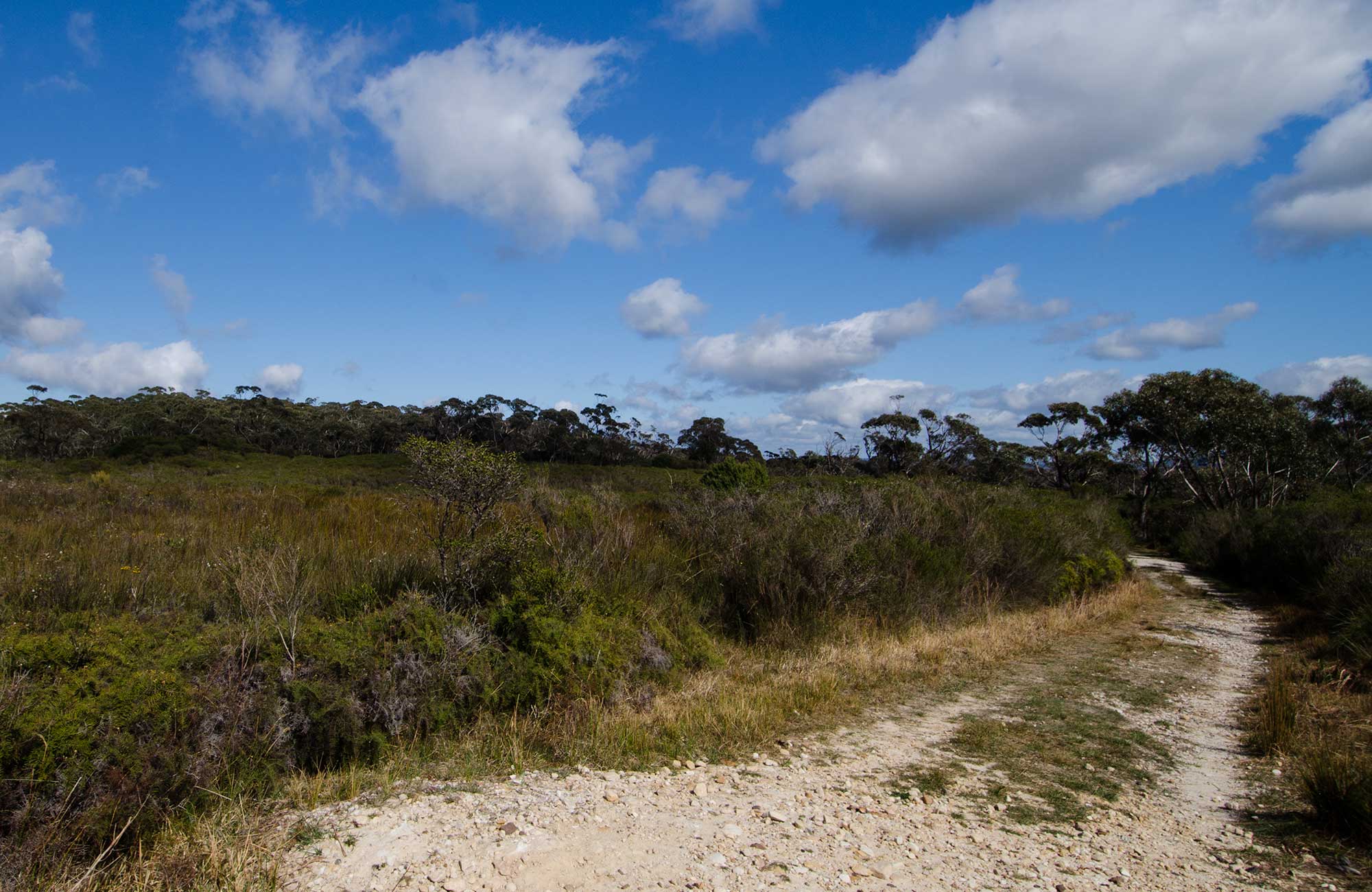