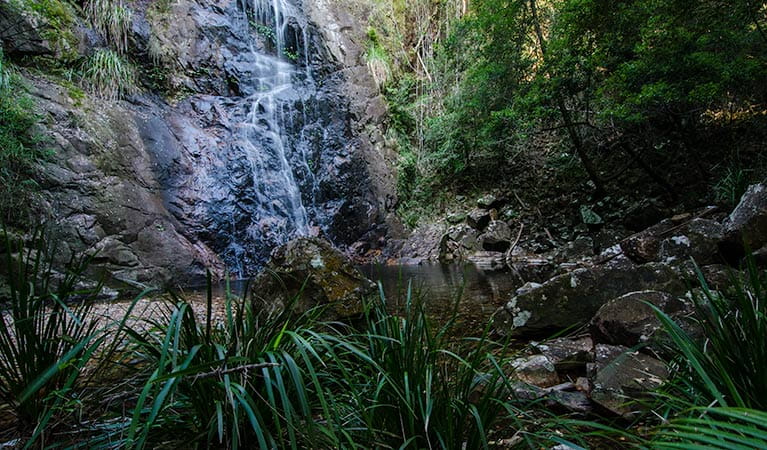 This medium-difficulty trail, not too far from Kempsey, walks you through flourishing World Heritage-listed rainforest of Willi Willi National Park. You can also picnic by waterfalls and swim in a natural pool.

On Waterfall walk you’ll pass a magnificent strangler fig, through sub-tropical and warm temperate rainforest, to a sparkling waterfall and plunge pool where you can cool off with a refreshing swim after your walk.

Glossy green palms, brightly coloured fungi and delicate orchids line your path, and there are informative signs for those interested in the history of the area. Swimming is encouraged during your visit - the fertile rainforest ensures a warm, humid climate throughout the year, and the waterfall pool is an idyllic place to cool off on a warm day.

This medium difficulty walk leaves from Wilson River picnic area, where comfortable amenities include a shelter shed with large picnic tables for a relaxing barbecue. Easier trails like the scenic Botanic walk and Palm Grove walk also begin from here for those looking for a more casual post-picnic stroll.

For the latest updates on fires, closures and other alerts in this area, see https://www.nationalparks.nsw.gov.au/things-to-do/walking-tracks/waterfall-walk/local-alerts

All the practical information you need to know about Waterfall walk.

Waterfall walk is in the Wilson River precinct of Willi Willi National Park. To get there:

Check the weather before you set out as the road to Wilson River picnic area can become boggy when it rains.

There are lots of great things waiting for you in Will Willi National Park. Here are some of the highlights.

Birds are plentiful in the rainforest so it's a great time for birdwatching.

Meander along the cool Waterfall walk where you can take a refreshing swim.

This park is in a remote location, so please ensure you’re well-prepared and bring appropriate clothing and equipment.

Kempsey is a historic river town close to national parks and majestic beaches. Kempsey is a convenient place for an overnight stop for anyone driving between Sydney and the North Coast.

Vibrant Port Macquarie is surrounded by beautiful waterways - the Hastings River, canals, creeks, bays and the Pacific Ocean. The city also has a five-star collection of golden-sand beaches stretching from Port Macquarie Beach to Town Beach and north along the 16-km swathe of North Beach.

Wauchope is great base for exploring nearby national parks that are part of the Gondwana Rainforests of Australia World Heritage Area. Follow the Hastings Forest Way to Werrikimbe National Park, a rugged wilderness of outstanding beauty spread with short and long walks. Willi Willi National Park is a rainforest mountain park with three beautiful walking tracks that follow the river and lead to a sparkling waterfall.

Waterfall walk is in Willi Willi National Park. Here are just some of the reasons why this park is special: 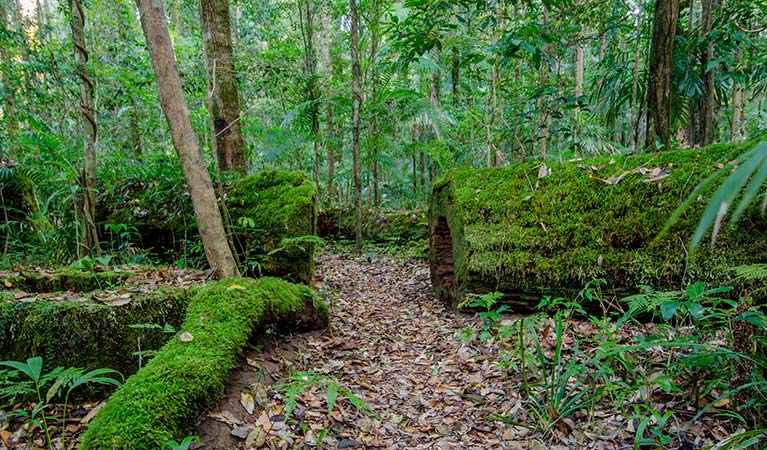 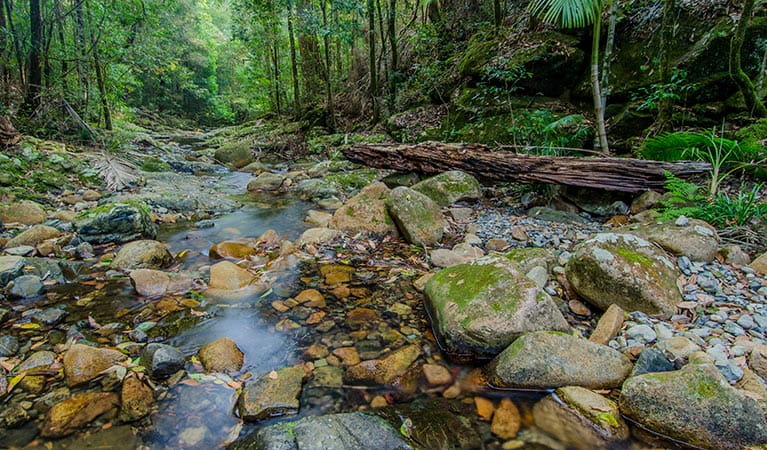