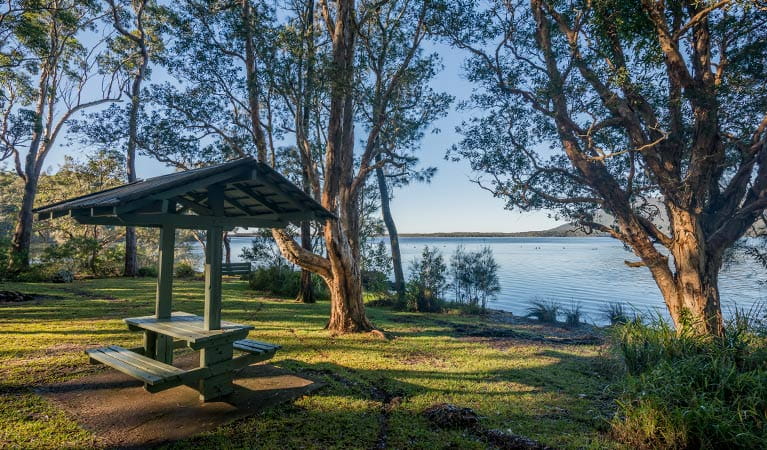 Perfect for swimming, boating and fishing, Queens Lake picnic area, in Queens Lake Nature Reserve, is an ideal family day out on the Mid North Coast, near Port Macquarie.

Be warned; once discovered, you might not want to leave the natural beauty of Queens Lake picnic area, just a short drive south of Port Macquarie. Nestled amongst towering eucalypts and lush rainforest, this idyllic lakeside spot is a refreshing oasis in the summer months. Situated in Queens Lake Nature Reserve on the Mid North Coast, it’s a great day out for families and nature-lovers who enjoy a secluded getaway without the crowds.

While away a relaxing day filled with swimming, fishing and boating. Or just sit back in the shade while the little ones enjoy paddling in the calm waters. After a relaxing lunch at the picnic tables, launch the boat or canoe from the small wharf and explore the lake.

The surrounding forests make it perfect for wildlife and birdwatching. You might see glossy black cockatoos, swift parrots and, if you’re lucky, perhaps a koala.

For the latest updates on fires, closures and other alerts in this area, see https://www.nationalparks.nsw.gov.au/things-to-do/picnic-areas/queens-lake-picnic-area/local-alerts

All the practical information you need to know about the Queens Lake picnic area .

Queens Lake picnic area is in the southern precinct of Queens Lake Nature Reserve. To get there:

Check the weather before you set out as the road to Queens Lake picnic area can become boggy when it rains.

There are lots of great things waiting for you in Queens Lake Nature Reserve. Here are some of the highlights.

Take advantage of the milder weather and go windsurfing on the lake. Or, if you prefer to stay on land, explore the reserve on foot and enjoy a spot of birdwatching along the way.

It's an ideal time to use the reserve's riverside location to enjoy swimming, fishing, paddling and boating.

Use the cooler months as an opportunity to get yourself active and go cycling through the reserve. You might even spot some wildlife as you're riding along.

If you're out on your boat fishing, waterskiing or just cruising the waterways, the safety of you and your passengers is paramount.

Queens Lake picnic area is in Queens Lake Nature Reserve. Here are just some of the reasons why this park is special: 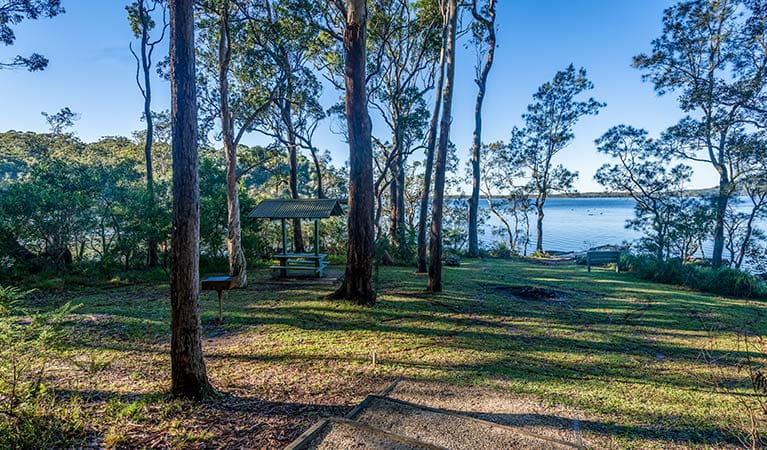 The lake and coastal region attracts not only wildlife, but makes for some the best bird watching in the region. Bring your binoculars for a feast of feathered beauties. You’ll see nectar-loving birds such as the honey-eaters and threatened swift parrot feast in the spring on native blossoms. 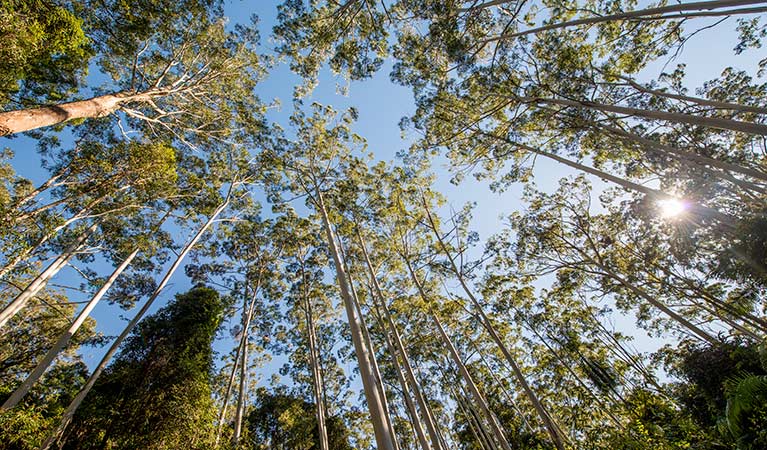 With such an array of vegetation, there’s a staggering 200 species of bats, possums and gliders that have been recorded in the reserve, and probably dozens that haven’t yet been identified. At night, the bush comes alive with yellow-bellied gliders, grey-headed flying foxes and the smaller insect-eating micro-bats. Old growth forests provide an important habitat for the magnificent large forest owls. If you’re still around in the evening, you might hear the powerful, masked and sooty owls as their haunting calls echo through the forest. Queens Lake Nature Reserve is also an important refuge for the koala, as development encroaches further on its habitat. The reserve is home to a number of koalas that have been rehabilitated and released by Port Macquarie Koala Hospital. 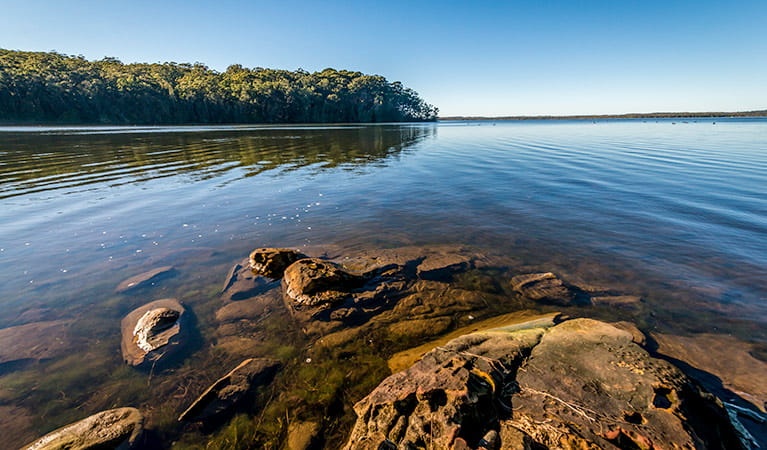 This reserve protects several significant ‘old growth’ areas and ‘old tree’ hotspots where you can see some of the forest giants that used to inhabit the region. With diverse eco-systems ranging from coastal, lakeside, rainforest and swamplands; it’s a haven for a huge range of tree-dwelling animals, frogs and birds, including a number of threatened species. 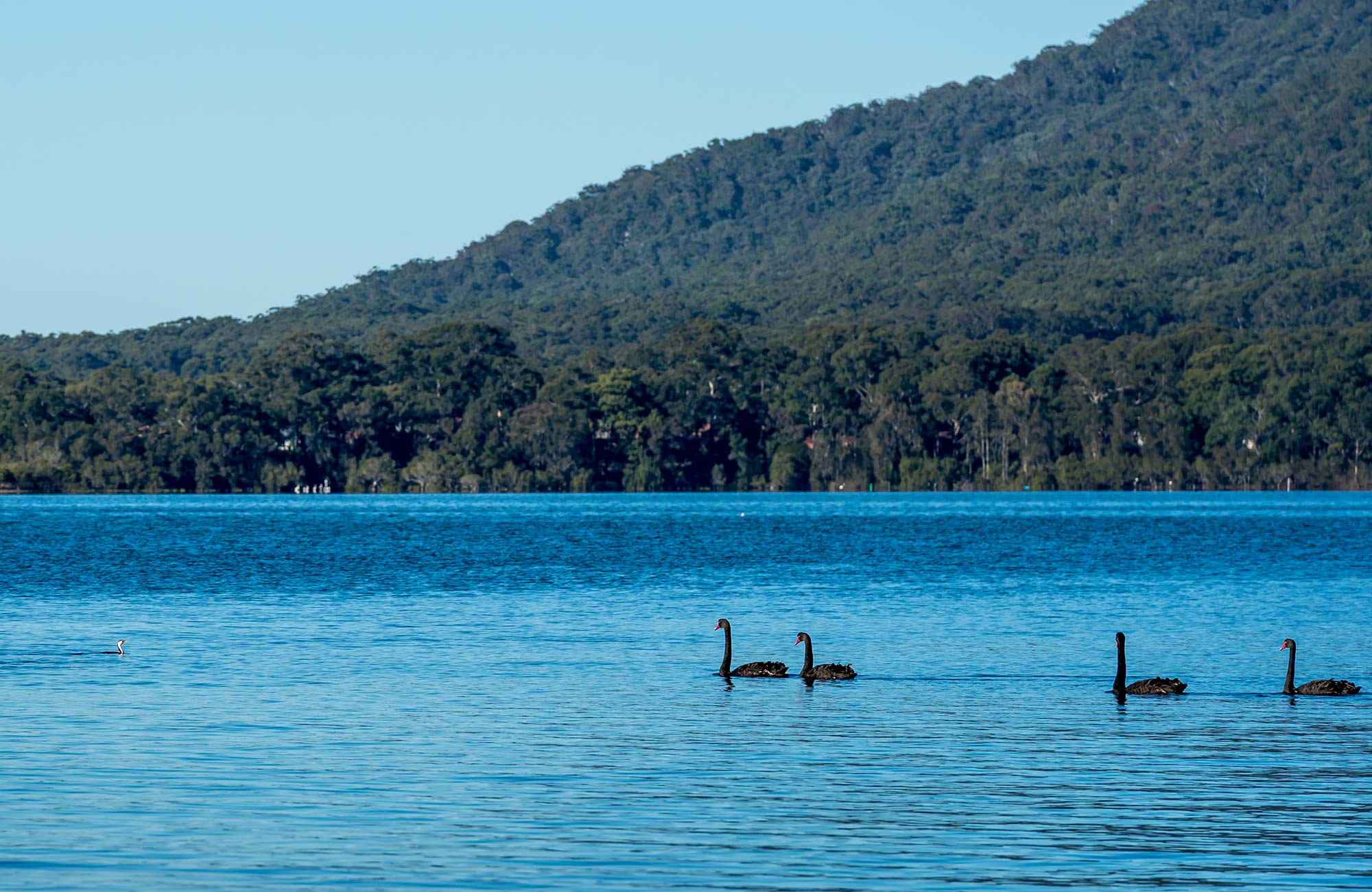