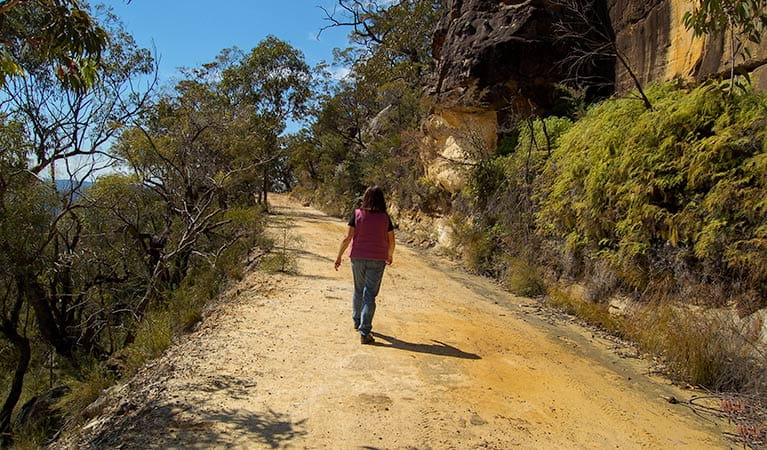 Explore the rugged and remote landscape of Parr State Conservation Area on foot or by mountain bike along Womerah Range trail. This steep and sometimes sandy track makes for a challenging experience, especially if you’re cycling. Enjoy scenic views of cliffs, rocky outcrops and dramatic gorges from this ridgeline track though Hawkesbury sandstone country. Stop for a picnic along the way and gaze out upon McDonald Valley and nearby Yengo National Park.

If you’re hiking and want to complete the whole track in two days, why not do a car shuffle and begin at the main entrance off Webbs Creek Road and finish at Parr’s western entrance on Putty Road? Otherwise, you could hike in from either entrance, stay overnight at Heartbreak Hill campground then retrace your steps the next day. There are plenty of possibilities. For the latest updates on fires, closures and other alerts in this area, see https://www.nationalparks.nsw.gov.au/things-to-do/cycling-trails/womerah-range-trail/local-alerts

All the practical information you need to know about Womerah Range trail.

Womerah Range trail is in the northern precinct of Parr State Conservation Area. To get there:

Alternatively, if beginning from Putty Road:

There are lots of great things waiting for you in Parr State Conservation Area. Here are some of the highlights.

The milder temperatures make this an ideal time for hiking and, as though purely for your viewing pleasure, wildflowers decorate the surrounding bushland.

For the adventurous, this is a great time of year to tackle an epic mountain bike ride on Womerah Range trail.

Drinking water is not available in this park.

You're encouraged to bring gas or fuel stoves, especially in summer during the fire season.

Womerah Range trail is in Parr State Conservation Area. Here are just some of the reasons why this park is special: 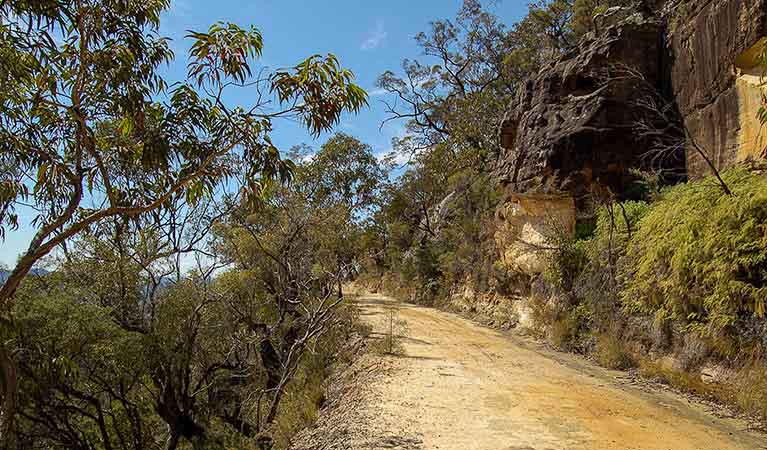 Parr contains an unusual mix of plant species which are not only different from those growing further north in Yengo National Park, but are normally found in completely different parts of NSW. Vegetation ranges from open woodlands along the dry ridges to communities of open forest and tall open forest, heathlands, mallee and sedgelands. Flowering plants typically found in Parr include grey spider, flannel, eriostemon, and mountain devil. 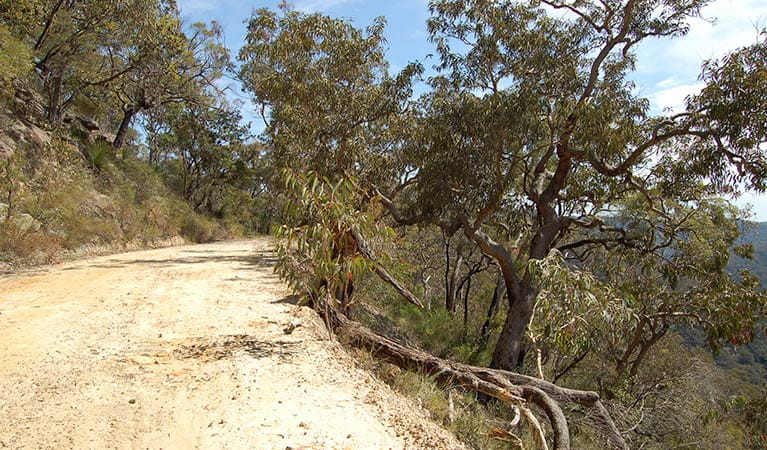 This area was named after William Parr, who was one of the earliest European explorers of overland northern routes out of Sydney. A draughtsman, boat builder and mineralogist, Parr was transported on the Fortune in 1813 at the age of 39, having been convicted of forgery. Despite a 14-year sentence, Governor Macquarie quickly made use of his skills and soon assigned him to the Surveyor General’s department as a mineral surveyor. In October 1817, Parr and his party set off from Windsor to find a trafficable route from the Hawkesbury to Hunter River, but did not quite reach Hunter Valley. Early European transport routes between Sydney and Hunter Valley are evident within Parr State Conservation Area, with remnants of Putty Road/Old Bulga Road. Today, Parr conserves Webb Creek catchment. 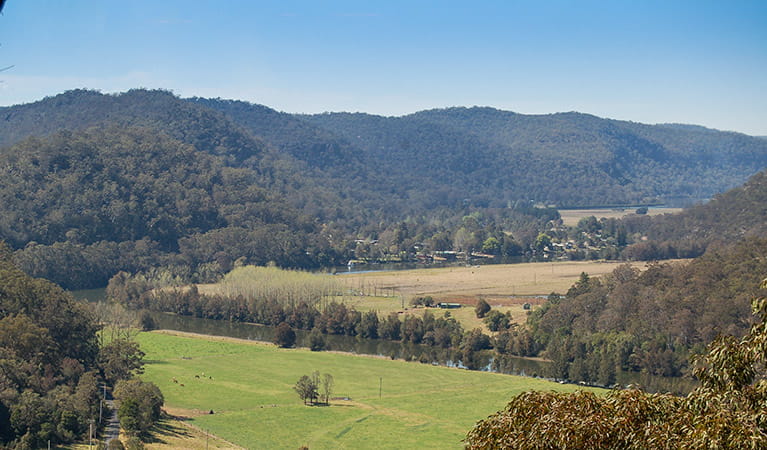 It was probably around 13,000 years ago that Aboriginal people first moved into this area. Until European settlement, these people lived off and nurtured the land and a large number of Aboriginal sites have been recorded within Parr. Mount Yengo (originally Yango), in adjoining Yengo National Park, is of particular significance; it was the place from which Biamie left the earth after creating the world, flattening the top with his foot as he went. Many sites within Parr, Yengo and the surrounding regions are closely connected with this mountain. Today, the local Aboriginal community retains a strong and active interest in the management of these sites and the landscape, along with a desire to preserve, as well as revive, Aboriginal culture. 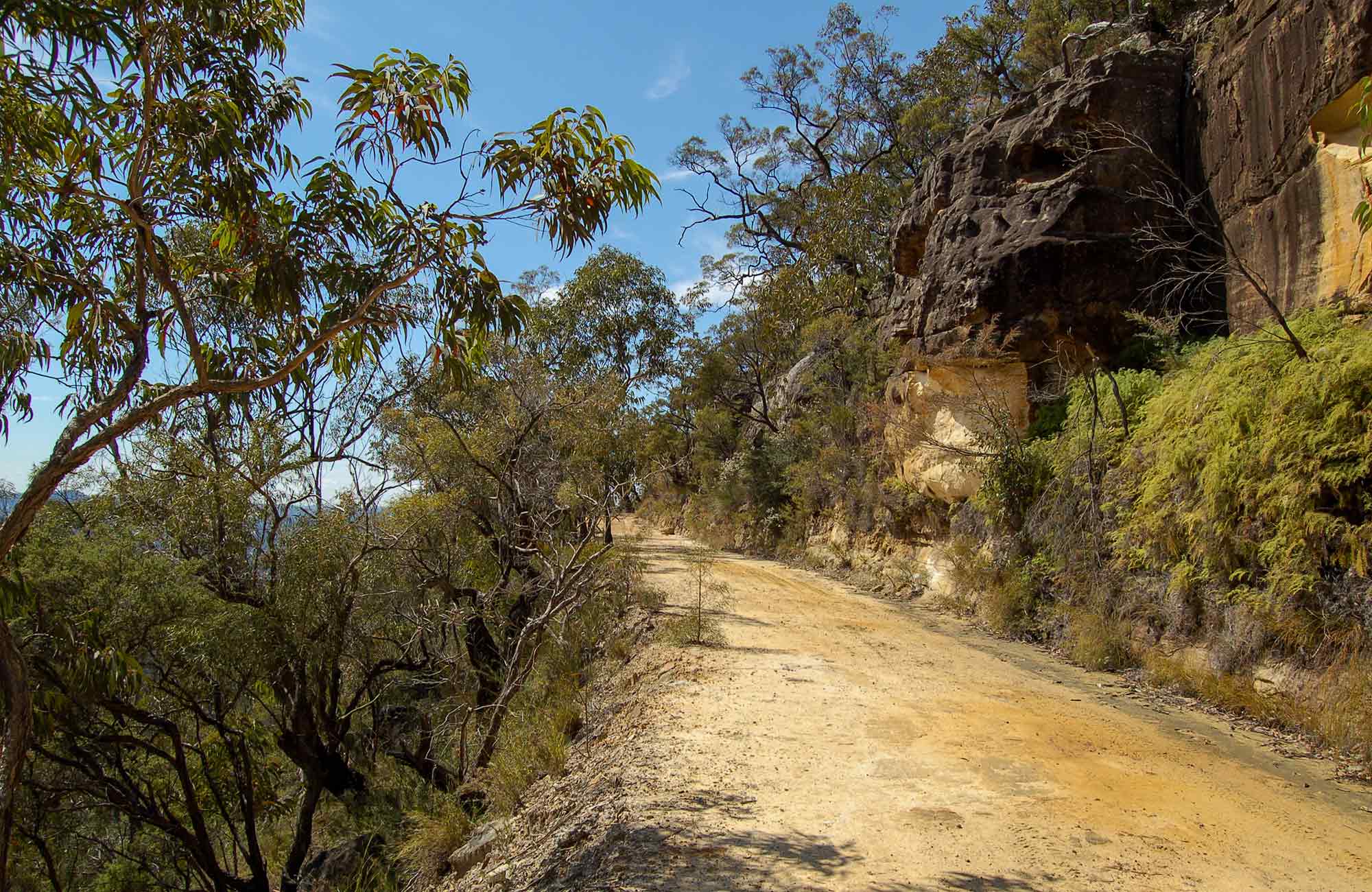