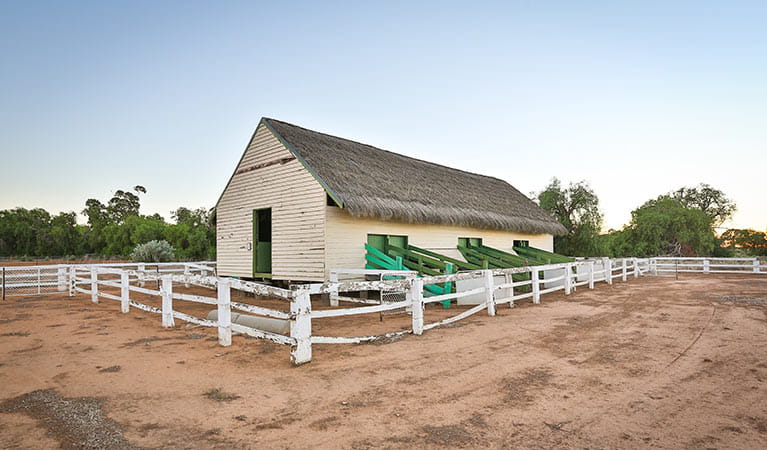 Cycle, walk or drive through the various wildlife habitats of Western Rivers in Willandra National Park and discover remnants of the area’s rich pastoral history.

Europeans were first attracted to the Willandra area by the river system and native grasses and ran cattle and sheep, but by the second half of the 19th century, grazing sheep for wool predominated. Willandra eventually became the largest pastoral station in the area. The old bush song, Flash Jack from Gundagai, boasts about having “shore at Big Willandra”.

Over 100 years of grazing and pasture have modified the natural environment, yet the plants and animals are gradually being restored. The wetlands, woodlands and grassy plains of the park house 23 species of reptile and over 195 different types of bird including emu and the endangered plains-wanderer.

See kangaroos graze and play on the plains at dusk and dawn, look out for bearded dragons as you cycle the Merton trail, and spot a harmless carpet snake near the historic buildings. At the end of the day when you’re ready to relax, sleep in historic men's quarters and keep an eye out for the ghost of Flash Jack during shearing season.

For the latest updates on fires, closures and other alerts in this area, see https://www.nationalparks.nsw.gov.au/visit-a-park/parks/willandra-national-park/local-alerts

All the practical information you need to know about Willandra National Park.

Roads to and throughout Willandra National Park are closed in wet weather. For road conditions in the area, visit the Carrathool Shire Council website.

There are lots of great things waiting for you in Willandra National Park. Here are some of the highlights.

Like spring, this season is also a time of mild weather.

Spring brings mild weather and fantastic birdwatching opportunities, as well as being the best time for wildflower displays. Drive, cycle or walk the scenic Merton trail or follow the Nilla Yannagalang Billana walking trail to make the most of what's on offer at this time of year.

Make a detour to nearby Merriwagga to visit the Memorial to Pioneer Women, a sculpture by Ron Clarke that commemorates the tragic death of Barbara Blain, the wife of a bullock driver in 1886; the monument recognises the hardships and contributions of all pioneer women in the district.

Griffith is at the heart of the vast Murrumbidgee Irrigation Area and produces about 60% of the grapes grown in the State. Today, there are more than a dozen wineries in the district with world-famous names. Visit De Bortoli or Hanwood and stock up on local produce, such as jams, preserves or pasta sauces.

This exciting and innovative exhibition space uses contemporary design and cutting edge technology to tell the story of Australian sheep shearing. You'll meet the shearers, shed hands, cooks, classers, cockies, sheep and dogs behind the legends at this sparkling gallery-museum in Hay.

Willandra National Park is a special place. Here are just some of the reasons why:

What bird is that? 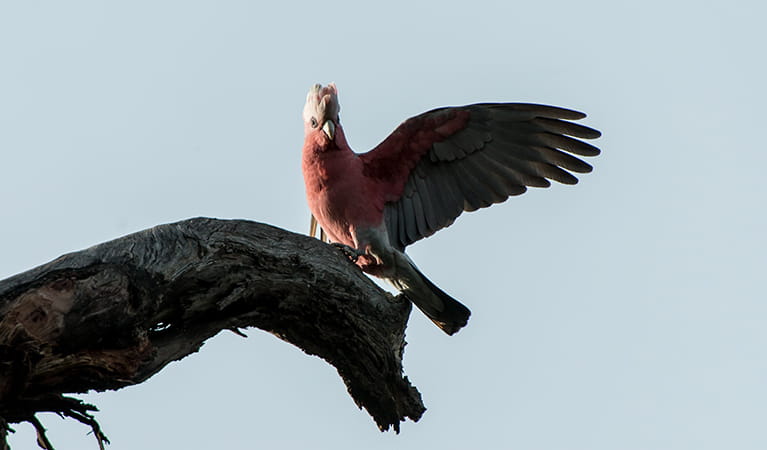 Could there really be 195 species of birdlife within an area of less than 20,000ha? The diversity of Willandra's natural environment — from woodland and wetland to grassland and open plain — provides a variety of habitats. The result is an eclectic mix that includes emu, swan, seagull, night heron, raptor and duck. Set yourself the challenge to see how many different birds you can spot during your visit.

The ringer looks around 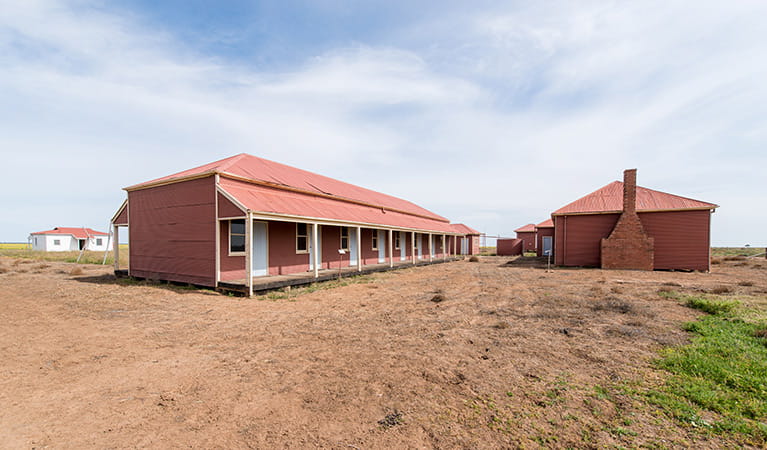 Big Willandra Station once stretched from Hillston to Mossgiel and covered an area eight times that of what is now Willandra National Park. Some buildings from the huge merino stud are in ruins, while others have been restored. In its time, Big Willandra saw it all: illegal squatting, leasehold, freehold, homesteading, the establishment of the Western Lands Commission, resumptions and soldier settler occupation. Today, you can enjoy cheap heritage accommodation, ideal for a weekend family or group getaway. 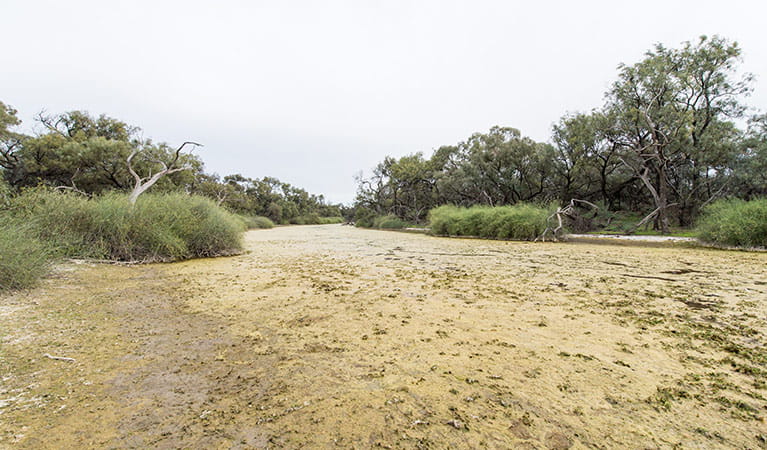 Windmill, cane, spear and white top - the names of Australian native grasses really have evolved to become far more fun than their original Latin terms. These grasses now make up most of the ground cover on the park's plains. Saltbush and cottonbush dominated - and still does - but Europeans quickly recognised the nutritional value of these plants and a century of grazing has changed the environment. A hike through the wetlands, woodlands and grasslands of the park, rich with birds and animals, is a reminder of how nature continues to adapt.

A closer look at Aboriginal culture 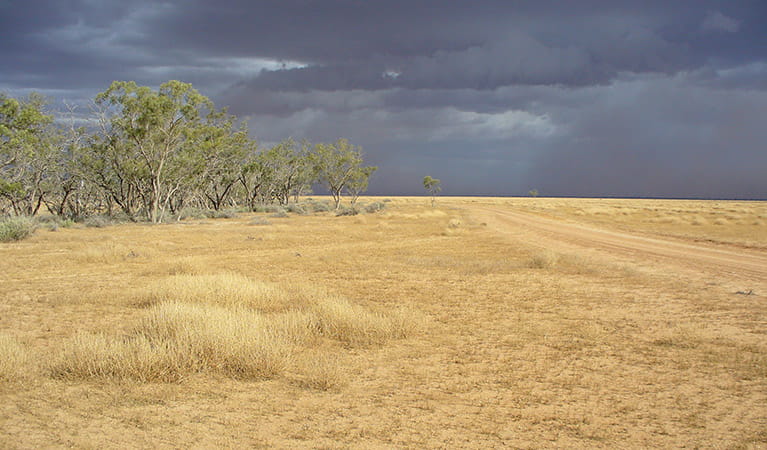 Evidence of Aboriginal people's lives on this land can best be seen on the scalds near Halls Lake, near the Merton trail, where erosion has exposed a number of objects. Take a look at (but please don't touch) the remains of oven hearths, broken pieces of grinding dishes and stone flakes. Nilla Yannagalang Billana, the only formal walking track in the park, means 'walking along together' in Wiradjuri.

Willandra National Park has management strategies in place to protect and conserve the values of this park. Visit the OEH website for detailed park and fire management documents. 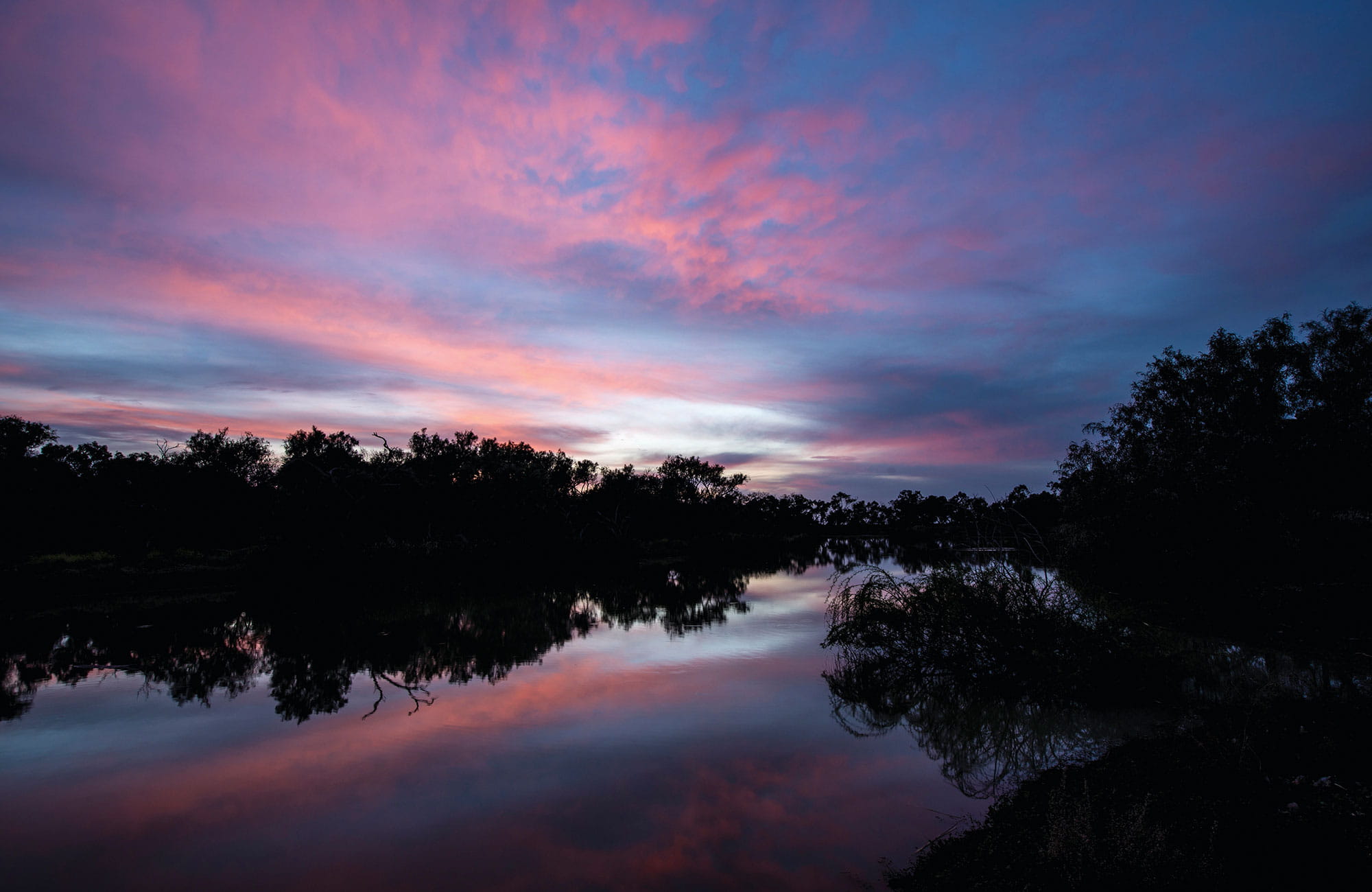