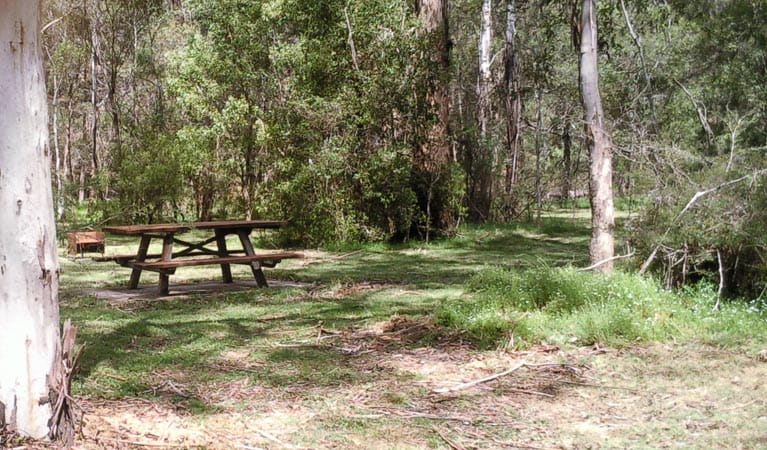 Easily accessible Mulloon Creek campground is a great place to camp for families, with some basic facilities and a peaceful forest setting.

You might just get lucky at Mulloon Creek campground and find you’re the only people here. Set beneath tall eucalyptus trees by a small creek – too shallow for adults to swim in, but kids should be able to have a decent splash – it feels remote, yet is only about 50km from Canberra on the road to the coast.

Just spend a day or so relaxing while cooking up a barbecue, and trying to identify the birds that live in the trees. As night falls, you might see red-necked wallabies, some greater gliders getting ready for their after-hours activities, and even a wombat or two. Otherwise, arm yourself with a map and some water and go for a bushwalk, or test your 4WD skills on some of the park’s fire trails. 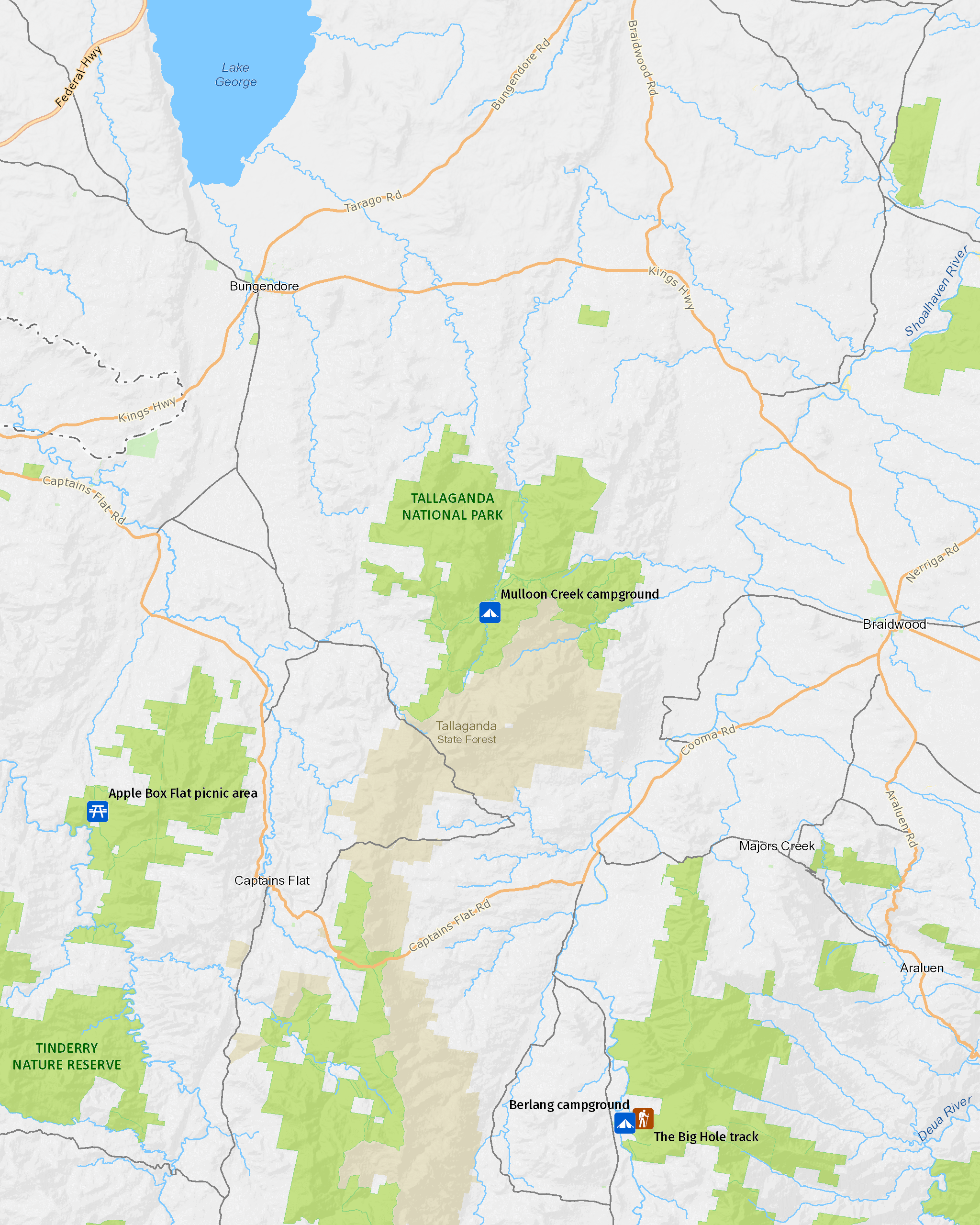 For the latest updates on fires, closures and other alerts in this area, see https://www.nationalparks.nsw.gov.au/camping-and-accommodation/campgrounds/mulloon-creek-campground/local-alerts

All the practical information you need to know about Mulloon Creek campground.

Mulloon Creek campground is in the northern precinct of Tallaganda National Park. To get there:

Parking is available here, a short walk from where you’ll camp.

There are lots of great things waiting for you in Tallaganda National Park. Here are some of the highlights.

The wildflowers are in bloom. Head to the higher altitudes to see the yellow sticky everlasting and pink trigger plants. The blooms also attract lots of birds.

Escape the heat of Canberra – the temperature at Tallaganda is usually a couple of degrees cooler than the capital. Camping near Mulloon Creek is perfect when it gets hot. It's too shallow to swim here, but it does provide the perfect relaxing backdrop.

Firewood is not provided and may not be collected from the park.

Mulloon Creek campground is in Tallaganda National Park. Here are just some of the reasons why this park is special: 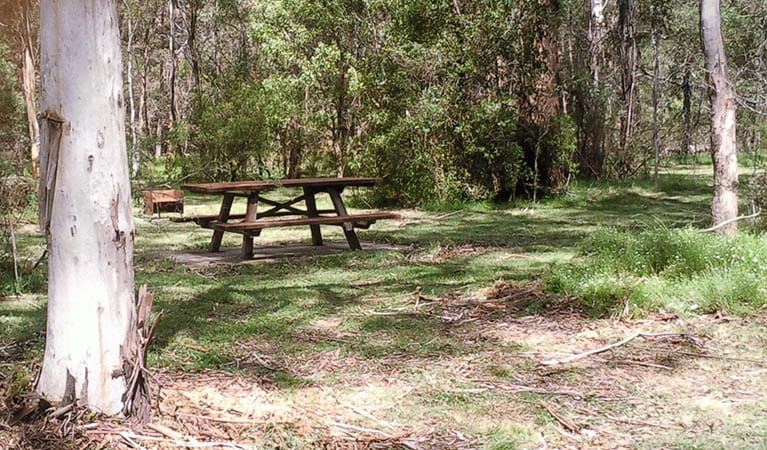 While there are few facilities at Tallaganda, there’s lots of opportunity to get back to nature. Fire trails cross the park and are great for mountain bikers, and some of the walks are for experienced, self-reliant walkers (always take a topographic map with you). Those with a 4WD might like to bump across these trails in their vehicles. There’s also a campground and picnic area at Mulloon Creek that’s accessible by 2WD and is a great spot for overnight camping. 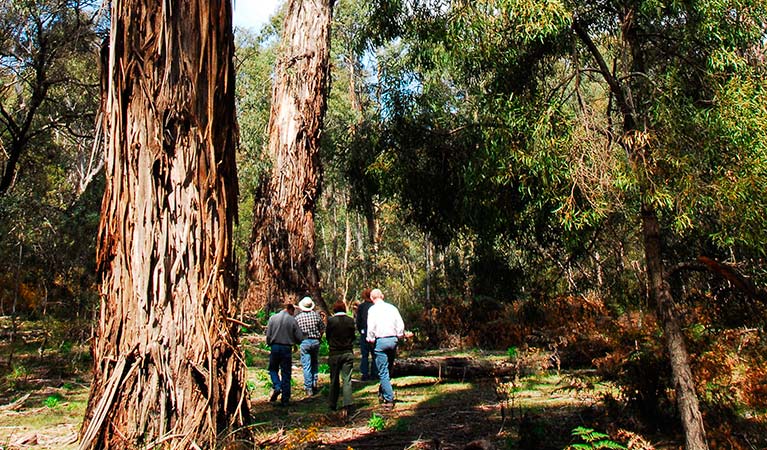 There’s a diverse range of forest types represented in Tallaganda National Park, including moist forest, dry forest, and smaller amounts of low open forest and subalpine woodlands, particularly in the southern section of the park which features snow gums. This is the best place to go looking for wildflowers during spring, when bluebells and buttercups sprout through the short grass. There’s also some rare high-altitude swampland that’s part of the Montane Peatlands and Swamps Endangered Ecological Community. 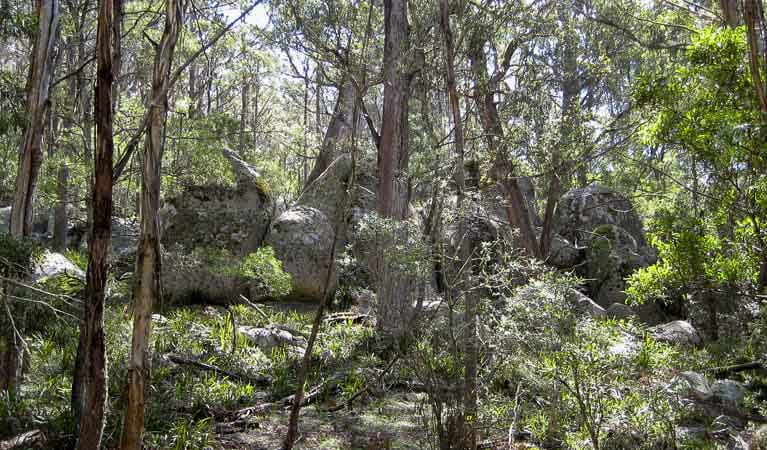 Because there is such a range of environments, many animals call Tallaganda National Park their home. Some, like the echidna, spotted-tail quoll, and red-necked wallaby, are quite numerous. The forest is home to many tree-dwelling animals, including the greater glider, sugar glider, and vulnerable eastern pygmy possum, all of which are more likely to be seen as dusk falls, as are some of the bats that live here. The park is also an important habitat for some far less cute creatures, including funnel web spiders (so take care) and velvet worms, which look quite like caterpillars, live on logs and bear live young. More than 55 species of birds have been reported as living in Tallaganda National Park. Nocturnal birds like the white-throated nightjar, and powerful and barking owls, can be heard after dark – the latter has a call that ranges from a dog-like bark to a high-pitched scream. During the day, watch out for pink robins, olive whistlers and flame robins, and, if you’re walking through casuarinas on some of the dry, western ridges, you’ll likely see (and hear) glossy black cockatoos. 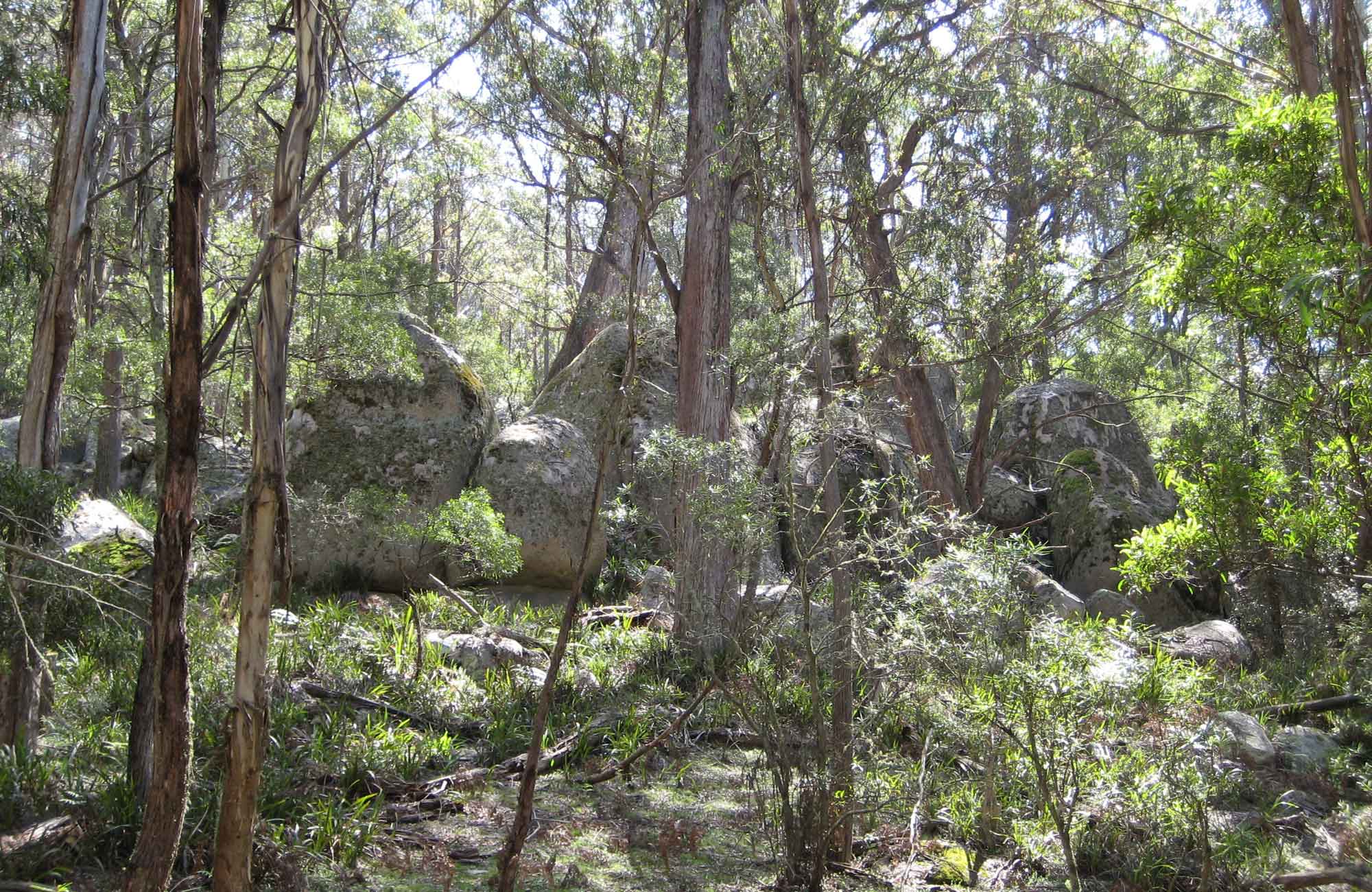